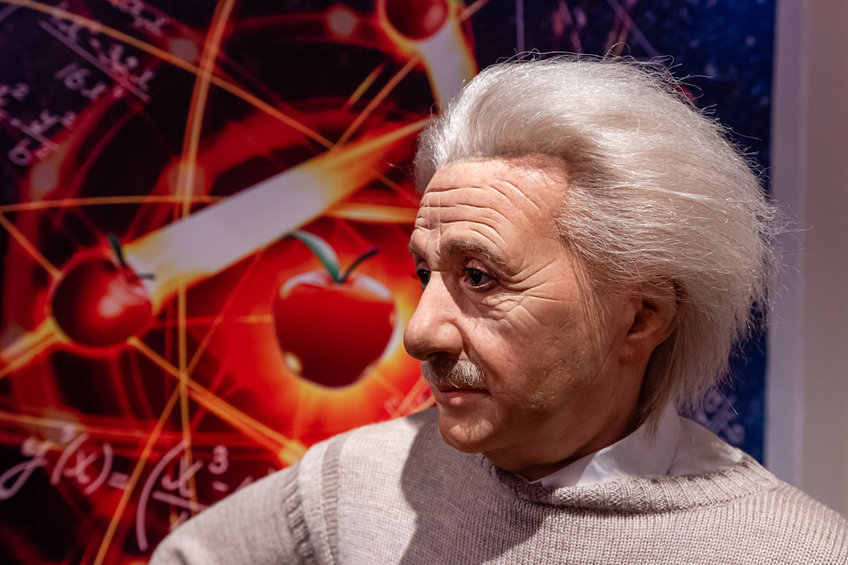 Marty Lucas will present “Science and Dowsing — Who Answers When I Dowse?” on Sunday, November 14 at the 2021 Natural Living Expo.

Many people question the “science” of energy work. That is probably pretty common, whether it is dowsing, radionics or any of the subtle energy specialties. If scientific progress stopped when Newton got hit by the apple, then the skeptics would have a point. But science did not stop.

For the last 350 years researchers have been trying to explain what they observe so they could form theories to be able to predict outcomes.

For me, seeing is believing. I am not so concerned about having a theory. I simply want to know how I can do my energy work better and achieve more consistent results. If scientists can help, then I’m all for them.

The thing is, they have. Energy work is not unscientific; it is simply not explained by the high school physics skeptics rely upon. Advances since Isaac Newton form a strong foundation explaining much of what we do.

In short, we live in a multi-dimensional hologram of light, where all things are connected. Furthermore, that hologram is controlled by consciousness, and DNA is our antenna into that holographic energy/information field.

When Maxwell was formulating the mathematical equations to explain electrical phenomena, his equations were too complex to be solved with the mathematics of the time. Oliver Whiteside simplified his equations by discarding the multi-dimensional aspects. The parts he “threw away” explain the subtle energy scalar fields.

Western science continues to be hobbled by Whiteside’s simplifications, but Russian and Chinese scientists have been exploring the scalar aspects of subtle energy for at least the last half a century.

That said, when you have a basic grasp of modern scientific theories you also have an explanation for energy work.

Everything in a hologram is connected. Each piece of a hologram contains all the information for the whole. Having that connection makes our work possible. Remote energy work is possible because of this connection.

Since, the stuff around us is not really stuff, but simply a manifestation of the interference patterns of light, changing stuff is just changing the information pattern. In a world of energy and information, when you have enough energy, you can change the information.

Dowsing to find an underground water vein is simply detecting an energy pattern. Even “miracle” healing can be explained by changes in information.

Now if we add some of the neurological advances to our toolbox and we see that the brain operates in scalar frequencies. Scalar frequencies are not confined to just three dimensions. Memories are not stored in the neuro-network between our ears, but in the information field. Our DNA is not a toolbox of computer instructions where 95% of it is “junk,” but an antenna into the multi-dimensional energy/information field. (Sheldrake called it the morphogenic field.)

I want to talk about Tom Bearden, Dr. William Tiller, Dr. Glen Rein. I want to know more about the work of Dr. Beverly Rubic, Andrew Michrowski, and George Kuepper. Let’s spend time with Dr. Daniel Taylor, Michael Leger, Dr. Claude Swanson, or Eric Rowley.  These are just some of the modern scientists working to explain how subtle energy works.

Modern science helps me understand how dowsing works. It gives me rational explanation of radionics, healing at a distance, and most other psychic phenomena. I don’t believe in the religion of science where only things we can explain exist. I believe in the science that keeps working to find better explanations of what we see.

When I hear about something strange, I can dismiss it as a fantasy, or I can investigate it and see where the truth lies. If after investigation, I find that it was simply a fantasy, I have lost little.  n the other hand, if it turns out to be true, and I can understand how it happened, then the benefits can easily outweigh the costs.

Dowsing gives me accurate answers beyond any chance of random coincidence. My radionic work has shown me countless “miracles.” I have seen instant healing. I’ve watched people change as an energy worker adjusts their field. I have seen diseases disappear, weeds wither and insect infestations vanish. An iridologist has looked into my eyes and told me things that I thought were secret. A medical intuitive has given me more accurate information about my internal organs than my doctor.

There is still a lot I do not understand. But I don’t let my understanding (or lack of it) interfere with my doing. So, skeptics don’t bother me. Their belief systems bind them, not me.

My life has become a magical journey of what is possible. The scientists I study help me to understand how.

I trust the science only so far as the theories support what I see. Recently we see people that deny evidence to support their theories, and others that tell us some things must simply be divine manifestations without explanation.

That puts me in the middle. I see miracles as unexplained science. If evidence doesn’t support current theories, it isn’t the evidence that is wrong.  So, I suppose I don’t subscribe to either religion.

Marty Lucas is a past president and trustee of The American Society of Dowsers, and the United States Psychotronics Association. He is a full time radionic practitioner, teacher and consultant, with one of the largest radionic laboratories in the Midwest. He uses dowsing in his work, his life and on his small organic farm, and is known for conveying complex information in an interesting and easy to understand manner. On Sunday, November 14, Marty is speaking at 10am at the Natural Living Expo in Marlboro, MA on “Science and Dowsing: Who Answers When I Dowse?” Visit Marty at the American Society of Dowsers booth #315-317.