Urban Nature: What Kinds Of Plants And Wildlife Flourish In Cities?

Biodiversity refers to the variety of all living things on Earth, but people often have very specific ideas of what it means. If you run an online search for images of biodiversity, you are likely to find lots of photos of tropical rainforests and coral reefs.

Those ecosystems are invaluable, but biodiversity also exists in many other places. More than half of the people on Earth live in cities, and that number is growing, so it is especially important to understand how biodiversity patterns occur in our man-made environments.

As an ecologist specializing in urban systems, I spend a lot of time investigating biodiversity in parks, residential areas and abandoned zones in and around the city of Baltimore. My main interests are seeing how urban dwellers invest in biodiversity, which species persist in cities and what kinds of biodiversity can thrive in green spaces.

In spite of the substantial environmental changes that humans have caused in cities, research shows that they still contain many forms of life. And we can develop and maintain habitat to support them. 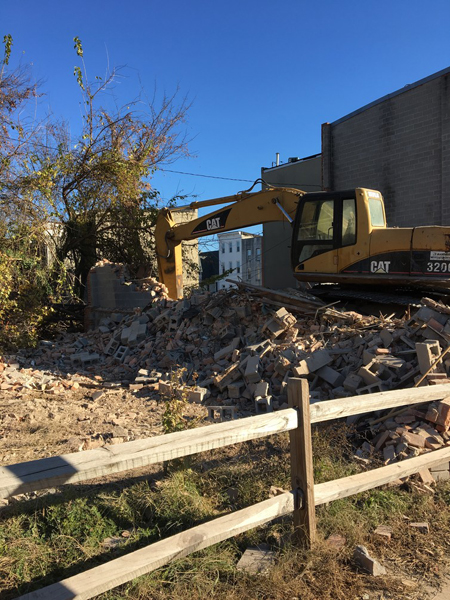 Human activities such as farming and building roads disturb the environment. This changes habitats, causes plants and animals to move and alters biodiversity patterns.

In cities many of these shifts are obvious. Cats and coyotes are now the top predators in many urban areas, perhaps replacing species that dominated before these areas were settled. Humans have introduced exotic species such as tree of heaven, and pests such as the emerald ash borer. And our living patterns have promoted eruptive growth of some species, such as white-tailed deer.

It is common to assume that few other species remain in disturbed urban environments. But in fact, there are many pockets of biodiversity in and around cities, such as frogs living in stormwater detention ponds and trees in restored streamside forests. Landscapes that people create in and around their homes support many ornamental herbaceous and woody plant species.

Our research group works to understand the relationship between people and urban biodiversity patterns. The most prominent feature of the urban environment is that it is fragmented into many small zones. Human activity creates more patches of smaller size and greater edge lengths between types of habitats than we would expect to see in undisturbed areas.

This benefits species that thrive at edges, like white-tailed deer and nuisance vines, but harms others that require larger interior habitats, such as certain birds. As human activities create a more fragmented environment, it becomes increasingly important to create linkages between natural areas, such as preserved forests, to maintain populations and their biodiversity.

Humans also modify dispersal patterns. We place preferred plants in our yards and gardens, transplant wild shrubs from forests to suburban yards and trap nuisance animals such as beavers and relocate them to forests.

Work from our research group has successfully related people’s management practices to understand how species are gained or lost from one location to the next. This concept, which we call “species turnover,” is a major way in which biodiversity increases in cities. Where people make many different types of choices, we have found that the trees people manage change a lot. This tells us that what one person sees as valuable differs from another’s, which increase biodiversity in these areas. In “ignored” or less managed areas, such as vacant land, we see a less diverse mix of species on average.

How past actions influence the present 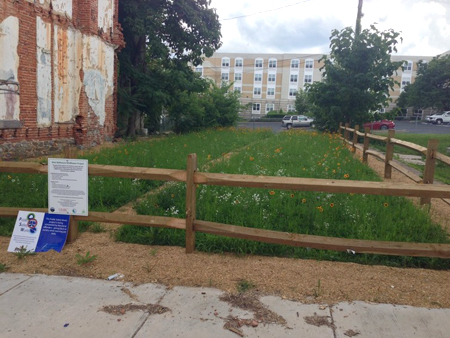 Ecologists can also understand biodiversity in cities by studying how humans have altered and then abandoned some areas, and how plants and animals have responded. Such human legacies are profound in old cities like Baltimore.

Our research group has studied these impacts on patches of land where buildings once stood. There are more than 14,000 vacant lots in Baltimore where houses have been razed, which adds up to a lot of habitat.

We have found that buildings’ footprints have very different soils from the areas around them that once were backyards. Footprint soils are compact and comprise mainly building rubble, while backyards have healthier soils. Although these habitats are close together, they support different plant communities. Plants growing on building footprints tend to be similar, while there is very high species turnover in former back yards.

Every species has traits, such as a plant’s nitrogen fixation rate and flower color. These characteristics support the services that the species can offer – for example, providing habitat for songbirds. As cities move toward more green practices, knowing about species’ traits can help planners choose which plants, animals, birds and insects to support.

In West Baltimore, my research group has cleared and seeded vacant lots with different mixes of native plants that reflect different traits to learn which species combinations can confer the most ecosystem services. In urban areas, valuable ecosystem services include supporting bees and other pollinators and improving soil quality. 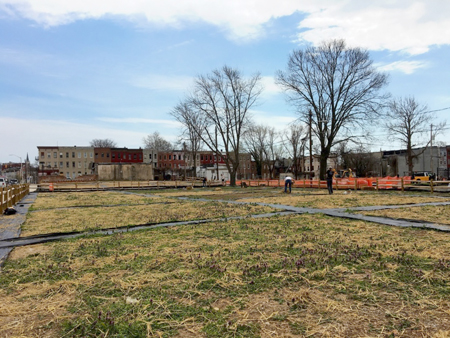 We have found that native plant species can become established and persist even on poor urban soils. Working with local high school students, we have carried out pollinator surveys over two years, which show that these plants support more abundant and more diverse communities of pollinators, including bumblebees and butterflies. Over the next five to 10 years, we plan to expand this work across 65 plots on vacant land so that we can understand the full range of ecosystem services that native plants provide.

Residents who live near our research plots are happy to see areas that were unmanaged and largely neglected turn green. Even small “pocket parks” can brighten communities.

We have many other questions about urban biodiversity. How do city dwellers living in cities think about biodiversity? What traits of different animals and plants do people find attractive, and do those traits provide desirable ecosystem services? By analyzing these issues, we can learn more about which animals and plants do the most to enhance city life and how we can help them thrive here.

Dr. Christopher Swan is a community ecologist with general interests in how and why species assemblages are maintained in space and time. His research and outreach program takes a broad approach to understanding how biodiversity is organized in both natural and urban ecosystems. This is accomplished through interdisciplinary collaborations with scientific and community partners, as well as informal education.

See also:
Animals And Plants Evolve Faster In Cities — With Implications For Humans
It's Time To Get Rid Of Your Lawn!