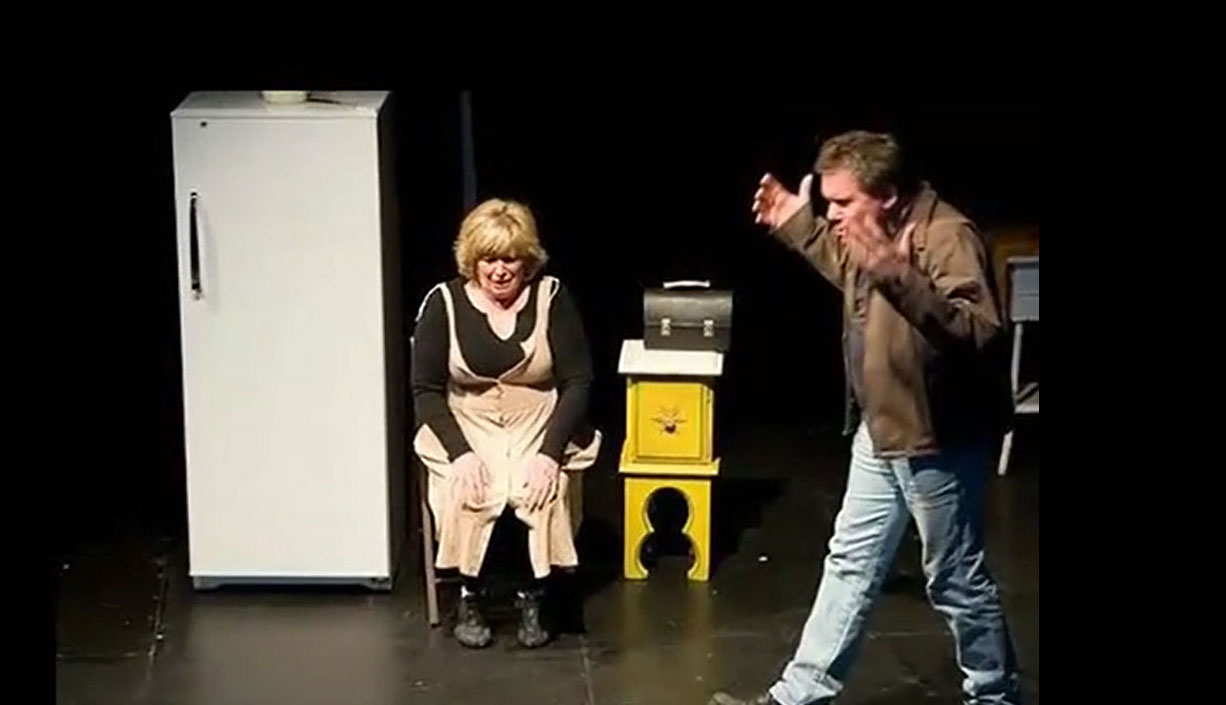 Visions is a powerful play on drug addiction, alcoholism and recovery. It depicts the “bottoms” from the use and abuse of substances, the realization of the problem, and the acceptance of treatment and Twelve Step programs. Most of the performers in these vignettes dealing with addiction, recovery, homelessness, AIDS and other ills are recovering addicts themselves.

Opening in Secaucus, NJ, in 1991, Visions has been performed for over 30 years on stage — free of charge for the most part — reaching tens of thousands of people as far west as Texas. Setting up in homeless shelters, prisons and other non-traditional venues, the all-volunteer, no-last-name cast and crew use the powerful medium of theater to educate about drug/alcohol addiction, and show that recovery is possible. There is hope.

The journey of Visions begins in 1991 with author/producer/director Bob L. This is his story.

The auto parts whirled down the conveyor shoot. Like every other day at the auto plant, I would catch them and place them in the cages for transport. But today was a special day, because it was the day this hourly auto worker began to write about what it was like to live in alcoholism and drug addiction, how it affected my family, job, and society. I will write it as a play, I decided.

The first few pages came easily, and then silence. Another failure I reminded myself: “You never completed anything!” The parts kept coming down the conveyor shoot. I lowered my head in surrender and went inside the cage where the parts were to be sorted. Amidst the noise of the large sortation machine nearly a city block long I prayed, “Help me!”, just like I did in my recovery.

And something happened! It was at that moment I was inspired to finish the play Visions. Each day after work I went into the traffic office and typed the script, one finger at a time.

When it was completed, I brought the script to several community theaters and colleges. All turned me down saying, “Not our cup of tea. Too harsh and real!” Dejected, I lowered my head.

The script would eventually find its way into the hands of a Hospital & Institution Recovery Convention Committee, who asked me to perform it at their upcoming convention in NJ. I was elated, but where would I get the actors? How to direct? Where to rehearse?

I turned to my new recovery friends and asked them to join me. Yes, twenty wonderful souls would come! Five churches would donate space, so I began the rehearsals, a few here and there, eventually bringing them together like beads on a string.

I decided from the day I started seeking the Visions troupe members we would remain anonymous, no last names, and no pay. Visions was a gift to me, and the greatest of all gifts is the one that gives without ever asking in return. All donations are used to bring the play to those who have nothing.

The day before the convention we brought the play to Integrity House long term rehabilitation center in Secaucus, NJ. After the short performance, the audience members were weeping in gratitude and hugging us. The reaction was repeated the next day at the H & I convention.

The years have passed, thirty-one of them since that September evening in 1991. The performance has grown from a 20-minute one-act production to one hour. My hair has thinned and I have grown older. But Visions still remains a great gift of healing, bringing hope to the hearts of more than 40,000 people in treatment centers, shelters, prisons and communities, and healing to the more than 500 anonymous members who have joined me to carry a message of recovery to their peers. There are few actors here;  it is all recovering alcoholics, addicts and others who have been in the orbit of those addicted. This is the basis of all peer recovery programs.

The Visions troupe that started in northern New Jersey has reached as far west as Texas. Fifteen separate casts have been formed, including ones in prisons and in-patient facilities, to carry the message of hope and recovery from substance abuse. As our outreach and donations expanded, we updated our primitive audio and lighting equipment, and acquired staging, turning rehabs into theatrical arenas with our cast and crew of twenty plus members. After each and every performance the cast go out into the audience to connect with their peers and ask them to join the troupe. An opportunity to give back. A healing for both audience and cast.

Hope inspires one to reach new heights. The great opportunity is to Pass It On. 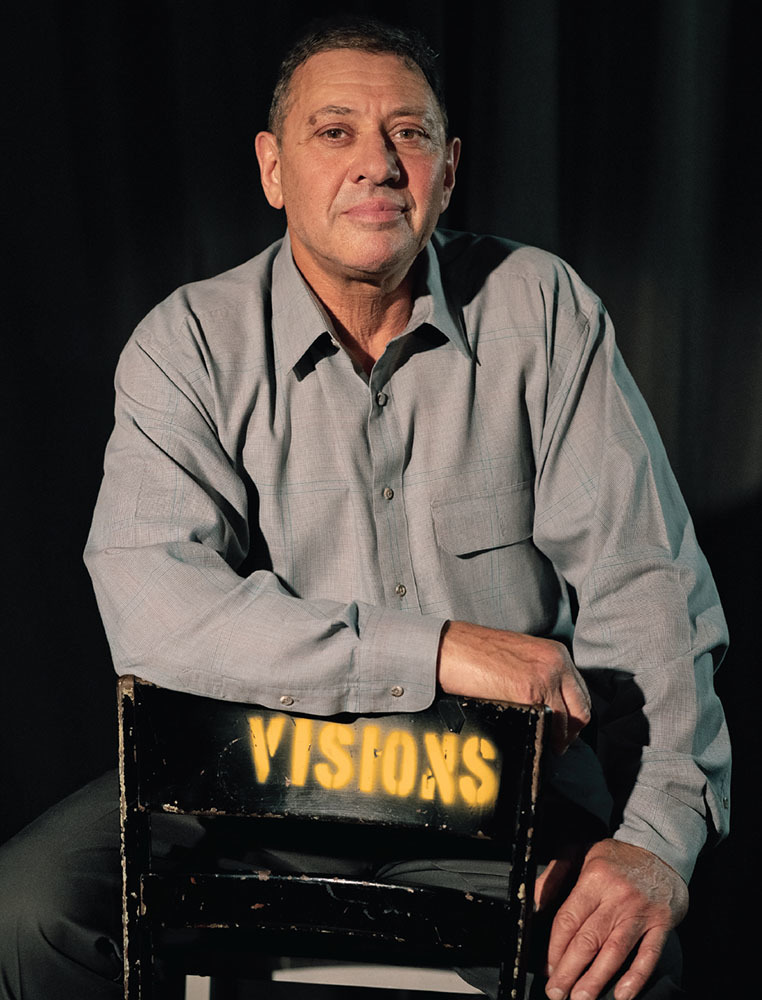 Would you like to audition for the Visions recovery play? Call Bob at (201) 281-4215 or e-mail visionsplay@gmail.com. Visit www.visionsrecoveryplay.com.