Summertime is “kitten season” – unspayed female cats go into heat and give birth to more adorable kittens than animal shelters can give away.

That’s why local humane societies encourage prospective pet owners to bring cats into their homes in June, also known as Adopt-a-Cat Month. Animal protection organizations like the American Society for the Prevention of Cruelty to Animals also step up their appeals to the public for donations to fund widespread spaying and neutering that will help bring the companion animal population under control.

But a growing number of animal advocates insist that these well-intended, altruistic efforts should change course. They’re using mathematical reasoning to deliver a sharp message to mainstream animal charities and their donors: The money you spend to help cats, dogs and other human companions could be used more effectively to improve the lot of chickens, pigs and other animals raised in farms for food.

As a vegan who has long been troubled by society’s hypocritical treatment of different kinds of animals, I find that this argument makes sense. And as a researcher who studies nonprofit animal advocacy and food justice, I believe this demand for what supporters call “effective animal advocacy” has a chance to reshape the animal protection movement.

When it comes to making life good for our beloved companion animals, our generosity knows few bounds. Americans spend nearly US$70 billion annually on feeding, grooming and boarding our pets, as well as paying for their medical care and adoption fees.

But sadly, we also euthanize more than 1.5 million shelter dogs and cats every year because the supply of companion animals outpaces demand. Rested Paws reports that only 710,000 animals from shelters return to owners each year. For a nation of unabashed animal lovers, that’s a sad and shocking statistic.

That contradiction may explain why so many Americans give generously to charities that promote animal welfare. Charity Navigator lists more than 300 of these nonprofit groups. According to my calculations, they collectively raise close to $1.9 billion a year.

But peruse that list of major animal welfare nonprofits and one thing becomes clear – the primary beneficiaries of their compassion are companion animals. Less than 1 percent of all the money donated to animal charities supports groups that exclusively advocate for farmed animals.

This charitable giving reflects a cultural bias that insists some animals are more important than others. An increasingly vocal set of animal advocates are using science and math to prove this bias wrong.

Why Cats But Not Chickens?

The number of cats and dogs euthanized every year pales in comparison to the more than nine billion farmed animals killed for food Americans eat or export, as well as the more than 46 billion fish and shellfish killed worldwide and destined for U.S consumption. 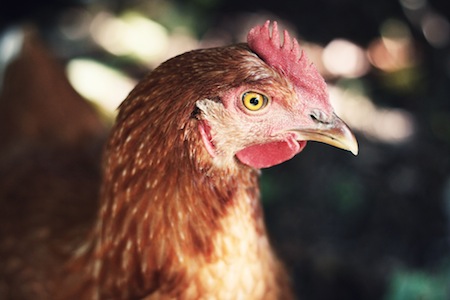 At the same time, scientific research shows that animals such as chickens, pigs, cows and even fish are as smart and self-aware as dogs and cats. They all seem able to build emotional relationships and think in complex ways. Yet they continue to suffer greatly in a system that breeds them to be unnaturally large, excuses cruel treatment as standard practice, generates a lot of pollution and is deemed by scientists to be environmentally unsustainable.

Animal Charity Evaluators is a nonprofit that tries to help people who donate to animal welfare causes identify groups that will make the best use of their gifts. It argues that donations that impact the lives of farmed animals are more effective than donations to places like animal shelters. It’s simple math – farmed animal welfare is a much bigger problem and there are cost-effective ways to make a difference. It calls for changes – like moving chickens out of battery cages and pigs out of crates – and advocates for dietary shifts that will lead to far fewer animals being killed for food. Persuading large numbers of people to eat less meat can impact thousands of animals at a time, whereas every kitten adoption only helps one feline.

The effective animal advocacy movement sees companion and farmed animals as having equal moral value. They are inspired by the ethical arguments of Peter Singer that tactics which reduce animal suffering the most – no matter the species – do the most good.

In 2016, Animal Charity Evaluators recommended a dozen charities – including Mercy For Animals, the Humane League and the Good Food Institute. Most of these groups aim to improve farmed animal welfare in various ways, such as investigating conditions at factory farms, reaching out to corporations, promoting plant-based diets and researching so-called “clean meats” grown in labs. Each makes a case that their work is particularly effective at saving animals’ lives, now and into the future.

Donors gave more than $3.5 million to these charities in 2016 based on its recommendations, the group says. 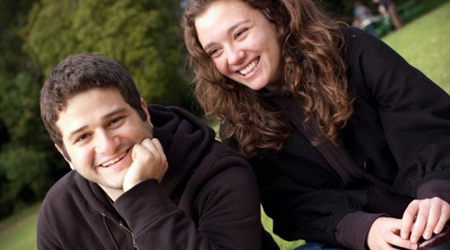 The Open Philanthropy Project – an “effective altruism” foundation funded by Facebook co-founder Dustin Moskovitz and his wife Cari Tuna – is a new and major player in this movement. Since early 2016, it has awarded nearly $20 million in grants aimed at improving farmed animal welfare in the U.S. and in the developing world.

Some leading animal advocates question the wisdom of this approach, including Ingrid Newkirk, president of People for the Ethical Treatment of Animals. With a $67 million annual budget, PETA is one of the largest animal-focused charities. It seeks to help both farmed and companion animals. Newkirk has criticized “effective animal advocates” for “reducing animals to numbers” and for failing to see how different animal protection efforts reinforce each other.

The Future Of Animal Charity

Despite these critiques, I’ve watched the movement kickstart a conversation that’s encouraging groups like the Humane League to research which tactics improve animals’ lives the most and why people go vegetarian or vegan.

The movement has also helped channel more energy and charitable dollars toward one of the most important and neglected issues of our time – the plight of farmed animals.

Now, I love cats and dogs as much as anybody, and I don’t want anyone to feel guilty about donating to their local animal shelter. But it’s clear to me that animal lovers should care about all animals equally. Since farmed animals suffer most and the issue has long been neglected, there’s a greater need to support that cause.

At least that’s what the math seems to suggest.

Garrett M. Broad is an Assistant Professor in the Department of Communication and Media Studies at Fordham University. His research investigates the impacts of globalization, storytelling and communication technology in shaping contemporary communities and networked movements for social change. Much of his work focuses on the challenges and possibilities of environmental sustainability in the digital age, with particular attention granted to local and global food systems. Garrett’s first book, More Than Just Food: Food Justice and Community Change, was published in 2016 by the University of California Press.