What Happens If Roe V. Wade Is Overturned? What We Know About The Supreme Court Decision 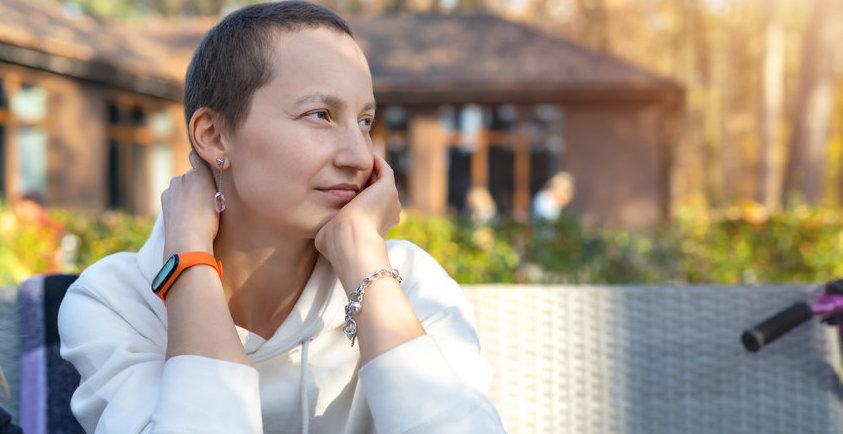 New documents leaked to the public appear to show that the U.S. Supreme Court is likely to overturn Roe v. Wade, the landmark decision that legalized abortion access nationwide.

An initial draft opinion first published by Politico appeared to show that a majority of the court voted to strike down Roe v. Wade. The opinion was written by Justice Samuel Alito.

In a statement, Chief Justice John Roberts called the leak a “betrayal” but emphasized that the decision was not final.

“Although the document described in yesterday’s reports is authentic, it does not represent a decision by the Court or the final position of any member on the issues in the case,” he said.

The official decision from the U.S. Supreme Court hadn’t been expected until June or July, and the draft decision does not have any legal ramifications.

The U.S. Supreme Court’s decision has been widely anticipated in the case of Dobbs v. Jackson Women’s Health Organization, a case challenging Mississippi’s 15-week ban against most abortions.

The American Medical Association issued a statement on May 5 pointing out that dozens of medical organizations consider abortion to be safe and part of medical care.

“This opinion would lead to government interference in the patient-physician relationship, dangerous intrusion into the practice of medicine, and potentially criminalizing care,” Gerald E. Harmon, MD, the president of the American Medical Association. “As discussed in an amicus brief filed with the Court, the AMA and more than two dozen leading medical organizations believe abortion is safe medical care that is a decision to be made between the patient and the physician, subject to the physician’s clinical judgment, and the patient’s informed consent.”

During the initial arguments in December, Mississippi’s attorney general asked the court to either undo Roe v. Wade — the landmark decision to legalize abortion in the United States — or, in the very least, modify the ruling so there are no longer any protections around having an abortion before fetal viability, which occurs around 24 weeks of pregnancy.

If Roe were to be undone, the legality of abortion would be up to each state.

Twenty-six states are expected to ban or restrict access to abortion if Roe v. Wade is overturned, forcing pregnant people to travel hundreds of miles for abortion care. Clinics in neighboring states that permit abortion are already preparing for a surge in patients from states set to introduce new restrictions.

“We will likely see a proliferation of laws and proposed laws that restrict abortion to earlier than 15 weeks and limit exceptions to such bans. But it really depends on how the U.S. Supreme Court decision comes out and exactly what the court holds,” said Jared Carter, an assistant professor of law at Vermont Law School and expert in First Amendment law.

A final decision on Dobbs v. Jackson Women’s Health Organization is expected by June or July 2022.

Many States Could Ban Or Restrict Abortion

Without Roe, millions of people will lose the right to a safe, legal abortion. According to the Guttmacher Institute, 26 states are likely to either ban or severely limit access to abortion, similar to Mississippi’s 15-week ban, if Roe v. Wade were to be undone.

“That doesn’t mean some states won’t try to go further than what Mississippi has done, but such a state law would likely end up back in the courts because it would represent a new question of law than that which is currently before the U.S. Supreme Court,” Carter said.

Twelve states have “trigger laws” or bans that have been designed to automatically take effect if Roe were to be overturned.

Eight states have unenforceable pre-Roe v. Wade bans in place that could go back into effect.

Nine states have restrictions that are currently deemed unconstitutional but could go into effect without the protections from Roe.

Eleven states have 6-week bans that are currently not in effect, and one state — Texas — has a 6-week ban in effect.

Some states have both bans and trigger laws.

On December 10, the Supreme Court decided to let the 6-week abortion ban in Texas, known as S.B.8, remain in effect as legal challenges against the ban proceed. The case will head back to a district court for proceedings.

This map from the Guttmacher Institute shows what actions states might take if Roe were to be overturned.

Texas, for example, recently made it a felony to have a medical abortion via a pill after 7 weeks.

“They are doing this even though they know it is in plain violation of the current legal standard, a standard they expect to be overturned before challenges to this law even make it to the Supreme Court,” Creel said.

Ianthe Metzger, the director of state media campaigns with Planned Parenthood Federation of America, said that, similarly to the ban passed in Texas in 2021, more states will pass laws that penalize people who provide abortions or help someone get an abortion.

“And as we saw with Texas’ S.B.8, they may have clauses like a private right of action, or what we’ve been calling the ‘sue thy neighbor’ provision, which not only puts providers and support networks at risk of frivolous lawsuits but strike fear into abortion patients and their loved ones,” Metzger said.

What Some States Are Doing To Protect Abortion Rights

Fourteen states have laws that would protect the right to abortion — and other states, like Vermont, are considering doing the same.

California is introducing legislation to support and cover costs for out-of-state residents who come to California to get an abortion.

Metzger said abortion providers in progressive states have been preparing to care for a surge of patients from states that ban abortions.

In Illinois, for example, Reproductive Health Services (RHS) of Planned Parenthood of the St. Louis Region opened a clinic near the Illinois-Missouri border to help Missouri-based patients coming to Illinois.

“Already, 90 percent of patients who turn to RHS for abortion flee Missouri — where the state’s abortion restrictions make abortion disproportionately inaccessible for People of Color, people with low incomes, and people in rural communities — to receive care in Illinois,” Metzger said.

The Effects Of Restricting Abortion Care

The World Health Organization (WHO) acknowledges that legal restrictions on abortion do not result in fewer abortions. Rather, they force pregnant people to pursue riskier abortion services, reports the Center for Reproductive Rights.

“Already, the barriers to accessing abortion through a clinic — including limitations on telemedicine for medication abortion — as well as abortion stigma drive some people to choose self-managed abortion,” Metzger said.

Stricter regulations would result in the closures of many abortion clinics, forcing millions of people who become pregnant to drive greater distances to neighboring states to access abortion care.

Pregnant people who were denied an abortion were more likely to stay in contact with a violent partner and ultimately raise the child alone.

Another report found that women who were denied an abortion were three times more likely to be unemployed than those who received an abortion.

Being denied an abortion has also been associated with higher levels of anxiety and depression.

This burden largely falls on Black and Latino communities, who — due to redlining and systematic racism in housing practices — are disproportionately living in low income communities and more likely to face greater barriers to accessing healthcare, said Metzger.

“Abortion restrictions create impossible hurdles that nobody should have to overcome in order to get essential healthcare. And if more people are denied abortion, more people will be forced to carry a pregnancy to term at great personal health risk,” Metzger said.

If Roe were to be undone, 26 states will likely ban or severely restrict abortions.

Other states are already considering ways to protect the right to abortion and support out-of-state residents who travel for an abortion.

An official decision on the case is expected by summer.

Julia Ries is an LA-based writer who covers health and wellness for HuffPost, PBS, Girlboss, and the Philadelphia Inquirer, among others. You can see more of her work at her website, https://www.juliaries.com.