What I Learned When I Came Out To My Asian Mother

“We all have a story to share, and I believe knowing someone’s story creates connection.” 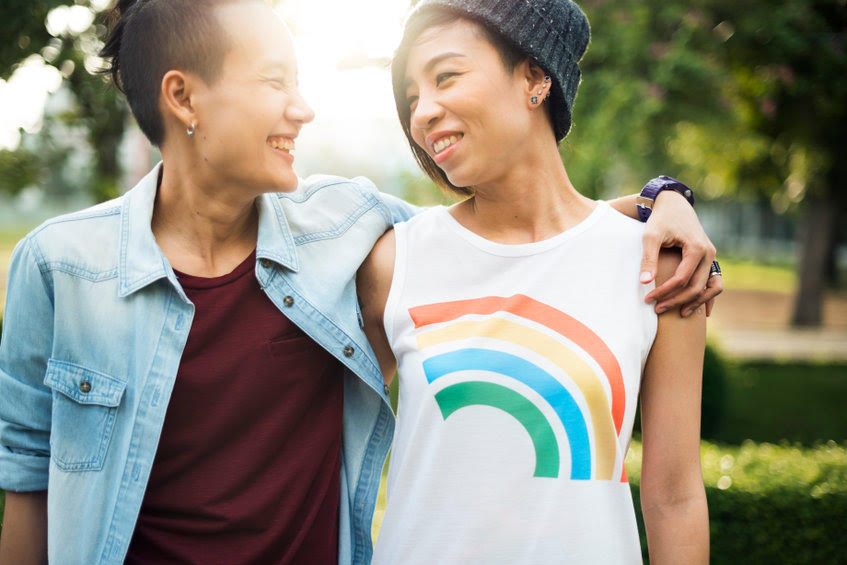 There was a time when coming out was the worst thing I could imagine doing to my Asian family.

I was terrified to bring shame, guilt, and dishonor to them, to burden them with my truth. Even the thought of telling my family who I was made me feel very selfish. I told myself that I was silent about my sexual orientation to protect the family from judgment and discrimination. So instead of sharing my confusion and the struggles of exploring my sexual orientation, I distanced myself from the people, places, and things I loved.

I left my students and career as a public school teacher.

I left my home country, where there was no protection against discrimination based on one’s sexual orientation or gender identity.

I separated my personal life from my public life.

During those 15 years of separation, my father passed. My mother got older and ill. And I had a wedding—without my family’s presence. Now, I realize those silent years created psychological disconnection between my family and me.

Things shifted when I was already in my mid-30s. I finally came out to my mother—the woman who always put others first, who sacrificed all her dreams so she could take care of her own mother and children. Sitting in my living room almost 7,000 miles away from my mother, I picked up the phone and spoke the most difficult words I have ever mouthed: “Mom, I have something to tell you, something that I’ve been wanting to tell you for a long time. I am lesbian.”

Initially, she was shocked. She expressed her excruciating pain and disappointment toward me and herself, thinking that she wasn’t a “good” Asian mother. She became silent for a while; years went by. Then she slowly opened up, started asking me questions, listening to my stories, and meeting my partner. She ultimately replaced her feelings of shame and guilt with deeper understanding and love.

What surprised me the most is that my coming out didn’t end there. My mother started sharing her most painful stories with me: her loss of her father during the Korean War, the legal battle of my grandmother’s business, poverty, sexual assault, gender discrimination, and more. Ultimately, sharing our mutual stories of pain, confusion, and despair transformed our relationship with each other—and with others.

As it turns out, my experience of moving from despair and fear to pride and acceptance isn’t an isolated one. A 2021 survey by the Trevor Project found that 38% of young LGBTQ Asian Pacific Islanders (aged 13-24) had considered suicide in the past year. More than 60% of this group experienced symptoms of generalized anxiety disorder or major depressive disorder. But the survey also identified affirming parents, who create a supportive family environment for children to openly and honestly express their gender identity and sexual orientation, as one way those LGBTQ youth find joy and strength. Unfortunately, young APIs were significantly less likely than non-APIs to share their LGBTQ identity with parents, according to the 2019 edition of the same survey. Youth who responded in 2019 said they feared putting themselves and their families at risk of shame and discrimination, and that they faced pressure to conform to gender stereotypes, while also enduring religious-based condemnation, physical and verbal abuse, loss of financial support, and exclusion from family and social events.

As co-founder of International Safe Zone and a counselor education professor at San Jose State University, I support college students, university staff, and faculty on various campuses by creating a safe space for LGBTQ students to express and explore identities without judgment. Not surprisingly, almost all Asian LGBTQ students I’ve worked with expressed that coming out to their Asian parents and family members is the most difficult part of their coming-out process. My conversations with those students underscore the challenges of growing up in a collectivistic household and community where heteronormative, hierarchical, and patriarchal norms prevail. A 23-year-old queer student illustrated the invisibility of being LGBTQ in the Asian community by saying that the people around her would not recognize her as a queer person, and therefore would not believe that LGBTQ people exist in their own community. A 20-year-old Asian lesbian student described her encounter with homophobia in her community: “What is more problematic is not only something obvious and visible—violence—but also invisible: cultural violence such as ignorance, prejudice, and disgust towards LGBTQ people.”

Topics related to sexual orientation and gender identity are often perceived as taboo or as threats to traditional cultural values and gender roles of many Asian communities. I see many Asian parents and family members acknowledge violence and discrimination against LGBTQ individuals exist in a larger society, yet they are often unwilling or unable to recognize their own LGBTQ children and family members who are suffering from visible and invisible violence within the Asian community.

Based on my own personal experience, I can say the cost I paid for not coming out to my Asian family in my 20s and 30s was too great. I wish I had a role model in my family or Asian community who could walk with me through their coming-out process and provide me with emotional support and hope—hope that I’ll be OK, and that I am OK. So I want to provide some guidance, based on my and other Asian LGBTQ students’ experience. Here are some considerations when coming out to an Asian family:

We all need to come out: whether it’s about sexual orientation, gender identity, failure, heartbreak, discrimination, abuse, or violence that our parents, children, and loved ones experience in our community.

We all have a story to share, and I believe knowing someone’s story creates connection. And that is why coming out connects us, not threatens us.

Kyoung Mi Choi is an Associate Professor in the Department of Counselor Education at San Jose State University and a Public Voices Fellow of The OpEd Project. She specializes in intergenerational trauma and healing, individuals and families in global transition, cross-cultural relationships, and yoga and mindfulness. Her memoir, The Child Behind The Bushes, illustrates her own family’s story, offering herself and her mother a gentle path out of intergenerational trauma.