What It Takes to Change Hearts and Minds

To get someone’s support, you need more than just facts. 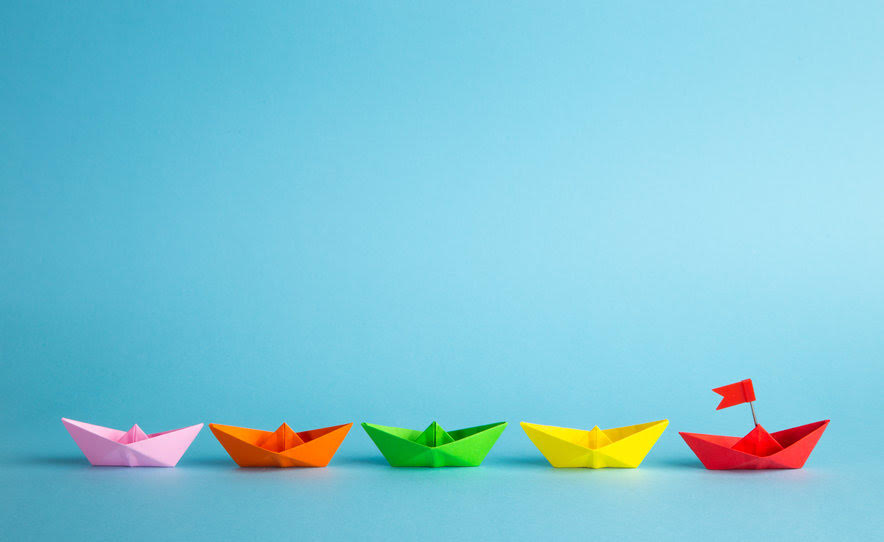 Some years ago, the communications psychologist John Marshall Roberts said at a talk I attended that there are three ways of converting people to a cause: by threat of force, by intellectual argument, and by inspiration.

The most effective of these methods, Roberts said, is aligning communication about your cause with the most deeply-held values and aspirations of your friends, relatives, neighbors, and fellow citizens. To get people’s total, lasting, and unwavering support, in other words, we should try neither to cajole them judgmentally nor convince them forcefully. We should inspire them toward a vision that they—not we—can really care about.

Which points to the potential problem of blindly using facts and science—be it climate science or demographic science—to “prove” the righteousness of our causes. Research shows that people tend to embrace data that support their life views and reject data that refute them. Whether we like this or not, it is a truth about how humans evaluate and make decisions. Having the “facts on our side” to make an argument more forcefully may not help if those facts and arguments refute someone’s view of life and the values that are precious to them.

The communication challenge, then, is to use our facts and science to skillfully and compellingly connect our causes not to what we think our friends, relatives, and fellow citizens should care about, but what they already do care about.

During the Vietnam War, a dairy farmer told a friend of mine the story of how he got recruited into the anti-war movement. The farmer happened to sit on a plane next to an anti-war activist. They got talking, and the activist said that he was campaigning against the U.S. use of fire-bombing.

The cow farmer said, “I know it’s awful, but we surely wouldn’t use that weapon if we didn’t need it to win the war.” The activist told him that crops were being burned and villagers were starving. The dairy farmer felt sympathetic but said the weapons might ultimately bring a faster end to the war. The activist mentioned children getting burned, forests turned to cinder. The farmer felt awful about the suffering, but his view remained unchanged. Finally, in frustration, the activist said, “Even the cattle are dying!” The dairy farmer said, “Wait! What?! They are killing the cows?!”

We may think the cow farmer should have cared about the crops, villagers, children, and forests. Yet trying to force more information—science and data—about them down his throat might have risked alienating him. Instead, finding his true soft spot—the cows—and being willing to enter into his life view was what eventually recruited him into the anti-war movement.

In another example, when activists with the California-based Leadership Lab knock on voters’ doors in its efforts to defeat anti-LGBTQ prejudice, they don’t start by talking about homophobia—they start by asking what personal experience of prejudice and bigotry the voter has had. Then, Leadership Lab volunteers tell a story of an LGBTQ person experiencing homophobia. They ask a question: “Do you see a connection between the prejudice you experienced and homophobia?” Recognizing that prejudice is the same wherever it is found, many voters are inspired to combat it.

In converting friends and fellow citizens to our causes, we should not blindly attempt to use facts and science to bolster the arguments and stories that appeal to our own values and experiences. Instead, we are challenged to listen to and understand the people we are trying to convince. Then, we can marshal the facts and figures that prove that our cause can help support their values.

In the case of renewable energy, for example, our friends may care more about national security than climate change. We can tell them about the security advantages of generating energy at home; trying to force them to believe in climate change by explaining the scientific details of the greenhouse effect, on the other hand, may not help. The point is to begin by asking questions in order to understand the values we need to appeal to, and then to use our facts to build a story that inspires the people we are talking to—rather than trying to force our own inspirations on them.

Facts and figures are wonderful tools, but they are not a communications strategy. Let’s not let our convictions blind us to the fact that other people have theirs. We need to hear our audiences’ stories and then retell ours in a way that mirrors their challenges and aspirations. We need to be empathetic and know that our stories are their stories. And that the challenges we face in being human are one.

Colin Beaven (aka No Impact Man) wrote this article for Why Science Can’t Be Silent, the Spring 2017 issue of YES! Magazine. Colin helps people and organizations to live and operate in ways that have a meaningful impact on the world. His most recent book is How To Be Alive, and he blogs at ColinBeavan.com.

See also:
We Aren’t So Different—3 Steps To Overcome Hate And Fear
Be A RAKtivist And Help Change Your Community