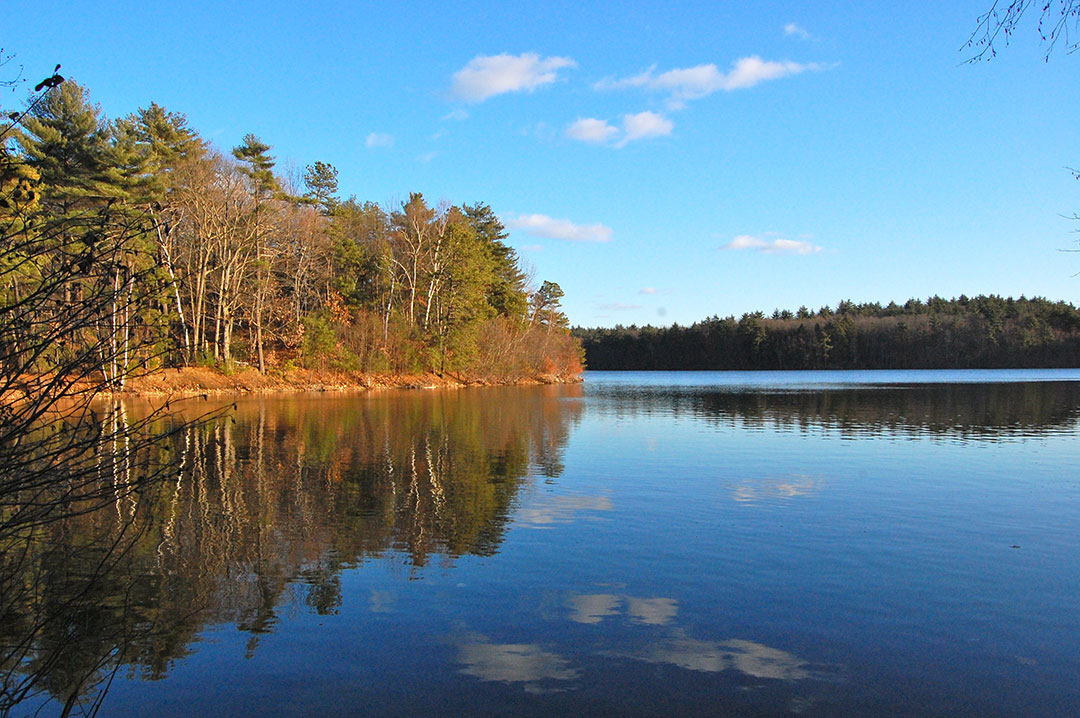 As the author of three books about essayist, poet and philosopher Henry David Thoreau, I highly recommend “Walden,” Thoreau’s 1854 account of his time living “alone” in the woods outside Concord, Massachusetts. I qualify “alone” because Thoreau had more company at Walden than in town, and hoed a bean field daily as social theater in full view of passersby on the road.

Published in over 1,000 editions and translated into scores of languages, “Walden” is the scriptural fountainhead of the modern environmental movement, a philosophical treatise on self-reliance and a salient volume of the American literary canon. In his introduction to the Princeton edition, John Updike claims that Thoreau’s masterpiece “contributed most to America’s present sense of itself” during the cultural renaissance of the mid-19th century, yet “risks being as revered and unread as the Bible.”

Another reason to read or reread “Walden” during trying times is that it gushes with sorely needed optimism and is laced with wit. And Thoreau befriends you by writing in the first person.

Reality Lies Within Us 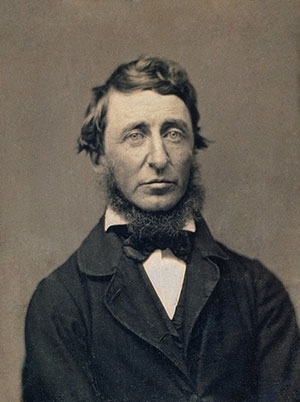 As governments mandate social distancing to protect public health, many readers may be coming to grips with solitude. Thoreau devotes a chapter to it, extolling the virtue of getting to know yourself really well.

“Why should I feel lonely?” he asks, “is not our planet in the Milky Way?” Elsewhere he clarifies the difference between what we need and what we think we need, writing, “My greatest skill has been to want but little.”

“Walden” doesn’t have to be read straight through like a novel. For readers who have previously given up on it, I suggest rebooting in the middle with “The Ponds,” which opens thus: “Sometimes, having had a surfeit of human society and gossip, and worn out all my village friends, I rambled still farther westward than I habitually dwell…” Thoreau then retreats away from the mindless distractions of community life toward an immersion into Nature, with water at its spiritual center.

Next, flip back to the earlier chapter “Where I Lived and What I Lived For.” Here Thoreau invites readers on a downward journey, from the fleeting shallows of their social lives to the solid depths of their individual lives:

“Let us settle ourselves, and work and wedge our feet downward through the mud and slush of opinion, and prejudice, and tradition, and delusion, and appearance, that alluvion which covers the globe, through Paris and London, through New York and Boston and Concord, through Church and State, through poetry and philosophy and religion, till we come to a hard bottom and rocks in place, which we can call reality…”

Our brains build that reality – yours, mine, everyone’s – by integrating external sensory signals with internal memories. Thoreau’s point – which is supported by 21st-century cognitive and neuroscience research – is that the real you precedes the social you. Your world is built from the inside of your skull outward, not vice versa.

‘Walden’ is a book about breaking away and focusing on the essential facts of life.

Thoreau’s retreat to Walden Pond is often mistaken for a hermit’s flight deep into the woods. Actually, Thoreau put some distance between himself and his home and village so that he could understand himself and society better. When not in town, he swapped human companionship for the “beneficent society” of Nature for long enough to make “the fancied advantages of human neighborhood insignificant.”

Today mandatory social distancing is wrecking the global economy, based on traditional metrics like gross domestic product and stock prices. Viewed through “Walden,” this wreckage may look like a long-overdue correction for an unsustainable system.

Thoreau feared that the economy he saw was headed in the wrong direction. His opening chapter, “Economy,” is an extended rant against what he viewed as a capitalistic, urbanizing, consumption-driven, fashion-conscious 19th-century New England.

Of his neighbors, Thoreau wrote, “By a seeming fate, commonly called necessity, they are employed, as it says in an old book” – meaning the Christian Bible – “laying up treasures which moth and rust will corrupt and thieves break through and steal. It is a fool’s life, as they will find when they get to the end of it, if not before.” 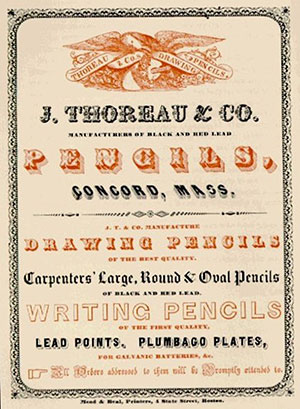 Thoreau’s family operated a flourishing pencil manufacturing business in the 1840s. University of Florida, CC BY

That was easier said than done, even for Thoreau. When he conceived “Walden,” he was an unemployed, landless idealist. By the time it was published, he lived in a big house that was heated with Appalachian coal, earning income by manufacturing pulverized graphite and surveying for land developers.

Since then, the world’s population has more than quintupled and developed nations have built a global economy approaching US$100 trillion per year. Human impacts on the planet have become so powerful that scientists have coined the term Anthropocene to describe our current epoch.

Some Americans have tried at least halfheartedly to follow “Walden”’s idealistic advice by living deliberately, being more self-reliant and shrinking their planetary footprints. Personally, although I’ve downsized my house, walk to work, fly only for funerals and cook virtually every meal from scratch, in my heart I know I’ve also contributed to the world’s swelling population, burn fracked natural gas and am hopelessly embedded in a consumer economy.

Nevertheless, after several weeks of social distancing, I’m rediscovering the value of two of Thoreau’s key points: Solitude is helping me recalibrate what matters most, and the current economic slowdown offers short-term gains and a long-term message for the planet.

These benefits don’t compensate for the incalculable personal losses and grief that COVID-19 is inflicting worldwide. But they are consolation prizes until things stabilize in the new normal. On my daily solitary walk in the woods, I am mindful of Thoreau’s words: “Next to us is not the workman whom we have hired, with whom we love so well to talk, but the workman whose work we are.”

[You need to understand the coronavirus pandemic, and we can help. Read our newsletter.]