Why You Need To Be Triggered 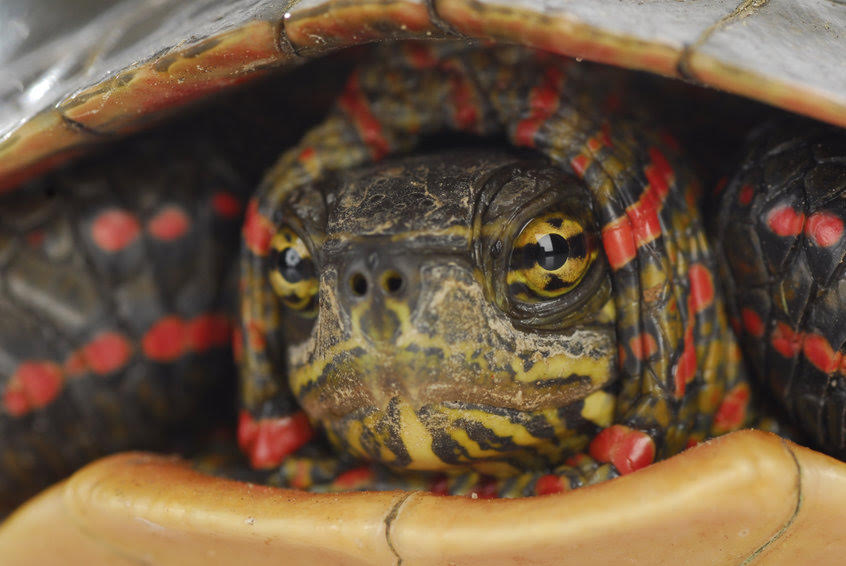 “It is unnatural to think that there is such a thing as a blue-sky, white-clouded happy childhood for anybody. Childhood is a very, very tricky business of surviving it. Because if… anything goes wrong, and usually something goes wrong, then you are compromised as a human being. You’re going to trip over that for a good part of your life.”   – Maurice Sendak

In pre-contact indigenous cultures (and in a few contemporary indigenous cultures that have courageously managed to preserve their traditions) when children reach adolescence, they are initiated into adulthood. One of the many beneficial results of this process is that children are given a chance to drop all of their baggage from childhood, all the ways that they were wounded by their parents, their teachers, other authority figures in their life and their society/community. Through indigenous ritual technologies employed by community elders, they transform into a person who is no longer limited by these wounds and are reminded of what they came here to do. They return to their community as adults, able to engage with their parents and everyone in their community as equals rather than clinging to past conflicts or trauma.

For A Child, Trauma Is Anything That Makes Them Feel Like They’re Going To Die.

As beloved children’s author Maurice Sendak so eloquently describes above, while childhood is certainly a time of great mystery and beauty, it is also a time when a lot can (and usually does) go wrong. No matter how idyllic your childhood– trauma happens, partly because to a child, trauma doesn’t necessarily have to originate in a catastrophic or extreme event. I would actually like to differentiate here between the type of trauma I am discussing and PTSD*.  While some of us do additionally experience more extreme forms of trauma in our childhood (such as sustained sexual abuse which would likely result in PTSD)– to a child, anything that makes them feel like they might die is traumatic whether they were actually faced the threat of death or not.

Events Children Perceive As Threats Of Death Include:

To a child, dependent on the adults and authority figures in their life for survival, to not be loved, or to be abandoned might very well actually mean death. Thus, in moments when a child believes their parents, an authority figure or their community/society will do one of the above things to them if they continue to embody their authenticity, the child takes an action to survive that is not in alignment with their true nature, authenticity or natural impulses/instincts. In that moment, the child abandons a part of themselves. The child moves forward, a human being in process, flowing and changing, growing and aging while the part of them that made that decision to survive gets stuck at whatever age the event happened, making the same decision over and over.

A young woman is just starting to feel comfortable in her body, her beauty and her sexuality. There’s a big dance at school. She’s excited to show her parents how she looks before she goes out in her new dress. Her mom says– you look nice…but you look overweight. She’s heartbroken. In that instant– she learns that if you love your body, or allow others to love your body– you will be betrayed and disappointed. She constructs a negative self image for protection. Now no one can say anything about her that’s worse than the image she already has of herself.

As an adult, she holds within herself both the shaming mother and the wounded child. She finds herself shutting down when people find her attractive, feeling distrustful. Or conversely– finding herself in relationships with people that reinforce the same story she learned as a child, that trigger her back into that original moment of wounding, that further justify continuing to carry around the negative self image as protection.

Without a modality for clearing these patterns at their root and bringing these disconnected child parts back into the wholeness of our integrated adult selves, these parts stay abandoned, stuck in the same pain. Eventually, unchecked they become the root of habitual dysfunctional patterns or chronic health issues in our lives.

Thankfully– our bodies have a secret weapon for helping us to become aware of, locate and integrate these abandoned or stuck parts of ourselves. A way of conspiring with our lives to bring us face to face with the parts of ourselves we are unconsciously holding outside of our love. The parts of us that are trapped in old stories that limit our present life.

As You Might Have Guessed, This Secret Weapon Is The Trigger.

The same woman, now in her early thirties, finds herself once again feeling like that heartbroken little girl after a particularly painful rejection by someone she became intimate with. This time, she’s able to recognize the trigger as it arises within her– the feeling of shutting down, a choking feeling and a painful tightening in her belly. In a clearing session, she tracks the feeling to an emaciated weeping woman who tells her “I haven’t been seen and loved, I’m just dying in terror and sadness.” She recognizes the person the woman wants love from is her. The woman is showing her what happens to this part of her when she withholds love from herself.

​Listening to the woman and tracking the feelings arising to their root, she comes back to a memory of when a lover was deeply attracted to her and treating her body in a way that made her feel seen. In that moment, she felt terror and pushed her away. Going even deeper into the terror– she is taken to that original moment of rejection from her mother. She is able to show up for her child self in a way that her mother couldn’t at the time. Seeing her vulnerable, beautiful 14 year old self– she is able to give her the love that she has withheld from herself for so long, no longer internalizing the shame of her mother.

In the moment, triggers usually make us feel like shit. We are thrown back into the fear and pain of the childhood part of ourselves that felt like it would die if it did not make the decision it made to survive. We project the past experience onto our present reality, which prevents us from seeing the present reality clearly. We make decisions based on the perceived needs of our wounded child parts rather than the true needs of our adult self. However, if we can notice when we are triggered, we can make new choices rather than falling prey to the same old patterns of projection.

Generally, A Few Ways We Know We Are Triggered Are When We:

Somewhat paradoxically, the more we avoid triggers or the feelings that arise when we are triggered, the more they limit our life and the more painful they become. Our lives and bodies want to bring these stuck parts of ourselves back into wholeness. When we avoid them further, they are then forced to get more creative in the ways they remind us of these parts of ourselves, often resulting in more extreme versions of situations that trigger us showing up in our lives or physical or mental health issues. The more we consciously work to come into awareness around our triggers, the more we can begin to use them as the opportunities for healing they are meant to be. So while triggers can cause us (sometimes extreme) discomfort, the discomfort grants us the opportunity to engage with and transform the deeper habitual pain we are burdened with from our childhood and retrieve the power hidden in the wound, opening the way for ease, joy and laughter.

Langston Kahn is a shamanic practitioner and teacher specializing in radical human transformation, ancestral healing and the restoration of an authentic relationship with our emotions. Langston is the author of Deep Liberation: Shamanic Teachings for Reclaiming Wholeness in a Culture of Trauma, which Bayo Akomolafe, PhD, author of These Wilds Beyond Our Fences, says “deftly hoists a calabash of Indigenous healing wisdoms and spiritualities and alchemizes a recipe of exercises, practices, and rituals to address trauma and to equip those who linger in the wake of world-endings for the work we must do in the world yawning to wake.” Langston serves as a senior teacher for the Last Mask Community, a collective of people striving to live in alignment with ancient shamanic principles and applying them in service of personal and collective liberation.

In this immersive online weekend, you will learn a body-based approach to radically transform the range of fear-based stories we each hold in ourselves — from traumatic experiences, internalized oppression and habitual emotional patterns to the outmoded beliefs that hold us back from healing, transforming and freeing our authenticity and unique genius.