You’re More Likely To Get Sick In The Winter,
But Not For The Reasons You Think 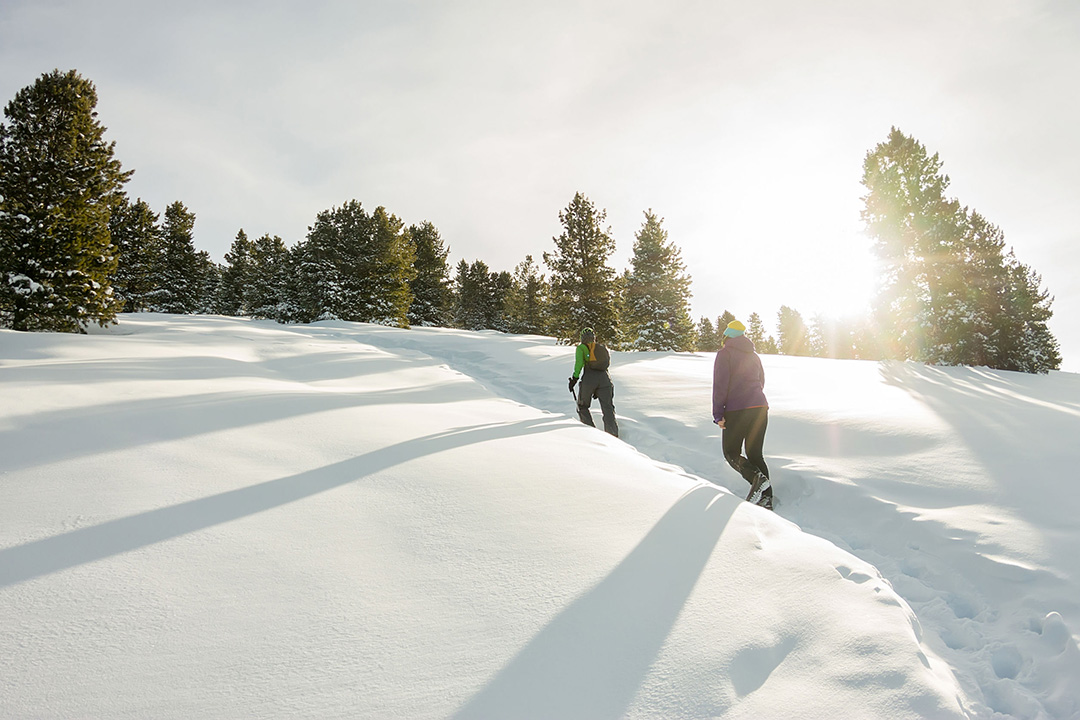 The leaves are turning, the temperature is dropping, and the cooler months are on their way.

For many, the cold weather conjures images of warm drinks, a cozy fire, rain, snow… and the cold and flu.

But are you actually more likely to get sick in the cooler months?

You might — but experts say the rain is probably not to blame.

“The winter season is the time of year when we have more respiratory infections,” Dr. William Schaffner, an infectious disease expert at the Vanderbilt University in Tennessee, told Healthline.

“Respiratory infections are transferred more readily in the winter time for two reasons,” he said. “The first is we spend more time in enclosed spaces, close to each other, so that we have more prolonged face-to-face contact.”

The second reason has to do with humidity.

“When we transmit viruses from one person to another, we’re usually 3 feet [from] each other — the so called ‘breathing zone,’” Schaffner explained. “When we’re in a time of low humidity such as we have in the winter time, it appears that that little bit of moisture that surrounds the virus evaporates, so the virus remains in the air for a sufficiently prolonged time so that the person who is sufficiently close to me can breathe it in.”

You may have been told that you can catch a cold by getting caught in the rain and staying in wet clothes.

Experts say this is a myth.

“All our parents used to say that, perhaps to keep us indoors in bad weather,” Stephen Morse, PhD, a professor of epidemiology and an infectious disease expert at Columbia University in New York, told Healthline.

“But getting wet and chilled is also associated with colder months, so the correlation was obvious, and people tend to notice the times they got wet and did get sick, not the times they didn’t,” he said. “But as we say in epidemiology, correlation is not necessarily causation.”

Dr. Jaime Friedman, a pediatrician in San Diego, said myths relating to wet weather and catching colds probably evolved due to a poor understanding of viruses.

“I would imagine that before anyone knew about germs, it would make sense that the cold and shiver you feel when you are wet feels similar to the cold and shiver of a fever and an illness, therefore associating one with the other,” Friedman told Healthline.

According to the Centers for Disease Control and Prevention (CDC)Trusted Source, every year there are millions of cases of the common cold with the average adult getting 2 to 3 colds every year. Children typically get even more.

The majority of people get colds in winter or spring, but it is possible to catch a cold any time during the year.

Is There A Flu Season?

Seasonal influenza circulates year round in the United States, but the flu is most common in fall and winter.

Some argue that the name influenza may actually be a reference to the Italian phrase “influenza di freddo,” meaning “influence of the cold.”

Experts say colder weather can allow the flu virus to circulate more easily, but other factors are also to blame for the increase in influenza cases in the winter and fall.

“Under the right conditions, many viruses will last longer at colder temperatures. In the lab, we could store flu samples for a couple of days in the refrigerator, but they’d be rapidly inactivated at regular freezer temperatures,” Morse said.

“Temperature and humidity are an important part of the story but can’t explain everything,” he added. “Human activity, our tendency to be closer together in the winter, may also play a role.”

He continued, “In temperate zones, the flu season usually does coincide with colder months. But in the tropics, flu is often associated with the rainy seasons and may occur year-round or show both winter months and summer months peaks. And many of our pandemics, including the 2009 pandemic, seem to appear in the late spring and summer, after the traditional flu season has ended.”

Lack of regular exposure to sunlight during the colder months may also impact the immune system, but experts say this is an area that needs further study.

“The role of sunlight is poorly understood, but ultraviolet light from the sun is a well-known decontaminant. Historically, sun exposure was used to treat tuberculosis patients prior to antibiotic therapy with some success,” Dr. Jeffrey Klausner, a professor of medicine in the division of infectious diseases at the University of California Los Angeles, told Healthline.

How To Reduce Your Risk

The CDC advisesTrusted Source the best way to avoid a cold is to regularly wash hands with soapy water for at least 20 seconds, as well as avoid touching the face, eyes, nose, or mouth with unwashed hands.

You should also try to avoid close contact with those who are coughing and sneezing, as well as regularly disinfect frequently touched surfaces in the home like doorknobs.

Morse argues that your grandmother might have been wrong about catching a cold from getting wet, but it may still be worth listening to some of her advice.

“Your grandmother probably was right about staying warm and comfortably dressed when going outside, keep good health habits… good diet, stay hydrated, avoid overexertion. And if you have the flu, try to stay home so you don’t give it to others,” he said.

This article was republished from Healthline.

See also:
5 Flu Vaccine Myths Every Person Should Know
The Difference Between A Cold And Flu – Try Nature’s Flu Shot