10 Black Women Innovators And The Awesome Things They Brought Us

From a better hairbrush to modern 3D technology, ten things that might never have existed without the invention or innovation of black women.

It’s Women’s History Month, and for the month of March people are celebrating the great achievements and contributions of women across the world. So what better time to pay tribute to black women innovators—who are all too often overlooked and excluded from our history books.

Here are ten awesome things that might never have existed without the invention or innovation of black women:

1. Everything Good About Your Phone

Remember the days before call waiting and caller ID? If you answered “yes,” you might be old. And you almost might have  great appreciation for the research of Dr. Shirley Jackson, whose work led to those innovations, along with developments in touch-tone phones, portable fax machines, and the fiber optic cables that make your long-distance phone calls come in crystal clear.

Isn’t it nice that you can just walk into your home and turn on the heat when you’re cold? You can thank Alice H. Parker for that.

Parker took it upon herself to design a natural gas-fueled “new and improved heating furnace.” Her design earned a patent in December 1919 and helped give birth to the thermostat and the familiar forced air furnaces in most homes today. 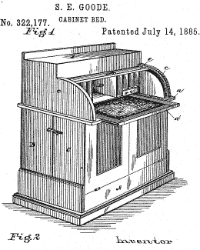 In 1885, Sarah Goode became the first African-American woman to file a patent. Goode was born into slavery; after the Civil War she moved to Chicago. There, she met her husband and the two of them opened a furniture shop.

Back in the 1880s, most black families in Chicago didn’t buy a lot of furniture because they lived in small homes and apartments. Seeing a need for innovative space-saving solutions, Goode designed the cabinet bed, a bed that could fold into a functioning desk. It’s like a Murphy bed, only more useful.

It’s hard to believe that Goode’s cabinet bed isn’t around today. Think of the space that could be saved in dorm rooms, studio apartments, or those new tiny houses everyone’s talking about.

When Marie Van Brittan Brown and her husband Albert noticed increasing crime in their New York neighborhood, coupled with the fact that police were slow to respond to calls in their part of town, they set out to make their home feel safer. In 1966, Brown and her husband filed a patent for a household closed-circuit-television security system.

The system had a camera at the front door that looked through one of four peep holes at different heights. That image was broadcast to the user on a television set in another part of the house. It also had a two-way microphone, which allowed for communication with visitors at the door, and a remote switch that could unlock the door to let people in. If the person seemed unsafe, users could push an alert button to signal a nearby security firm.

Today, very similar systems can be seen in homes and apartment complexes across the nation.

In the 1930s and ’40s, Sister Rosetta Tharpe was one of the first people to combine gospel music with melody-driven urban blues, traditional folk, and a unique pulsating swing style. Today, Tharpe’s musical style is considered one of the first definite precursors of rock and roll. Many music legends, including Elvis Presley, Little Richard, Johnny Cash, and Chuck Berry were influenced by Tharpe’s unique musical style, yet somehow her name is often left out when people talk about the history of rock and roll. 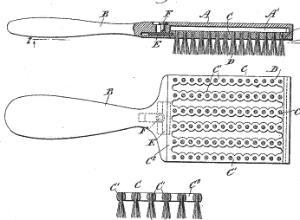 Have you ever seen those old-time movies where women run a brush through their hair 100 times, counting each stroke in what appears to be an unnecessary waste of time? They probably had to do that way back then. Brushes weren’t as user friendly as they are today, and combing hair was a long and difficult process.

Lyda D. Newman’s invention was simple yet revolutionary. In 1898, Newman patented her “new and improved hair-brush.” The brush had evenly separated bristles, slots that kept dirt and hair neatly contained, and a detachable compartment for easy cleaning. The artificial bristles Newman used were similar to the plastic ones used today.

Bridget “Biddy” Mason didn’t invent the city of Los Angeles, but she did help shape the city’s downtown area.

Mason was born a slave and traveled with her slave owner, Robert Smith, as he moved around the country. When Smith moved his family and slaves to California, Mason discovered slavery was illegal in the state, petitioned the courts to free herself and her family, and won. 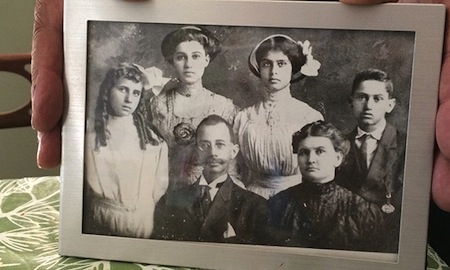 With her newfound freedom, Mason worked hard as a nurse and midwife until she had enough money to invest in real estate. Eventually she was able to buy 10 acres for $250, on which she built rental homes, and eventually a larger commercial building she rented out. That land she invested in and developed is now the heart of downtown L.A. As she amassed her wealth, she also established the First African Methodist Episcopal church and donated time and money to multiple charities and community programs.

Despite all of her accomplishments, Mason was buried in an unmarked grave in Boyle Heights, Los Angeles when she died in 1891. Her real estate and money were passed on to her children, but the legacy was lost in the Great Depression. Nearly 100 years after her death, L.A.’s mayor—and 3,000 members of the church she started—gave her grave a proper tombstone, and Thursday, November 16, 1989, was declared Biddy Mason Day. Today a memorial to her achievements is erected at the site where her home once stood in downtown L.A.

Mary Beatrice Davidson Kenner patented many inventions in her life. There was the new and improved bathroom-tissue holder which caught the loose end of the toilet paper for easier use and the back scrubber that attached to the shower wall for better-executed hygiene. She also patented an adjustable tray and pocket attachment for walkers which made travel more convenient for people who used walking aids, and a “sanitary belt with a moisture proof napkin pocket” which made the cumbersome precursor to the pad less messy and more effective. 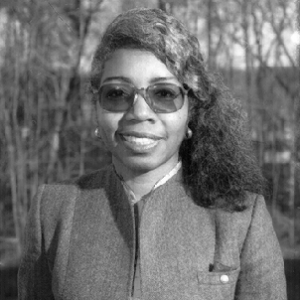 Seen any 3D movies lately? You know why? A black women: Valerie Thomas, physicist, inventor, and NASA data analyst. When she wasn’t busy managing the Landsat program, which has produced millions of images of Earth, she was inventing the technology which went on to become the premise for more advanced TV screens and modern 3D technology.

In the late ’70s, Thomas discovered that concave mirrors can create the illusion of 3-dimensional objects and began experimenting with how she could visually transmit the 3D illusion. In 1980, Thomas patented her illusion transmitter.

While she may not be responsible for everyone’s sight, Dr. Patricia Bath invented a device that drastically improved the process for removing cataracts, which can cause impaired vision and blindness. Today, her Laserphaco Probe, which allows for quick and almost painless removal of cataracts,  is used around the world.

Dr. Bath was the first African-American woman to receive a medical patent, co-founded the American Institute for the Prevention of Blindness, and was the first woman to become the head of a residency program in ophthalmology. And if that’s not enough, she pioneered the concept of “community ophthalmology”—a system that increased the amount of eye care available to low-income and underserved populations.

Lindsey Weedston wrote this article for YES! Magazine. Lindsey is a Seattle-based feminist blogger with a creative writing degree that everyone told her would be useless. She spends her time writing about various human rights and social justice issues on her blog Not Sorry Feminism and dabbles in video game reviews and commentary. Find her on Twitter at @NotSorryFem.

See also:
Masai Women Are Leading a Solar Revolution With Help From Their Donkeys
‘Stand With Charleston:’ Communities Across Country Rise Up for Black Lives