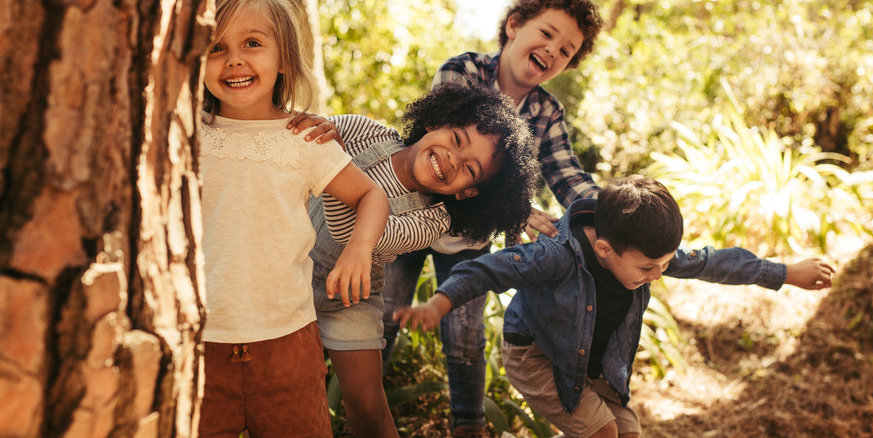 In the past century, significant progress has been made in advancing gender equity in the United States. Women gained the right to vote, fathers have become more involved parents, and more people and institutions recognize gender identities beyond the binary categories of male and female.

However, persistent gaps remain. Women hold only a quarter of U.S. congressional seats, only a handful of states mandate paid paternity leave, and state legislatures are introducing bills that discriminate against transgender people.

Most Americans believe there is more work to do on gender equality. As a genderqueer sociologist, a parent of a kindergartner, and the author of a book on gender creative parenting, I study the importance of disrupting sexism in childhood. Here are five ways I’ve found that parents and caregivers can fight gender stereotypes in kids’ lives.

1. Acknowledge That A Child May Be LGBTQI+

And nationwide, more than 11% of high school students say they are lesbian, gay, bisexual, or questioning their sexuality. Young LGBTQ people are coming out to their families earlier than older generations did. Research shows that family acceptance of young LGBTQ people is associated with greater mental and physical health and protection against depression, substance abuse, and suicide.

2. Be Aware Of Gendered Marketing

Children’s toys and clothes are increasingly divided by gender, and many people blame the profit-driven exploitation of gender-stereotyped marketing.

For example, building toys and small vehicles are marketed to boys, and dolls and makeup to girls. In children’s clothing stores, primary colors, transportation, and sport graphics are often on one side, and pastels, flowers, and sparkles on the other.

Children learn important social, emotional, and physical life skills through play. Playing with a variety of toys provides opportunities to develop and build upon well-rounded skills, including spatial awareness and empathy. Gender-stereotyped marketing can limit the kinds of toys and experiences children are exposed to.

Parents and caregivers can shop all the aisles of a toy or clothing store to show children that gendered marketing boundaries are arbitrary and can be crossed. They can let kids explore what is available and choose for themselves.

Counterstereotyping—explicitly reversing a stereotype—is also a powerful way to disrupt gender stereotypes in play. For example, a caregiver can look at dolls with a boy and say things like, “Boys like dolls” and “Daddies are really good at caring for babies.”

Parents and caregivers are children’s first models for how gender is performed. Adults can model language and behavior that challenge binary and harmful sexist stereotypes, such as the belief that women should do more housework—even when they have full-time employment. For example, in households with more than one parent, and especially in different-gender couples, parents can share parenting responsibilities and household tasks.

Actions speak louder than words, and children are more likely to reject the idea of traditional gender norms when their parents exhibit fairness and divide domestic labor equitably, not just mention it as something they value.

Parents can switch up children’s chores so they learn about housekeeping in a nongendered way. Boys can do dishes, and girls can take out the garbage. Parents can also ensure allowance is equitable, as the gender pay gap can start at home. Research suggests girls earn less allowance even when they do more chores.

Using gender-neutral pronouns and other words can reduce gender bias and increase positive regard for women and LGBT people. For example, using anatomical language instead of gendered words, like “vulva” instead of “girl parts,” teaches children that not all people who have vulvas identify as girls. This doesn’t erase cisgender girls, but is inclusive of many transgender boys and nonbinary kids. Similarly, replacing “moms and dads” with “parents and caregivers” is not only inclusive of same-sex and nonbinary parents but also acknowledges single parents and the millions of grandparents and nonrelative guardians.

In children’s books, where boy characters far outnumber girls and other genders, caregivers can change he/him pronouns to she/her and they/them. Adults can also choose books and media that represent kids in diverse and inclusive ways, and call out stereotypes when they come up in stories.

Gender segregation is deeply embedded in social structures and can have negative implications, such as sexist attitudes toward people of other genders. Children are often categorized in gendered groups, sometimes casually (“boys line up here, girls line up there”) and other times explicitly, like in single-sex schools.

Research shows that children who have close friendships with children of other genders hold more positive and less sexist attitudes toward their friend’s gender.

Parents and educators can create opportunities for kids to interact with children of different genders. They can stop segregating children by gender, choose sports teams and other organized extracurricular activities that are open to all genders, and host mixed-gender birthday parties, for example. All-gender activities help children recognize their similarities and celebrate their differences and are inclusive of children who don’t identify as a girl or boy.

Kyl Myers (they/she) is a sociologist, award-winning educator and globally recognized advocate for gender creative parenting. Kyl is the author of Raising Them: Our Adventure in Gender Creative Parenting and lives with their family between the U.S. and Australia.