A Fast-Emptying Ark: The World Grows Quieter By The Day 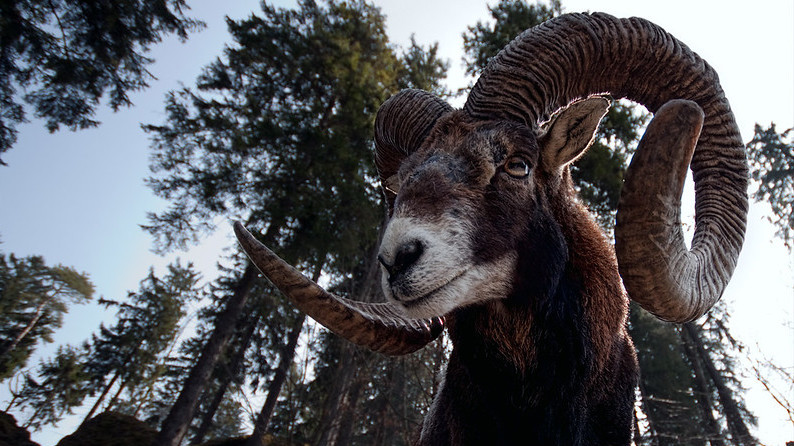 “Wildlife” by Kuster & Wildhaber Photography is licensed under CC BY-ND 2.0.

I confess, for reasons I can’t fully explain, that when bad things are happening to animals I tend to look away in pain. When bad things are happening to people I try to face those things squarely and do what I can, but there’s something about wildlife—perhaps the way its become implicated in our strange human game without having the slightest agency at all—that just confounds me; some kind of sad and disabling rage fills me. Sometimes, however, the truths are just too overwhelming to avoid.

Over those five decades most of the decline can be traced to habitat destruction: the human desire for ever more stuff playing out daily, acre by acre, across the globe.

A vast new study finds there are 70 percent fewer wild animals sharing the earth with us than there were in 1970. Read that again. And again.

To be more specific, the World Wildlife Fund’s Living Planet Index, which monitors 32,000 separate populations of species around the world, found that on average they were 69% smaller than they had been in 1970.

This is not because we had an overpopulation of bears and monkeys and parrotfish in 1970—I was alive then, and I’m pretty confident in my memory that we weren’t overrun with wildlife. Instead it’s because we haven’t reined ourselves in, in any way—it’s because we (with a particular emphasis on those with the most money and power) have claimed ever more of the planet for ourselves, often without really knowing it.

The WWF says “these populations, or trends in relative abundance, are important because they give a snapshot of changes in an ecosystem. Essentially, declines in abundance are early warning indicators of overall ecosystem health.” Fair enough—it clearly bodes ill for all of us that our waterways and forests can no longer support as many animals as once they could.

But that’s not what makes me so desperately sad. It’s that so many trillions of animals are dead, gone. The world is so much lonelier than it’s ever been before, at least in the long eons since fish started crawling out on land. The wondrous, comical, cruel, buzzing, gaudy, sexy carnival that is Life has shut down most of its tents; the symphony of grunts, squeaks, roars, belches and barks has faded to a diminuendo chorus. The creatures that always informed human dreams—that ended up on masks and totem poles, daubed on the walls of caves—have wandered away into the mist.

Over those five decades most of the decline can be traced to habitat destruction: the human desire for ever more stuff playing out daily, acre by acre, across the globe. I want a hamburger; a Brazilian entrepreneur wants money; together we hire (by the magic of ‘the market’) some poor soul who wants only to feed his family, and he cuts down another swath of rainforest, and with it a dozen species we haven’t even named yet. I want a house to live in and the wood must come from somewhere, and the coal and the oil to power it, and to power the car that takes me from there to the store; one of the ironies of the report is that wildlife has declined least in North America and Europe, in part because it had declined pretty steeply there prior to 1970, and in part because we’ve been rich enough to preserve some of our landscape. Rich enough because we’ve had access to so many other landscapes.

But in the decades ahead the report makes clear that climate change will be the main driver of what they call, in a technically precise but emotionally vacant phrase, “biodiversity loss.” As we raise the temperature (and the pH) of the oceans, we destroy those reefs that harbor so much of its beauty; as we raise the temperature of the air we drive animals up the mountain till they hit the summit, and north till they run out of north. As Benjamin von Brackel writes in his moving new book Nowhere Left to Go, “The closer they get to the Pole, the more the inhabitable territory shrinks. Earth is an ellipsoid, after all.”

If you want good news, it’s that populations can in fact recover—reproduction is a powerful force, and given some space, animals can rebound. (The authors of the new report note that when a couple of small and no-longer-useful dams were torn down on some New England streams, herring populations quickly rebounded from a few thousand to a few million, which doubtless did wonders for whoever eats herring too). There are paradoxes here: building out clean energy is going to take some land that’s useful for animals (see desert tortoises in the Mojave) but the scale of the destruction clearly in the offing if we don’t build out that energy means we should give the benefit of the doubt to sun and wind; still, learning to do it in ways that offer the fewest insults to the rest of creation is what we should aim for. Fill solar farms with native plants for bees and butterflies. Build them with wildlife corridors Use offshore turbines to build coral reefs. But above all don’t let the planet keep warming.

The WWF report points out that we can’t achieve the world’s Sustainable Development Goals (or SDGs) unless we prevent a climate-led biodiversity collapse. That’s true, and that’s crucial. And we also can’t have a whimsical, magical, various world. Today, as I write this, the fall color in Vermont has reached its apex for the year; the forest is fantastically decorated. I can hear, as I walk the dog in the evening, the hoot of the barred owl. A deer just sauntered by. It’s too much, and (compared with all prior history) not nearly enough.

Bill McKibben is the Schumann Distinguished Scholar at Middlebury College and co-founder of 350.org and ThirdAct.org. His most recent book is “Falter: Has the Human Game Begun to Play Itself Out?.” He also authored “The End of Nature,” “Eaarth: Making a Life on a Tough New Planet,” and “Deep Economy: The Wealth of Communities and the Durable Future.”