An Open Letter To Bill Gates On Food, Farming, And Africa

We do not need to increase production as much as to assure more equitable access to food.

Community Alliance for Global Justice/Agra Watch and Alliance For Food Sovereignty In Africa, 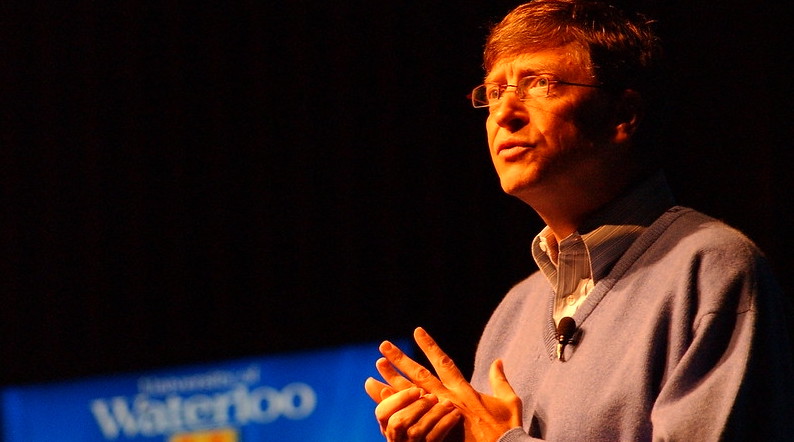 You were recently featured commenting on the global state of agriculture and food insecurity, in a recent New York Times op-ed by David Wallace-Wells and also in an Associated Press article.

In both articles, you make a number of claims that are inaccurate and need to be challenged. Both pieces admit that the world currently produces enough food to adequately feed all Earth’s inhabitants, yet you continue to fundamentally misdiagnose the problem as relating to low productivity; we do not need to increase production as much as to assure more equitable access to food. In addition, there are four specific distortions in these pieces which should be addressed, namely: 1) the supposed need for “credit for fertilizer, cheap fertilizer” to ensure agricultural productivity, 2) the idea that the Green Revolution of the mid-20th century needs to be replicated now to address hunger, 3) the idea that “better” seeds, often produced by large corporations, are required to cope with climate change, and 4) your suggestion that if people have solutions that “aren’t singing Kumbaya,” you’ll put money behind them.

It is your preferred high-tech solutions, including genetic engineering, new breeding technologies, and now digital agriculture, that have in fact consistently failed to reduce hunger or increase food access as promised.

First, synthetic fertilizers contribute 2% of overall greenhouse gas emissions and are the primary source of nitrous oxide emissions. Producing nitrogen fertilizers requires 3-5% of the world’s fossil gas. They also make farmers and importing nations dependent on volatile prices on international markets, and are a major cause of rising food prices globally. Yet you claim that even more fertilizer is needed to increase agricultural productivity and address hunger. Toxic and damaging synthetic fertilizers are not a feasible way forward. Already, companies, organizations, and farmers in Africa and elsewhere have been developing biofertilizers made from compost, manure, and ash, and biopesticides made from botanical compounds, such as neem tree oil or garlic. These products can be manufactured locally (thereby avoiding dependency and price volatility), and can be increasingly scaled up and commercialized.

Second, the Green Revolution was far from a resounding success. While it did play some role in increasing the yields of cereal crops in Mexico, India, and elsewhere from the 1940s to the 1960s, it did very little to reduce the number of hungry people in the world or to ensure equitable and sufficient access to food. It also came with a host of other problems, from ecological issues like long-term soil degradation to socio-economic ones like increased inequality and indebtedness (which has been a major contributor to the epidemic of farmer suicides in India). Your unquestioning support for a “new” Green Revolution demonstrates willful ignorance about history and about the root causes of hunger (which are by and large about political and economic arrangements, and what the economist Amartya Sen famously referred to as entitlements, not about a global lack of food).

Third, climate-resilient seeds are already in existence and being developed by farmers and traded through informal seed markets. Sorghum, which you tout in your interview as a so-called “orphan crop”, is among these already established climate-adapted crops. You note that most investments have been in maize and rice, rather than in locally-adapted and nutritious cereals like sorghum. Yet AGRA (the Alliance for a Green Revolution in Africa), which your foundation (the Bill and Melinda Gates Foundation) created and financed, has been among those institutions that have disproportionately focused on maize and rice. In other words, you are part of creating the very problem you name. The AGRA initiative, which your foundation continues to fund, has also pushed restrictive seed legislation that limits and restricts crop innovation to well-resourced labs and companies. These initiatives don’t increase widespread innovation, but rather contribute to the privatization and consolidation of corporate monopolies over seed development and seed markets.

Finally, your assertion that critics of your approach are simply “singing Kumbaya,” rather than developing meaningful (and fundable) solutions, is extremely disrespectful and dismissive. There are already many tangible, ongoing proposals and projects that work to boost productivity and food security–from biofertilizer and biopesticide manufacturing facilities, to agroecological farmer training programs, to experimentation with new water and soil management techniques, low-input farming systems, and pest-deterring plant species. What you are doing here is gaslighting–presenting practical, ongoing, farmer-led solutions as somehow fanciful or ridiculous, while presenting your own preferred approaches as pragmatic. Yet it is your preferred high-tech solutions, including genetic engineering, new breeding technologies, and now digital agriculture, that have in fact consistently failed to reduce hunger or increase food access as promised. And in some cases, the “solutions” you expound as fixes for climate change actually contribute to the the biophysical processes driving the problem (e.g. more fossil-fuel based fertilizers, and more fossil-fuel dependent infrastructure to transport them) or exacerbate the political conditions that lead to inequality in food access (e.g. policies and seed breeding initiatives that benefit large corporations and labs, rather than farmers themselves).

In both articles, you radically simplify complex issues in ways that justify your own approach and interventions. You note in the New York Times op-ed that Africa, with the lowest costs of labor and land, should be a net exporter of agricultural products. You explain that the reason it is not is because “their productivity is much lower than in rich countries and you just don’t have the infrastructure.” However, costs of land and labor, as well as infrastructures, are socially and politically produced. Africa is in fact highly productive–it’s just that the profits are realized elsewhere. Through colonization, neoliberalism, debt traps, and other forms of legalized pillaging, African lives, environments, and bodies have been devalued and made into commodities for the benefit and profit of others. Infrastructures have been designed to channel these commodities outside of the continent itself. Africa is not self-sufficient in cereals because its agricultural, mining, and other resource-intensive sectors have been structured in ways that are geared toward serving colonial and then international markets, rather than African peoples themselves. Although you are certainly not responsible for all of this, you and your foundation are exacerbating some of these problems through a very privatized, profit-based, and corporate approach to agriculture.

There is no shortage of practical solutions and innovations by African farmers and organizations. We invite you to step back and learn from those on the ground. At the same time, we invite high profile news outlets to be more cautious about lending credibility to one wealthy white man’s flawed assumptions, hubris, and ignorance, at the expense of people and communities who are living and adapting to these realities as we speak.

Friends of the Earth Africa

Written by Community Alliance for Global Justice/Agra Watch,  and Alliance for Food Sovereignty In Africa (AFSA).