Obtaining medically accurate information about abortion can be difficult yet dire for pregnant people desperate for answers. 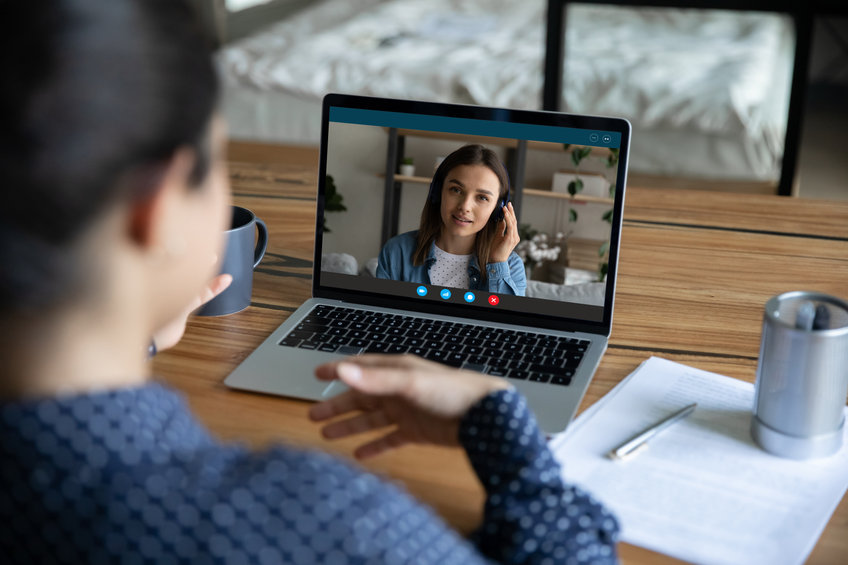 Each year, 25 million unsafe abortions are performed around the world. The rate of unsafe abortions is higher where access to skilled providers and effective contraception is limited or unavailable, or where sexual education is lacking.

Accessing medically accurate information about abortion can be a sensitive pursuit for people desperate for answers; it’s particularly dire if they’re pregnant without wanting to be. Decisions based on misinformation can lead to disability—and even death.

Earlier this year, Hesperian, a Berkeley, California-based nonprofit that develops and publishes health information on a range of global issues, created the Safe Abortion app as a way for people to learn about their medical options safely and discreetly.

Users of the app can find a pregnancy calculator, descriptions of different abortion methods, and instructions for how to administer misoprostol for a medical abortion.

The app can be downloaded for free and operated offline, a design feature to safeguard privacy. Because of its offline functionality, however, users aren’t able to connect with one another to build community through engagement.

Additionally, despite providing an “extensive FAQ section,” according to its website, the app doesn’t offer a list of resources for where to find providers or misoprostol, crucial information for people who live where abortion is being legislatively attacked, restricted and dismantled.

In May, Alabama’s governor signed into a law an abortion ban that would exempt only those whose lives are at risk or whose fetuses aren’t viable. Since then, a number of states—including Missouri, Mississippi, Louisiana, and Georgia—have moved to drastically restrict access.

“It’s getting harder and harder for them to get” accurate information about abortion, said Sarah Shannon, executive director of Hesperian. It’s already hard in many places in the world.

Users from more than 220 countries visit Hesperian online, researching information on topics from malaria to HIV to midwifery, and on matters as practical as latrine building. Content is translated into more than 80 languages.

But Shannon said she and Hesperian staff noticed that the most popular search on the site was for unsafe abortion.

“Uniformly, this was always among the top, if not the most visited, piece of content from anywhere in the world,” she said.

There are about 2,700 crisis pregnancy centers in the U.S., more than three times the number of clinics that perform abortions.

To date, Shannon said, the app has had about 4,600 active users. “This is a really engaged group of users,” each of whom is “averaging four sessions, at least,” she says.

“We believe it’s either information shared with others, which we really hope to be the case, or a woman consulting it multiple times to just make sure she’s got the right information.”

The top users of the app are from the United States, Nigeria, India, Argentina, Cameroon, and Mexico, but people interact with it differently depending on where they live, she says.

For example, across Latin America and in Nigeria abortions are common but clandestine, performed legally only under the most extreme circumstances—to save the parent’s life. People know where to get abortion pills, but they don’t know how to take them, or they might not take them because they don’t know the effects.

In the U.S., where abortion is restricted in many states, people risk being misled by anti-choice apps and by crisis pregnancy centers, which in many cases are not pregnancy centers at all.

Operating in communities across the country, these fake pregnancy centers are “storefronts that use false and misleading advertising and the offer of free pregnancy tests or other services” to counsel people against abortions, according to NARAL Pro-Choice America.

“An app isn’t the solution for everyone, but the more solutions and options, the better.”

About 2,700 crisis pregnancy centers are in the U.S., more than three times the number of clinics that perform abortions.

Far less is known about online efforts to influence people against abortions. Anti-abortion centers such as Birth Choice Centers and Care Net, which has a “network of more than 1,100 affiliated pregnancy centers,” offer mobile apps to stop people from obtaining abortions. Their features include scripts that anti-abortion advocates can use to dissuade people considering an abortion, and tools for scheduling “free and confidential” visits at the clinics.

For many, shame and stigma from an unintended pregnancy can instill fear of exploring medical options, says Renee Bracey Sherman, senior public affairs manager at the National Network of Abortion Funds and founder of We Testify, a leadership program for abortion storytellers.

“People who are pregnant don’t know where they can go for information,” she says. “And the anti-abortion movement wants that.”

“Of course, some people will want someone to talk to about their experience,” she said in an email, “so an app isn’t the solution for everyone, but the more solutions and options, the better.”

Shannon agreed that a forum or some online portal to foster community would benefit users, as would a list of local abortion providers or pill distributors. Her team decided against it, though, to avoid exposing clandestine distribution channels of the pill and jeopardizing people’s health in parts of the world where abortion is heavily restricted or even banned.

She said she looks forward to the app being used more so that “anybody who needs it has that information.”

Erin Sagen is a freelancer and former associate editor at YES! She lives in Seattle and writes about food, health, and suburban sustainability.

This article is reprinted from Yes! Magazine under Creative Commons license.