Banned In 32 Countries, Paraquat Use Is Expected To Increase In The United States 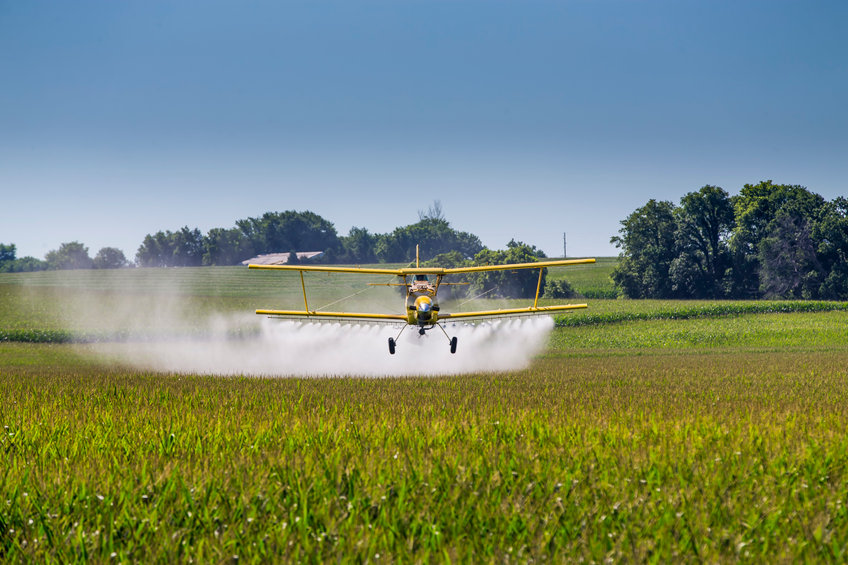 Over the past century, agriculture’s industrialization came about as a revolutionary measure meant to transform the food production methods in the U.S. and throughout the world. While the primary goal was to minimize farming costs to make food more financially accessible to the general population, industrialization did not generate the desired results in the long run. People are paying a different price nowadays, a negative reflection on environmental and public health.

Attempting to keep up with the high demand for inexpensive produce, agricultural workers are using dangerous pesticides that endanger their health and the well-being of their communities. These chemicals can pollute the air, water, and soil, generating horrendous effects over time. One such weed-killer is paraquat, which has been used since the ‘60s for killing weeds. This substance is so lethal that it may actually kill the crops it’s supposed to protect. While it is widely known as paraquat in the U.S., it may be found under various other brand names, depicting almost six decades on the market.

Paraquat has already been classified as a chemical with restricted use, handled by certified applicators. Due to its effectiveness in reducing crop damage, it is still widely used for weed and grass control.

Many people have no idea of the dangers they expose themselves, their families, and neighbors to because if paraquat is widely available for purchase, it would mean it is safe to use. Besides, most warnings refer to the immediate effects of high doses and disregard those with continuity for repeated smaller doses.

Nevertheless, the Environmental Protection Agency (EPA) imposed that the licensed applicators allowed to handle the substance need to undergo approved training once every three years. Uncertified individuals are not allowed to apply the pesticide, and residential use of paraquat is restricted.

Multiple countries faced an increased suicide rate due to paraquat ingestion, being highly toxic to other mammals and birds and fatal to humans, so they imposed a ban on the destructive pesticide. In contrast to these global reactions, paraquat is gaining popularity in the U.S.

According to The Parkinson’s Foundation Prevalence Project, the disease affects nearly one million people in the U.S. At the same time, a somber assessment predicts a generic rise in Parkinson’s cases to 1.2 million by 2030. While the condition’s incidence increases with age, an estimated four percent of those people develop the disease in their fifties or younger. Farmworkers exposed to paraquat have a higher risk of being affected by Parkinson’s. Still, they are not the only threatened category: people living in agricultural areas and even those who constantly purchase and consume produce doused with the harmful pesticide may also be in danger.

The damaging consequences of paraquat exposure may result in constant necessary care for performing everyday activities, and no recognized medication can prevent the progression of the disease. As a result, the patient’s quality of life is significantly diminished, while financial burdens increase.

While many other countries have banned the use of this toxic herbicide, the U.S. seems to disregard all the adverse long-term health effects and, in consequence, Parkinson’s cases are predicted to rise even more.

Paraquat Use – The U.S. Vs. The Rest Of The World

Paraquat is now banned in 32 countries due to its toxicity, including European Union states where the substance is manufactured and exported – especially in the UK, China and Brazil. Nonetheless, this year in 2021, the EPA reapproved the chemical’s registration for another 15 years. This decision was met with massive disapproval from environmental and health organizations, who, in September 2021, sued the EPA for approving the prolonged use of this deadly pesticide.

The resolution has everyone thinking that the EPA blatantly ignores the harm that paraquat inflicts on farmworkers, fields, and neighboring communities. In 2020, The EPA proposed to renew the registration of paraquat for the 15 years established by law while banning nearly all aerial spraying. However, in August 2021, they did not only approve the 15-year renewal but also permitted paraquat aerial use in most agricultural areas.

Aside from being a human health hazard, pesticides such as paraquat should be removed from use throughout the U.S., and communities informed on the more environmentally safe alternatives that corporations have access to. Risk-free alternatives to dangerous chemicals exist and should be actively considered, such as environmentally-friendly organic herbicides, tilling work, or pesticide-free mulches.

It is also essential for people working in the agricultural sector or constantly exposed to weedkillers to know that there are additional precautionary measures to practice. They include avoiding over-exposure when working outside, wearing protective gear if they must use pesticides, keeping a strict cleansing regimen before entering their homes, and, above all, limiting their consumption of foods grown with pesticides.

Increasing universal awareness about the adverse effects of pesticides on human health is imperative. Ideally, nations need to stand together and strengthen pesticide use regulation, make risk data more accessible and transparent, stop importing any products banned in other countries, and encourage the general population to use safer alternatives to harmful substances.

Miguel Leyva advocates for people who suffer from paraquat exposure, working to help them and their families.