As the weather cools and we turn to more savory foods, learn about the history of butter, duck season in France, and the life of Patience Gray, the visionary behind the modern slow food culture. For reflecting during the turning of the seasons, read about how antibiotics changed our food, how to combat a hot and hungry planet, and the food truck movement. Or, in the spirit of the fall harvest, learn about migrant workers in California. There is something for all tastes, so take advantage of the lengthening nights to read a few.

Against the Grain: A Deep History of the Earliest States by James C. Scott
The conventional teaching is that, in order to create civilization, humans moved from hunting and gathering toward sedentary communities that cultivated cereal grains and domesticated livestock. In his newest work,  James C. Scott, Professor and co-director of the Agrarian Studies Program at Yale University, challenges that narrative. In Against the Grain, Scott argues that the transition to sedentary livelihoods was born not of a need for secure living, but a desire to control reproduction in several spheres of human life.

Big Chicken: The Incredible Story of How Antibiotics Created Modern Agriculture and Changed the Way the World Eats (forthcoming September 12, 2017) by Maryn McKenna
Each day, what we choose to eat affects ourselves and the world around us: that is the core idea that drives Maryn McKenna’s new book, Big Chicken. One part history and one part investigative journalism, Big Chicken traces the history of modern chicken production and antibiotics in agriculture, and how this history fits into a larger narrative about our food habits. Drawing on the tradition set by Upton Sinclair’s The Jungle, McKenna’s Big Chicken aims to encourage better food consumers through a more holistic view of modern agriculture and the issues embedded within it.

Butter: A Rich History (re-issue forthcoming October 17, 2017) by Elaine Khosrova
In her cultural and culinary history, former pastry chef and acclaimed food writer Elaine Khosrova tells the story of a modern staple: butter. Tracing butter’s history across three continents, Khosrova’s work carries the reader into a deeper understanding of the role of butter in political economy, nutrition, and art. As an added benefit, Khosrova includes a few butter recipes taken from her travels. One part history, one part cookbook, Khosrova aims to give meaning to an overlooked culinary staple. 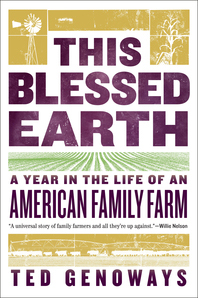 This Blessed Earth: A Year in the Life of An American Family Farm (forthcoming September 19, 2017) by Ted Genoways
In his new book, This Blessed Earth, Ted Genoways explores the history and future of America’s family farm. Situated at the crossroad of isolation and change, the modern family farm is valued through the past and faced with challenges in the future. Living with the Hammond family of York County, Nebraska, from harvest to harvest, Genoways maps the changing landscape that surrounds the family farm. In doing so, This Blessed Earth hopes to convey an intimate portrait of an American experience.

Chasing the Harvest: Migrant Workers in California Agriculture by Gabriel Thompson
In 1939, John Steinbeck released The Grapes of Wrath, a realist novel that follows the Joad family out of the Oklahoma Dust Bowl and to California. The book aimed to make the public more attuned to the conditions of Californian migrant farmers. In the 1970s and 80s, Cesar Chavez and the Salad Bowl strike affected the public in much the same way. Drawing on—and combining—these traditions, Gabriel Thompson’s Chasing the Harvest seeks to give voice to the nearly 800,000 people working on California’s farms and the conditions they face.

Duck Season: Eating, Drinking, and Other Misadventures in Gascony—France’s Last Best Place by David McAninch
For nearly eight months, David McAninch lived as a Gascon of Gascony, a rural region in southwestern France and famous for its influence on French cuisine. As a Gascon, McAninch worked to change the way he thought about food: herding sheep, harvesting grapes, and eating—a lot. Exploring a local culture through agricultural and cooking traditions, Duck Season describes McAninch’s transformation as a result of this journey, providing a few recipes to try at home, as well. 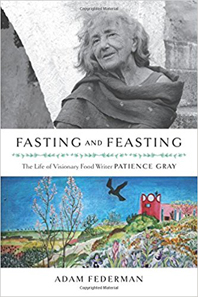 Fasting and Feasting: The Life of Visionary Food Writer Patience Gray (forthcoming September 6, 2017) by Adam Federman
When Patience Gray passed away in 2005, the British Broadcasting Corporation (BBC) called her an “almost forgotten culinary star.” Gray lead a life of relative isolation in an impoverished region of southern Italy, without electricity or telephone. And yet, Federman argues, contemporary food movements like Slow Food, committed to regional cuisine, can trace their foundational missions to Grey’s writing and life. Recognizing her importance to modern food culture, Fasting and Feasting aims to change the common conception—or lack thereof—of Patience Gray, celebrating her life and her legacy.

Fishing: How Sea Fed Civilization (forthcoming September 26, 2017) by Brian Fagan
In his new book, Fishing: How the Sea Fed Civilization, Brian Fagan presents the history of aquaculture as an important and often overlooked topic. Drawing on archaeological information, Fagan argues that—in contrast to the land-bound practices of agriculture—the technologies and cuisine that fishing enabled helped to empower humans to explore the globe, both as conquering armies and recreational travelers. Conveying the histories of archaeological sites from across the oceans, Fagan’s Fishing endeavors to explain how fishing fits into the larger human narrative.

Food Trucks, Cultural Identity, and Social Justice: From Loncheras to Lobsta Love (forthcoming September 8, 2017) edited by Julian Agyeman, Caitlin Matthews, and Hannah Sobel
In cities across America, food trucks are gaining popularity; but do food trucks help or hinder other societal goals? Examining the food truck phenomena in North America through the lens of social justice, the contributors in Food Trucks, Cultural Identity, and Social Justice investigate the topics ranging from discrimination, gentrification, and community development. The editors hope that everyone interested in food trucks, be it their criminalization in Los Angeles or celebration in Vancouver, will learn something new from this unique anthology. 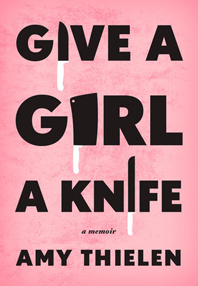 Give a Girl a Knife: A Memoir by Amy Thielen
After a career as a chef in New York City, Amy Thielen moved back to Minnesota and into a cabin deep in the woods, rediscovering her culinary and personal roots. Recounting this experience in Give a Girl a Knife, Thielen conveys a coming-of-age story that connects her rural upbringing to life in kitchens of New York’s most famous chefs.

Hot, Hungry Planet: The Fight to Stop a Global Food Crisis in the Face of Climate Change by Lisa Palmer
By the year 2050, the United Nations projects that the world population will reach nearly 9.8 billion people. Meanwhile, increasingly extreme weather patterns are affecting vulnerable societies around the globe. Following these two trends, Lisa Palmer’s journalistic career has focused on how our global food system can do right by future generations both in terms of food security and climate policy. In her new book, Hot, Hungry Planet, Palmer outlines three policy levers that can play a part in our global response.

Notes on a Banana: A Memoir of Food, Love, and Manic Depression by David Leite
In Notes on a Banana, celebrated food writer David Leite describes the role that food and family played in his struggle with sexual identity and mental illness. Tracing his own life from Fall River, Massachusetts, to his present life as a James Beard Foundation Award-winning food writer, Leite’s Notes on a Banana is a reminder that beneath the surface, what we eat is both a reflection of who we are and something that shapes us. 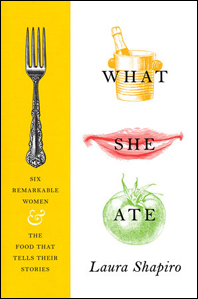 What She Ate: Six Remarkable Women and the Food That Tells Their Stories by Laura Shapiro
Although what we choose to eat is an important part of our lives, it is seldom thought of as a central element of biography. But in What She Ate, Lauren Shapiro tells the stories of six prominent women—Dorothy Wordsworth, Rosa Lewis, Eleanor Roosevelt, Eva Braun, Barbara Pym, and Helen Gurley Brown—and their food. In doing so, Shapiro’s What She Ate tries to nuance readers’ understanding of six extraordinary lives.

Continue with good food reads every month through Real Food Media’s Book Club, or download the monthly book club podcast to listen on your commute.

This article was republished from Food Tank.