Chelation Therapy: A Shot in the Arm Towards Better Health

Each year over 500,000 Americans die of cardiovascular disease, our nation's number one killer, and an estimated 1,500,000 new cases are diagnosed. Ten billion dollars was spent in the U.S. in 1991 on bypass surgery alone, while a few billion dollars more were spent on angioplasty.

The official position of the American Heart Association is that bypass surgery should be limited to patients with crippling angina who do not respond to more conservative treatment. Chelation therapy offers a viable, safe and painless alternative.

Chelation therapy is used to rid the body of unnecessary and toxic metals and is employed by a growing number of physicians to improve circulation and help reverse the process of atherosclerosis (hardening of the arteries). Our bodies' blood vessels are constantly being damaged by high blood pressure, toxic metals, poor diet, and by the effects of stress, leading to a build up of cholesterol and calcium plaque in arteries throughout the body. Chelation therapy removes the calcium, lead and other heavy metal toxins from the plaque lining the artery walls and blood vessels through the injection of intravenous chelating agents. Removing these toxins ultimately increases circulation.

Because it removes toxic metals, chelation therapy also reduces internal inflammation caused by free radicals, which are highly reactive destructive molecules. As a result, it can ease the discomfort and disability from many degenerative inflammatory diseases including arthritis, diabetes, scleroderma, and lupus. By restoring good circulation to all the tissues of the body, chelation can help to avoid bypass surgery, reverse gangrene, alleviate intermittent claudication (cramping) of the legs and also shows promise in restoring memory. 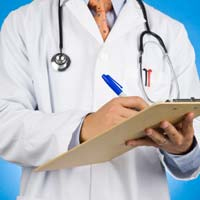 Since the 1950's, chelation therapy has been used safely in over 1 million patients in the United States. EDTA (ethylenediaminetetracetic acid), the synthetic amino acid used during the infusions, has received U.S. FDA approval for lead and heavy metal toxicity treatments and the treatment of hypercalcaemia. Numerous alternative physicians in the U.S. also recommend and use chelation therapy for cardiovascular disease and related health problems, based on their own clinical experience which has shown that chelation consistently improves blood flow and relieves symptoms associated with vascular disorders caused by arteriosclerosis. Such physicians follow the treatment protocol established by the American College for the Advancement in Medicine (ACAM) and the American Board of Chelation Therapy (ABCT), the two leading advocacy organizations for EDTA chelation therapy in the U.S.

How Chelation Therapy is Administered

Chelation therapy is performed on an outpatient basis, is painless and takes approximately 3 hours. For optimal results, physicians recommend 20-30 treatments given at an average rate of 1-3 per week with patient evaluations made at periodic intervals. The patient reclines comfortably and is given an intravenous (IV) solution of EDTA with vitamins and minerals. To monitor the patient's progress it is recommended that patients have the following tests beforehand, during and after chelation:

A whole foods, low-fat diet and appropriate exercise with lifestyle changes are normally recommended as part of a full treatment program. The chelation program works best when chelation therapy is administered in conjunction with a combination of oral supplements such as multivitamins and minerals, antioxidants and herbs which have further cardio-protective effects.

According to Gary F. Gordon, MD, of Payson, Arizona, the father of the modern day chelation movement and co-founder of both ACAM and ABCT, a carefully tailored program of vitamin and nutritional supplements should also be part of the treatment and may include vitamin C, heparin, selenium, chromium, copper, zinc and manganese. Smoking is strongly discouraged and alcohol should be consumed only in moderation.

The cost per treatment can vary depending in part on the nutritional ingredients the doctor may use. As a member of the Board of Homeopathic Medical Examiners for Arizona in charge of chelation review, Dr. Gordon requires that all newly recognized risk factors, including C-reactive protein, homocysteine, and lipoprotein (a), are tested and treated on any patient having chelation therapy for any vascular problem. Dr. Gordon recommends that intravenous chelation therapy for cardiovascular disease be administered as a support program alongside effective pharmacological and nutritional therapy to cover all cardiovascular risk factors.

Oral chelation with EDTA or other metal chelating agents taken either orally or by suppository has been practiced for many years. It suffers, however, from the fact that only 10% of this agent is absorbed from the gastrointestinal tract when taken either orally or by suppository. This means that although it will produce most of its chelating ability in the body, the process will be slow and less dramatic than when received intravenously, often taking a year or more of therapy to achieve the result. The oral approach has several major advantages including convenience, low cost and potential long-term continuous health maintenance. Oral chelation is not recommended as a complete substitute for intravenous chelation therapy as there is a significant difference in both the rapidity and degree of benefits achieved with intravenous chelation over any of the currently available oral chelation agents. The intravenous approach is clearly the proper choice for patients who have only a few months to get well before facing surgery or worse. EDTA chelation therapy administered by either route can also be used to treat mercury toxicity which can be caused by dental amalgams.

It is believed by many alternative physicians that anything that reduces your burden of toxic metals, which in turn will reduce free radicals, safeguards your immune system so that your body can more efficiently handle early cancers. Cancer has been linked to free radical pathology and EDTA chelation removes elements such as iron that can accelerate this pathology. Many view chelation therapy in terms of cancer prevention and not as a treatment in itself. As with cardiac health, chelation therapy provides support for the body to increase circulation, decrease inflammation and get your prescribed nutrition to the parts of the body where they must work.

Arthur Gertler, M.D., is board certified in gastroenterology and internal medicine. He has thirty years of clinical experience using safe, gentle and natural techniques to treat chronic diseases and pain which are otherwise thought to be untreatable. He can be reached at D'Arcy Wellness Clinic in Natick, MA at 781-752-6378 or visit http://www.artgertlermd.com.

Many souls sleep blissfully under Venus’ early morning trine to Jupiter. Pay attention to your dreams as spiritual messengers are active during the pre-dawn period. A late morning lunar conjunction with Uranus dramatically changes moods...

END_OF_DOCUMENT_TOKEN_TO_BE_REPLACED

Fermentation Magic: A Model for Health and Transformation

How To Navigate Self-Managed Abortion Issues Such As Access, Wait Times And Complications – A Family Physician Explains

16 Ways to Make Your Neighborhood Safer, Greener and Fun