Don’t Tell Me To Despair About The Climate: Hope Is A Right We Must Protect 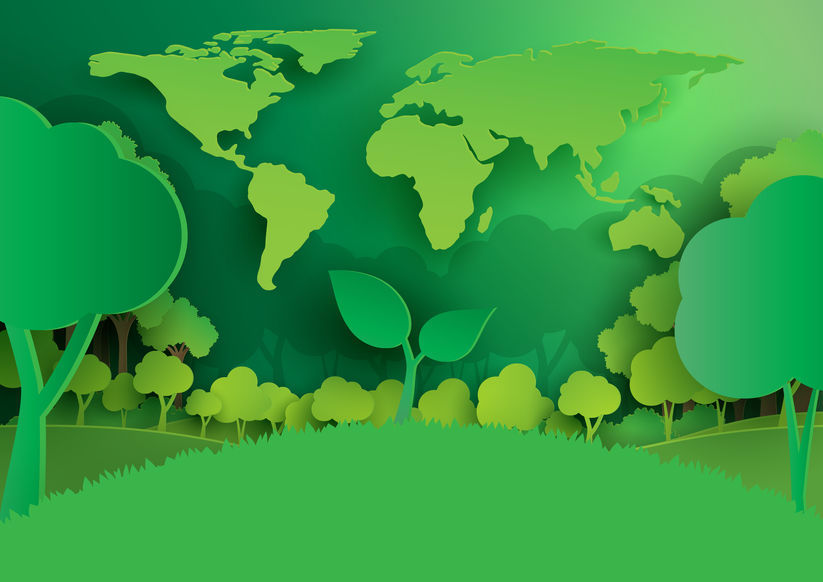 Recently I read an essay that kept me up at night. The piece, Under the Weather by climate journalist Ash Sanders, left me with an unsettled feeling in the pit of my stomach that I found myself struggling to shake, even weeks later.

The personal essay tells the story of Sanders and a mentor of hers, Chris Foster. Sanders recounts how both she and Foster have struggled for much of their adult lives with a gripping sense of impending doom, a depression deeply tied to their grief for a world lost. She writes about the newly coined terms for environmentally related mental health problems—eco-anxiety, climate grief, pre-traumatic stress disorder—and suggests that these conditions should not necessarily be viewed as disorders, but rather as the only reasonable response to a world experiencing catastrophe.

She tells the stories of people whose experiences of living have been ruled by this extreme grief, to the point of burnout or withdrawal from society—people whose climate depression has made their lives feel “unbearable.” When Sanders asks Foster if he believes he is sick, he replies, “I don’t know. But I know this: If your heart is breaking, you’re on my team.”

“I am tired of being told that this world I was handed is irrevocably broken.”

After reading those final words, I set the book that contained the essay down on my bedside table, suddenly wide awake and reeling. It’s not that I don’t empathize with Sanders. Since I was a teenager, I’ve known that I want to be a part of the fight against climate change and environmental injustice. I know firsthand the realities of mental health struggles, and I know what it is to feel climate anxiety, even climate grief. I know that someone like Sanders or Foster, who has been doing climate work much longer than I have, is likely to experience these emotions to a much higher degree. I am not naive to the incredible task of building a more equitable, safe, and thriving future. Sometimes (often) it overwhelms me.

But equally, I know what it is to watch someone you love feel crushed by the weight of the world, and to feel helpless in lifting that burden. I’m 22, barely out of college, and already I have seen more friends than I could have ever imagined fall into deep depression, magnified by their care for the world and the way they felt helpless to stop the suffering within it. I know the way depression closes a person off to the good and spotlights the bad, how it sows seeds of shame and self-doubt and sits back to watch them grow. I wish that I didn’t. Depression tells us that we are at once powerless and culpable, and therefore the only logical response is to disengage, turn inward, eschew connection—a response which only serves to reinforce the oppressive systems like racial injustice and capitalism that are truly responsible for our suffering.

In her essay, Sanders described an interaction Foster had with a student who began to cry in one of his lectures as Foster categorized a goal carbon dioxide target of below 350 parts per million as “hopeless.” The student asked the question, “If I didn’t have hope, how could I live?” and Foster’s instinct was to respond with, “Exactly.” Sanders says Foster knows his attitude “doesn’t make him easy to be around,” but she brushes past what I would argue is the larger issue—that the peddling of despair is unproductive, if not downright irresponsible.

Even without professors who declare doom, a hopeless attitude toward the world is already pervasive in communities of young people, both on social media and in person. I’ve seen it in my peers, my friends, my partners. On college campuses, cynicism is sometimes equated to intelligence. To be optimistic, I’ve been told on multiple occasions, is to be willingly naive. But while misery may love company, it doesn’t always leave space for joy. I was made to feel guilty for feeling happiness in a world of darkness. Whether this cynicism is a symptom or the cause of an increase in mental health issues in young people, we know this: The rate of major depression in adolescents increased more than 50% between 2005 and 2017, and the rate of moderate to severe depression in college students nearly doubled between 2007 and 2018.

My generation, unlike Sanders’ or Foster’s, was born into a world where the climate crisis was already well underway. We’ve had it hanging over our heads our whole lives. I am tired of being told that this world I was handed is irrevocably broken. I understand that the climate leaders from generations past are tired too, and that the decades of work have disheartened some. The youth climate movement deserves hope and optimism regardless. To imply the impossibility of a livable future or teach a class on catastrophe without giving students the tools to emotionally process the content suggests not a radical awareness of the mental health issues discussed in Under the Weather but rather a blindness to them. We cannot expect people to take care of the world when they are not given the resources to take care of themselves.

The hypothesis known as “depressive realism” theorizes that people with depression see the world more accurately than their peers, that they are simply unfettered by positive cognitive biases. I don’t think it matters whether or not the theory of depressive realism is accurate. (Science suggests it is not). I find it to be unhelpful, maybe even dangerous. If we view depression as an inescapable side effect of living in a damaged world, it may suggest to some that it is pointless to do the things necessary to take care of oneself, or that it is selfish to allow yourself rest while injustice persists and the seas continue to rise.

Doom and gloom do not a movement make. Neither of those things is true. Whatever the root of depression, its symptoms can be treated. This isn’t to say that all it will take is a few therapy sessions to stop being overwhelmed by global catastrophe, and much work must be done to ensure that everyone can have access to treatment. But you don’t have to be in crisis to seek help. And we don’t have to ignore reality to live fulfilling, happy, and productive lives. The suggestion that a person must either be miserable or ignorant, that we must either accept the weight of the world or turn our backs to it, not only lacks nuance but actively contributes to the suffering its proponents claim to want to address.

And if we really want to make progress on the climate front? Research by experts on climate change communication suggests, perhaps unsurprisingly, that people respond poorly to hopeless depictions of catastrophe. Suggesting readers should be depressed about the future results in more apathy than action. In other words, doom and gloom do not a movement make. Where is the joy or satisfaction in fighting for a world that is already damned? I want a different narrative to follow, one that encourages self-care alongside activism, that works intentionally to foster excitement for the future we desire.

We’re talking about degrees here, literally, so there is no point at which we can no longer strive to make the future better than it otherwise would be. To Sanders and Foster, I say this: Tell me of your despair, but don’t tell me to despair. The question of whether it is the world or the person who is ailing is too simple. The world is sick but it is not only sick. We all need healing.

In one of my final college classes over Zoom in spring 2020, my professor, environmental anthropologist Myles Lennon, led us through a discussion of Braiding Sweetgrass, the awe-inspiring book by Indigenous scholar Robin Wall Kimmerer. Kimmerer writes of the endurance of Indigenous people: “despite exile, despite a siege four hundred years long, there is something, some heart of living stone, that will not surrender.” The climate crisis is not the first time a people has faced the end of the world. As we navigate this latest existential threat, we would do well to listen to Kimmerer and other Indigenous leaders. As my professor put it that day, existence can cohabitate with collapse. It is not one or the other.

I have a lot of decisions ahead of me. As I consider how I want to live my life, where to dedicate my energy, I refuse to accept the idea that I must sacrifice all joy to attend to the world’s problems. I know myself to be more helpful when I have addressed my own needs: needs for good food and good company, for hope, for long afternoons in the sunshine. I am grateful for the teachers that I have had in this movement, such as professor Lennon, and the people who have reminded me of all the reasons to imagine a brighter future. I know that hope is not a happy accident. Hope is a right we must protect. Hope is a discipline, according to Mariame Kaba, an organizer and educator building the movement for transformative justice.

The climate crisis is ongoing. And, also, a bird is building a nest in the eaves outside my window. Come spring, there will be new birth. In shaky hands, I hold these two truths together.

Morgan Florsheim is a writer, educator, and optimist specializing in the natural world, the intersections between environmental and social justice work, bodies, human relationships, and more.