Fungi Can Help Concrete Heal Its Own Cracks

Infrastructure supports and facilitates our daily lives – think of the roads we drive on, the bridges and tunnels that help transport people and freight, the office buildings where we work and the dams that provide the water we drink. But it’s no secret that American infrastructure is aging and in desperate need of rehabilitation.

Concrete structures, in particular, suffer from serious deterioration. Cracks are very common due to various chemical and physical phenomena that occur during everyday use. Concrete shrinks as it dries, which can cause cracks. It can crack when there’s movement underneath or thanks to freeze/thaw cycles over the course of the seasons. Simply putting too much weight on it can cause fractures. Even worse, the steel bars embedded in concrete as reinforcement can corrode over time.

Very tiny cracks can be quite harmful because they provide an easy route in for liquids and gasses – and the harmful substances they might contain. For instance, micro-cracks can allow water and oxygen to infiltrate and then corrode the steel, leading to structural failure. Even a slender breach just the width of a hair can allow enough water in to undermine the concrete’s integrity.

But continuous maintenance and repair work is difficult because it usually requires an enormous amount of labor and investment.

So since 2013, I’ve been trying to figure out how these harmful cracks could heal themselves without human intervention. The idea was originally inspired by the amazing ability of the human body to heal itself of cuts, bruises and broken bones. A person takes in nutrients which the body uses to produce new substitutes to heal damaged tissues. In the same way, can we provide necessary products to concrete to fill in cracks when damage happens?

My Binghamton University colleagues Guangwen Zhou and David Davies, Ning Zhang from Rutgers University and I have found an unusual candidate to help concrete heal itself: a fungus called Trichoderma reesei. 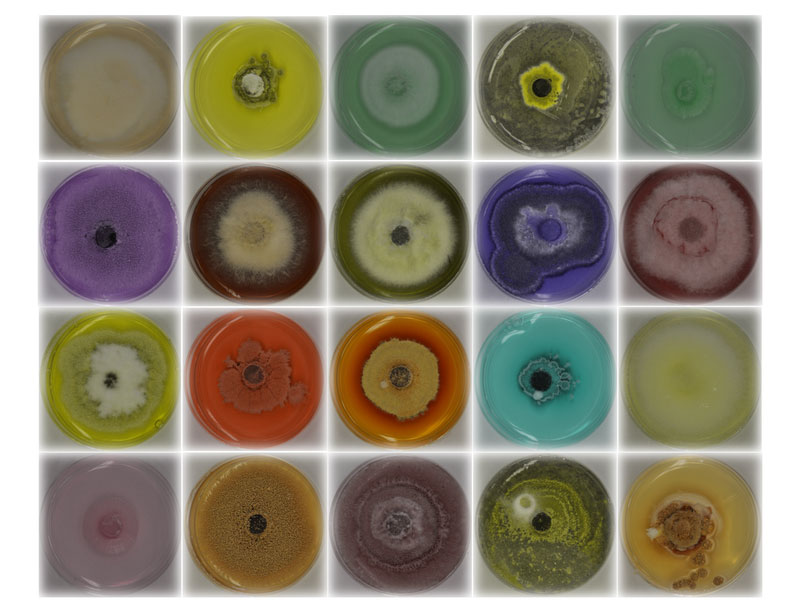 We initially screened about 20 different species of fungi in order to find one that could withstand the harsh conditions in concrete. Some we isolated from the roots of plants that grew in nutrient-poor soils, including from the New Jersey Pine Barrens and the Canadian Rocky Mountains in Alberta.

We found that as calcium hydroxide from concrete dissolved in water, the pH of our fungal growth medium increased from a close-to-neutral original value of 6.5 all the way to a very alkaline 13.0. Of all the fungi we tested, only T. reesei could survive this environment. Despite the drastic pH increase, its spores germinated into threadlike hyphal mycelium and grew equally well with or without concrete. 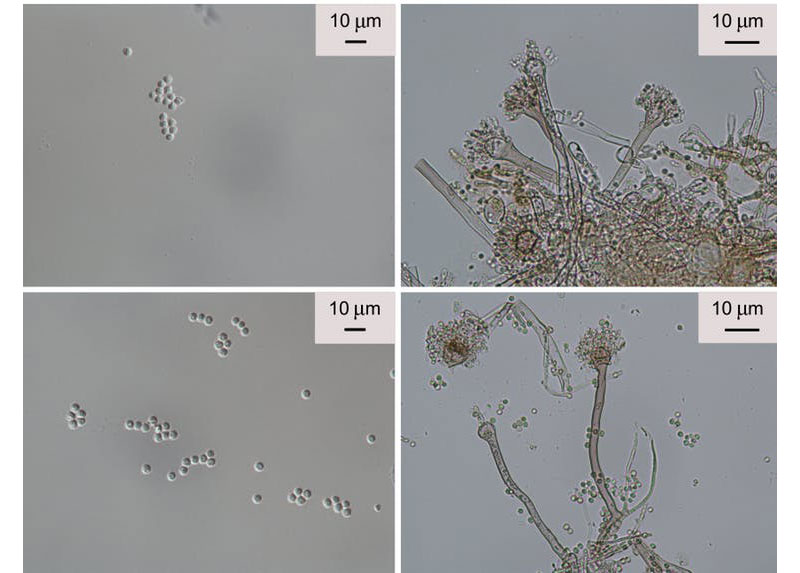 We propose including fungal spores, together with nutrients, during the initial mixing process when building a new concrete structure. When the inevitable cracking occurs and water finds its way in, the dormant fungal spores will germinate.

As they grow, they’ll work as a catalyst within the calcium-rich conditions of the concrete to promote precipitation of calcium carbonate crystals. These mineral deposits can fill in the cracks. When the cracks are completely caulked and no more water can enter, the fungi will again form spores. If cracks form again and environmental conditions become favorable, the spores could wake up and repeat the process.

T. reesei is eco-friendly and nonpathogenic, posing no known risk to human health. Despite its widespread presence in tropical soils, there are no reports of adverse effects in aquatic or terrestrial plants or animals. In fact, T. reesei has a long history of safe use in industrial-scale production of carbohydrase enzymes, such as cellulase, which plays an important role in fermentation processes during winemaking. Of course, researchers will need to conduct a thorough assessment to investigate any possible immediate and long-term effects on the environment and human health prior to its use as a healing agent in concrete infrastructure.

Our research is still in the initial stage and there’s a long way to go to make self-healing concrete practical and cost-effective. But the scope of American infrastructure’s challenges makes exploring creative solutions like this one worthwhile.

Congrui Jin is currently an assistant professor at the department of mechanical engineering at State University of New York at Binghamton. She received her Masters degree from the department of mechanical engineering at University of Alberta, Edmonton, Canada in 2009 and Ph.D. degree from Sibley School of Mechanical and Aerospace Engineering at Cornell University in 2012. Her research interest is in the broad area of solid mechanics motivated by practical applications in biomaterials, acoustic metamaterials, micro-electromechanical systems (MEMS), and geological and infrastructure materials. To design and develop novel materials with unprecedented properties and functions to solve real world problems, her numerical approach is always combined with experiments.

See also:
Urban Nature: What Kinds Of Plants And Wildlife Flourish In Cities?
A History of Medicinal Mushrooms