Going Beyond Charity: How Businesses Can Achieve Permanent Sustainability 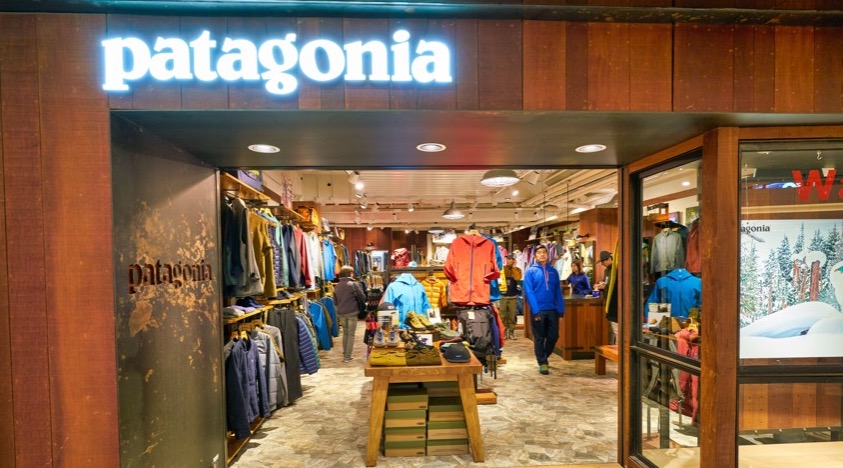 In a culture suffused with the ethos of maximizing wealth, it landed as a kind of comet from outer space when Yvon Chouinard, the owner of Patagonia, decided to donate $3 billion of his wealth to a purpose trust and political nonprofit. The wealth he could have pocketed will instead be devoted to saving the planet. While this seems a story of philanthropy, it holds larger lessons for the urgent turning point at which we stand, where the future of the social order and the planet are at risk.

Can enterprises be designed for something besides providing maximum gains to their owners and investors? Can we even imagine  enterprises designed to keep the planet thriving?

Patagonia’s answer is just one alternative to the fate many well-meaning CEO-founders have faced when they sold to multinationals or took firms public, only to see their creations gutted and transformed. Among these are Smith & Hawken, Odwalla, Ben & Jerry’s, and many others.

Here’s the disturbing truth: Virtually all successful businesses end up in the maw of finance. The system design permits virtually no alternatives.

No founder lives forever. Once a founder retires or dies, most small businesses close. Only about one in seven pass their businesses on to family, and of those enterprises, a vanishingly small number make it to third-generation ownership. The rest are sold—often to competitors or private equity firms. The businesses become assets, often sold over and over, until the original life is snuffed out. Whatever impulse for human betterment motivated that founder, profit-maximizing devours it.

In the face of this, founders transitioning ownership in alternative ways are key architects of the next system. Here’s one story even more inspiring, and replicable, than Patagonia’s.

Coming To Our Senses

In 2005, Mandy Cabot, founder of Dansko shoe company, was on the verge of selling the company to Timberland for $100 million, but she stepped back at the last minute. She later turned the enterprise into a B Corporation and sold the company to its employees through an Employee Stock Ownership Plan. But that was just the start.

Cabot was born to a wealthy family, and she still made money on the sale of Dansko. But she remarked on how inefficient it was to amass wealth over a lifetime, and then give some of it away at the end. She wondered: Wouldn’t it be more efficient to use a business to do good?

In 2018, the Democracy Collaborative began a project on what we call the “next-generation enterprise.” We identified 50-plus companies that were, like Dansko, employee-owned benefit corporations—firms like Eileen Fisher, Clif Bar, King Arthur Flour, and Cooperative Home Care Associates. Cabot showed up at the April 2019 event we hosted for these firms. I’d known her from the days I’d been publisher of Business Ethics magazine, and when I asked what she was doing, she said with a laugh, “I bought a rainforest.”

Later, I reached out for an interview, finding Cabot at her current home in Belize. Cabot, now in her late 60s, and her husband, Peter Kjellerup, who was in his 70s, were looking for impact investments after the sale of Dansko. They were thinking of buying a little farm in the mountains of Belize, when a broker told them of a rainforest on the verge of being sold to a developer. “You better sit down, because it’s a big one,” the broker said.

The rainforest property turned out to be 27,500 acres, bordering three preserved areas, including a jaguar preserve. The parcel included an abandoned farm with a factory for making coconut oil. They fell in love. “It’s the mother of all impact investments,” Cabot said. They began rehabilitating the 10% of the land that had been previously farmed, using permaculture and regenerative agriculture. Much of the rest of the land they turned into the new Silk Grass Wildlife Preserve—a nonprofit that today owns 30% of the farm and factory, and one day will own it all.

Cabot’s aim is to make the farm and factory profitable enough to sustain the preserve in perpetuity. The boards of the preserve and the company will be controlled by Indigenous Belizeans, and Cabot is insisting a majority be women. Together, that system could one day sustain about 200 good-paying jobs.

Cabot recalled meeting with Will Raap, founder of Gardener’s Supply, another employee-owned benefit corporation, who told her, “Young lady, I have one word for you: biochar. It really will save mankind.” Biochar is the result of a process that turns biowaste, such as coconut shells, citrus peels, and avocado pits, into briquets that sequester carbon for thousands of years and serve as beneficial soil amendments. Now, Cabot and Kjellerup are bringing biochar to their farm.

“There’s so much circularity in all this,” Cabot told me. “This really is the grand finale we’re so lucky to have.”

If Dansko, as both a B Corporation and an employee-owned firm, is an example of using business as a force for good, Silk Grass is a far more ambitious project. There, investment, profit, trust ownership, regenerative agriculture, and Indigenous governance are all working together as a system to create flourishing, ongoing, living wealth. Cabot is investing capital to feed the wealth of the rainforest.

Other entrepreneurs would say Cabot is leaving money on the table. “What would you say to them?” I asked. She replied, “How much more do you need than enough? Enough is enough.” She and Kjellerup left their children an inheritance. They have enough to live comfortably. But they’re sinking loads into Silk Grass—including years of their lives—building something they won’t own or profit from.

What she and her husband care about, she said, is “what gives you the deepest sense of joy in your life.” I saw a piece of that, as Cabot shared on Facebook a video of the dozens of baby sea turtles she’d worked with others to nurture, being released to the sea.

Like Yvon Chouinard, Cabot is building an alternative to the conveyor belt that feeds small companies into the jaws of big corporate finance. And since she didn’t give away all the wealth of Dansko, she’s modeling a more replicable approach for other founders.

Then, Cabot went on to something bigger. At Silk Grass (also a B Corporation, and the first one in Belize), ownership will be handed to a trust fed by the farm’s profits and governed by the Indigenous community. Investment is occurring. A business is making a profit. But capital and corporation are in service to life, not the other way around.

This microsystem helps us visualize the great task ahead—transferring wealth and power from the hands of the few to the control of the many. Creating systems to keep life flourishing, as their first aim.

Our culture may look back one day to find that the mania for maximizing profits was a mass delusion that ultimately lost its hold. Charles Mackay in Extraordinary Popular Delusions and the Madness of Crowds famously observed that people think in herds, and they go mad in herds, “while they only recover their senses more slowly, and one by one.”

Cabot and Yvon Chouinard have both left loads of money on the table. But a better way of putting it is, they put that money to the best possible use.

Marjorie Kelly is distinguished senior fellow at The Democracy Collaborative and author of previous books that include The Divine Right of Capital.