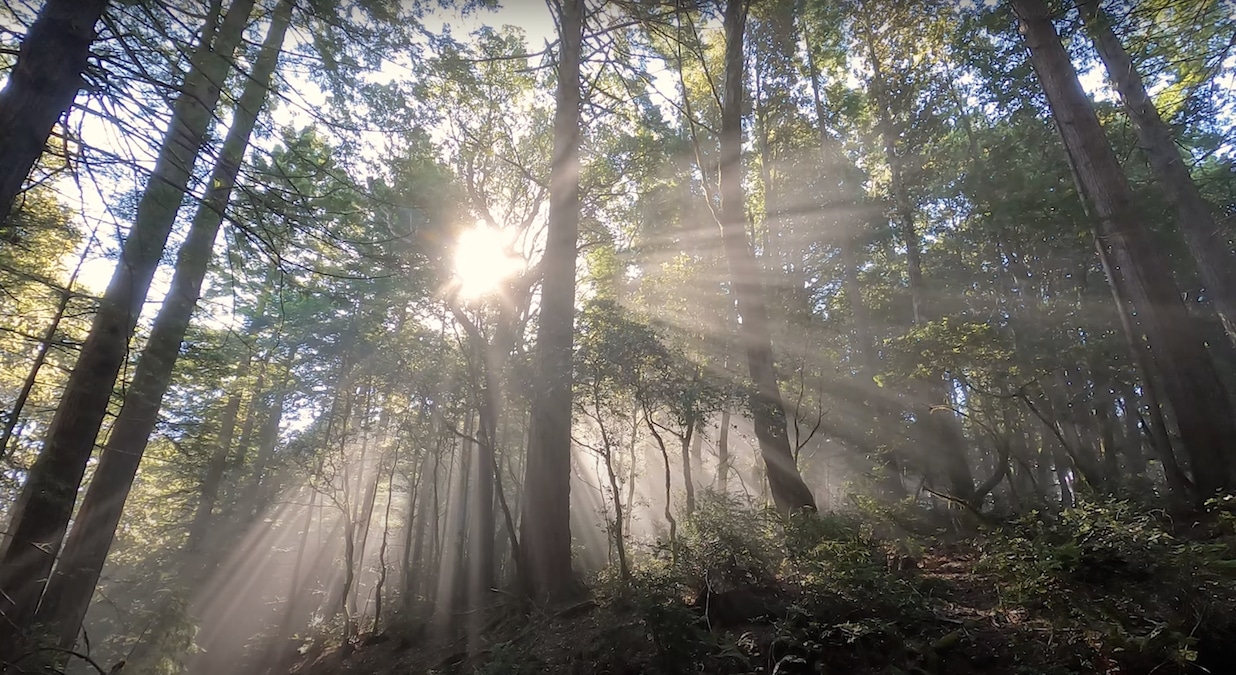 523 acres of forest on the Lost Coast will again be known as Tc’ih-Léh-Dûñ. Save The Redwoods League / YouTube screenshot

Northern California’s majestic redwood forest was once the home of Indigenous tribes, including the Sinkyone people, that were forced from their land by European settlers. On Tuesday, nonprofit Save the Redwoods League transferred ownership of 523 acres of forest on the Lost Coast — which includes 200 acres of old-growth redwoods — to the Intertribal Sinkyone Wilderness Council, a non-profit group of ten tribes, a statement from Save the Redwoods said.

More than two dozen people gave up many hours of warm festivities at their homes on Christmas Eve to rescue six elk that were trapped in the ice. Most of a large herd of elk had made it across the river safely, but 12 had fallen through the ice on the Kettle River near Barstow, Washington. Rylee Stuart’s husband grabbed a kayak and rallied friends to go back to the scene where he first saw the animals struggling that morning.

Desert In Marlborough To Undergo Restoration With State Grant

You may not see any cactuses or rattlesnakes there, but Marlborough does have its own regional type of desert. The city’s Desert Natural Area and the corresponding portion in Sudbury is a type of pitch pine and scrub oak barren with sandy soil. Mass Wildlife this month awarded Marlborough a nearly $27,000 grant to conduct restoration at the 900-acre tract, an effort that will help enliven the endangered ecosystem.

A federal judge blocked the Biden administration’s massive oil and gas lease sale in the Gulf of Mexico, a significant win for environmentalists as they work to prevent the Interior Department from handing public lands and waters over to the fossil fuel industry. Judge Rudolph Contreras wrote that the Biden administration violated federal law by not adequately accounting for the emissions impact of the sale, which would have been the biggest offshore oil and gas lease sell-off in the country’s history.

Teaching Race In Schools: Have These Moms Found A Way Forward?

Amie Cooke picked up her favorite coffee on her way to work and took a deep breath before pulling over to call Audrey McAdams, an acquaintance from her daughter’s day care. Ms. Cooke, a white mother of three, felt a little anxious about asking Ms. McAdams, a Black mother who also has three children, to join her in forming a group to talk about one of America’s most sensitive topics – race.