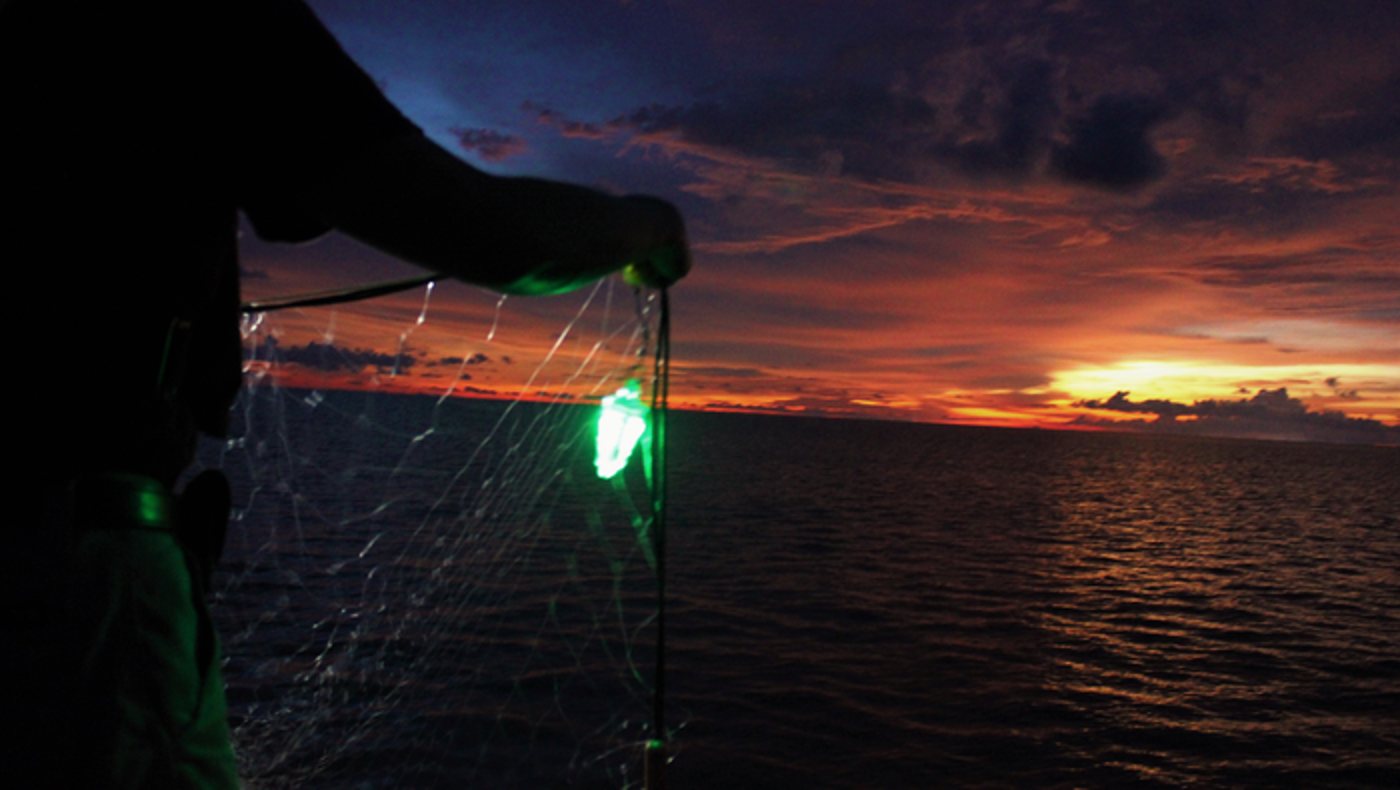 Marine biologists have found that $8 green LED lights affixed to fishermen’s gill nets were enough to dissuade huge amounts of sea animals like turtles, rays, and sharks from ever swimming toward the nets. Originally tested by the National Oceanic and Atmospheric Administration on sea turtles off the coast of Hawai’i, they are proving even more effective on squid and the elasmobranch family, which contains sharks and rays.

In a TikTok video, Jonathan, aka “Tuque Daddy,” shows how he holds his 2-month-old son with one hand and wraps his little arms across his body in a “self hug” with the other. Then he holds one hand over the baby’s arms and torso and the other cradling him under the diaper. A little gentle bobbing in this position and voila! Baby stops crying in 18 seconds.

Kids’ play fads come and go, but there are certain classic toys that never get old. As the Danish company celebrates its 90th year in business, it’s re-upping its dedication to early childhood development. The LEGO Foundation is launching a whopping $143 million grant challenge—its largest public grant ever—to help mitigate issues facing young kids, many of which have been exacerbated by the coronavirus pandemic.

Nuclear Fusion, A ‘Near-Limitless’ Source Of Clean Energy, Gets Closer To Reality After Record-Breaking Experiment

European researchers at the Joint European Torus (JET) set a heat record for the highest sustained nuclear fusion reaction ever recorded at 59 megajoules of heat, more than twice the previous record. The flash of heat lasted only five seconds, but it brought scientists one step closer to harnessing the same energy source that powers our sun — an energy source that could one day provide a nearly unlimited source of clean power.