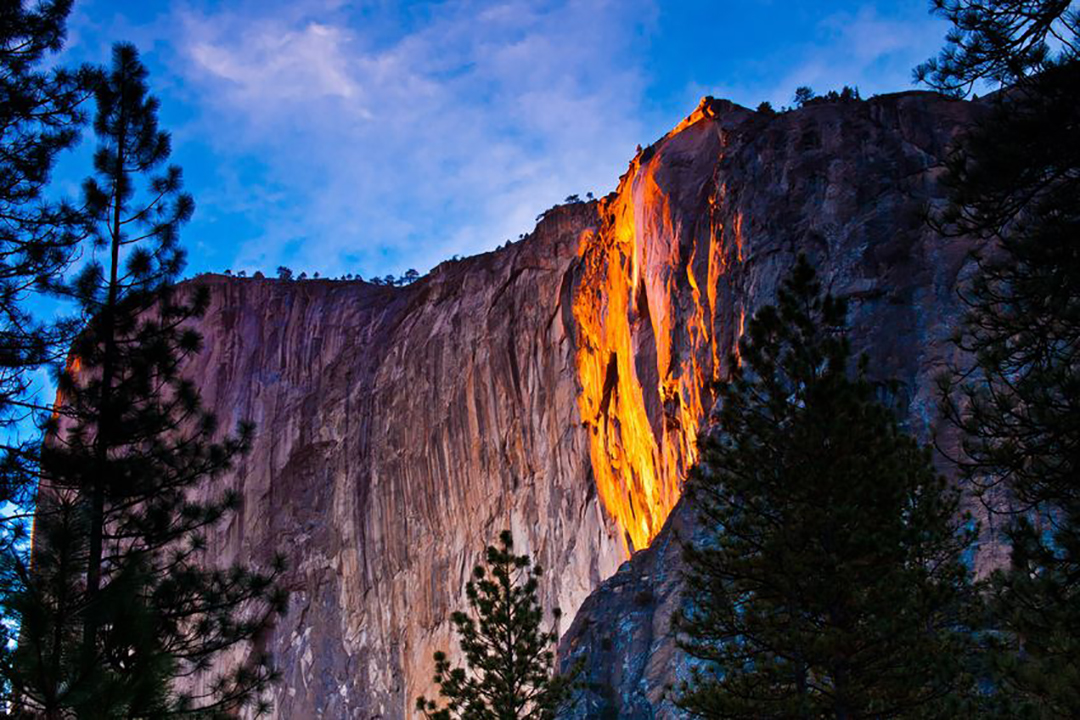 For those unfamiliar with the Firefall, it is a bizarre and beautiful natural phenomenon that can only occur for two weeks out of the year. At sunset, the waterfall transforms from an icy shower to a glowing flame that appears to flow like lava … Read More

The evidence for this early fungus consists of a microfossil, found in a cave in southern China, that dates from about 635 million years ago … Read More

California banned indiscriminate fishing nets. Now these porpoises are on the rebound.

In California, decades of commercial sea bass and halibut fishing killed thousands of other coastal animals. Outraged by the deaths of sea otters and diving seabirds, voters in the state banned many of the nets from near-coastal waters starting in 1994 … Read More

Chameleon Discovered in Madagascar May Be World’s Smallest Reptile

Researchers discovered what may be the smallest reptile on the planet in the rainforests of northern Madagascar. The new miniscule lizard is a species of chameleon named Brookesia nana, and is so small its entire body can fit on a fingertip … Read More

You’re walking through a Japanese forest on the southern island of Kyushu. Among the trees you hear the sounds of bird song. A gentle breeze rustles the leaves. A melody you’ve heard before rings faintly through the air. What is that? Bach … Read More

The Antiquarium, a museum located on the ruins of the ancient city of Pompeii, fully reopened this week for the first time in more than 40 years… Read More