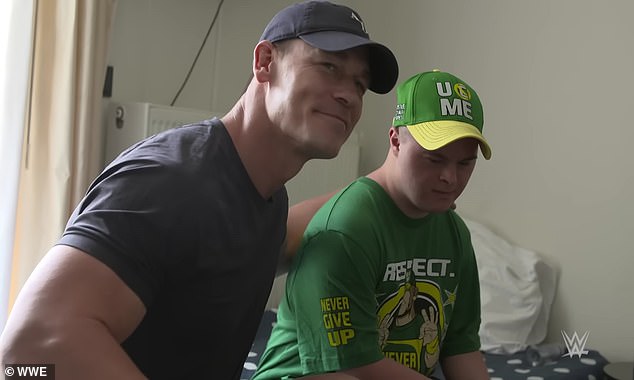 A Mom Made Up A Story About John Cena To Get Her Son To Flee Ukraine. Cena Made It Come True.

When Liana Rohozhyn’s home in Mariupol was destroyed earlier in the war, she and her family were forced to flee. Her son Misha, a nonverbal 19-year-old with Down syndrome, was understandably distressed about having to leave Ukraine. To comfort him through the long journey across Europe to safety, Liana told Misha they were going on a trip to find the champion wrestler, John Cena. Little did Liana know that John Cena would not only see her family’s story, but go out of his way to provide a measure of comfort.

The U.S. Supreme Court has rejected an appeal by German company Bayer AG to dismiss legal claims by customers who assert one of its products — glyphosate-based Roundup weedkiller — causes cancer. The multinational chemical and pharmaceutical company could potentially owe billions of dollars in damages. The decision by the Supreme Court meant a verdict by a lower court that had upheld $25 million awarded to Edwin Hardeman — a California resident and Roundup consumer who blamed Bayer’s weedkiller for his cancer after using it at his home for 26 years — was left intact.

Former rebel Gustavo Petro narrowly won a runoff election over a political outsider millionaire Sunday, ushering in a new era of politics for Colombia by becoming the country’s first leftist president. Petro had 50.47 percent of the votes, while real estate magnate Rodolfo Hernández had 47.27 percent according to results released by election authorities. Petro will be officially declared winner after a formal count that will take a few days. Petro’s victory underlined a drastic change in presidential politics for a country that has long marginalized the left for its perceived association with the armed conflict.

The LEGO Group has announced plans to build a $1 billion dollar factory in Chesterfield County, Virginia, complete with a solar facility to power the factory. The company’s goal is for its first U.S. factory in over 16 years to be completely carbon neutral. “The location in Virginia allows us to build a solar park which supports our sustainability ambitions and provides easy links to country-wide transportation networks,” said Niels B. Christiansen, CEO of the LEGO Group. “We are also looking forward to creating fantastic employment opportunities for the people of Virginia.”

What would you do if in the middle of the night, a stranger asked you to legally declare your financial support for an immigrant family that you would never meet? That was the proposition that Barnet Yudin, a Russian-American Jew, faced one night in 1938 when a stranger appealed to the man asking if he could help a Jewish family from Germany flee. Because of Yudin’s act of kindness, the Penzias family made it to the shores of North America. The eldest son, Arno, would go on to become the physicist that discovered the Cosmic Microwave Background for which he collected the Nobel Prize.