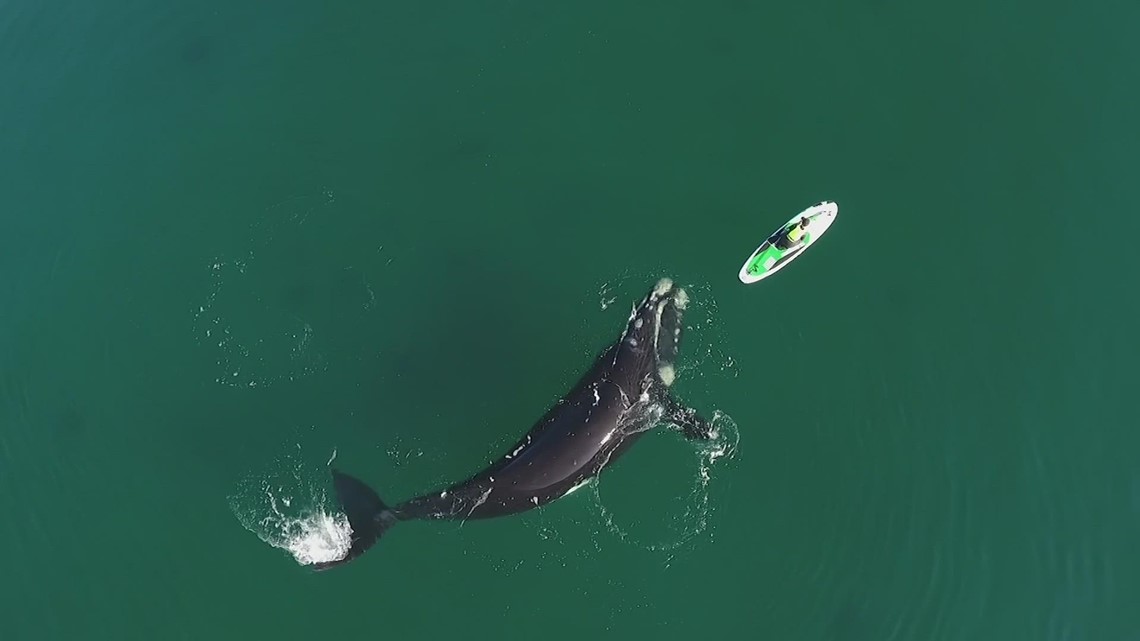 A drone photographer in Argentina captured the stunning moment when a curious whale got close to a woman paddle boarding and gave her a playful nudge. He managed to capture this video of a southern right whale heading towards a paddle boarder, using its fin to gently push her board, then swimming directly beneath.

The 2021 Fall Foliage Map is the ultimate visual planning guide to the annual progressive changing of the leaves. While no tool can be 100% accurate, this tool is meant to help travelers better time their trips to have the best opportunity of catching peak color each year.

Harvard Will Divest From Fossil Fuels After A Decade Of Pressure

Nearly a decade of tireless grassroots activism led by students, alumni, and faculty members culminated in Harvard University’s announcement Thursday that it is ending its investments in planet-warming fossil fuels, a decision campaigners celebrated as a major victory for the climate movement.

A vote overwhelmingly in favor of placing a moratorium on deep-sea mineral mining at a global biodiversity summit has put urgent pressure on the International Seabed Authority to strictly regulate the practice. Deep-sea mining for deposits of copper, nickel, lithium, and other metals can lead to the swift loss of entire species that live only on the ocean floor.

A 12-ton statue of Confederate Gen. Robert E. Lee which has stood on Monument Square in Richmond, Va., for more than a century was taken down Wednesday and cut into pieces in front of a cheering crowd. Virginia Gov. Ralph Northam said removing the statue was a “step in the right direction” and should allow for Virginians to “fully tell” the history of the state.

Justice Department Says It Will Protect Abortion Seekers In Texas

Attorney General Merrick Garland said the DOJ will enforce clinic access laws while it explores “all options” to challenge the state’s anti-abortion law. Garland said last week that the Justice Department is “evaluating all options to protect the constitutional rights of women, including access to abortion.”