Growing Up Daoist On Wudang Mountain

Zhou Xuan Yun (pronounced Joh Sh-when Yoon) is a Daoist priest who grew up in a temple on Wudang Mountain in central China. Daoism is the study of the Dao, the Natural Way of the Universe. Through ritual practice, meditation and physical exercise, Daoists study and strive to act in harmony with the rhythm of this cosmic force, embracing the three jewels of the Dao: compassion, moderation and humility.

Wudang Mountain is revered in the martial arts community and is seen by many as the spiritual and historical home of the internal martial arts. Housing more than 2,000 palaces and temples, Wudang is the world’s largest Daoist center.

There are currently about a dozen martial arts schools on the mountain and in the surrounding town, sharing with those in the outside world who want to learn about the Wudang arts.

Living in the U.S. since 2009, Xuan Yun is dedicated to preserving and teaching the traditional Chinese arts, and shares some insights here.

Are Daoism And Taoism The Same?

Daoism and Taoism are just two different ways of spelling the same Chinese word. Daoism is a group of beliefs that originated in China thousands of years ago. Daoists believe in the Dao, which means means “path” or “way.”

The Chinese character “Dao” implies a pathway, or heading in a certain direction along a path. The Dao is the organic, natural order of the universe. We call it Dao for convenience sake, but it is nameless. It is our common origin, the source of life of all things, the permanent underlying reality behind all change. It is formless and limitless, beyond all differentiation and judgment. It encompasses all possibilities. Daoism is a way of living in harmony with the rhythm of this cosmic force.

Daoism contains elements that people recognize as religious, such as temples, clergy, deities, sacred texts and ritual. There are also elements that are philosophical in nature, for example, the most well known Daoist text, the Dao De Jing (Tao Te Ching), which is the second most translated book in the world after the Bible. Many Westerners first encounter Daoism when reading the Dao De Jing. It is a philosophical masterpiece, but it grew out of and inspired an ancient religious tradition.

How Do Daoist Priests Live?

Daoist clergy follow a variety of paths. Some withdraw from the community to live as hermits or in monasteries. Others live in villages or cities where they marry and have children and direct their energy towards healing and renewal. In some areas (most notably Hong Kong and Taiwan) their practices are more shamanic. They perform magic spells and exorcisms. Specialists, such as diviners and mediums, bridge the human and divine worlds, using their skills to protect the people from malignant forces.

The Ying-Yang Of Tai Chi

In the West, everyone is familiar with the Yin-Yang symbol. Did you know that in Chinese, it is known as the tai chi symbol? Yin and Yang are just the names of the two halves. Tai chi is the whole. Yin and Yang represent any pairing of complementary opposites: dark and light, cold and warmth, contraction and expansion, etc. Opposites are everywhere in the tai chi form: rising and sinking, moving forward and retreating, round and straight, body and mind, etc. When these opposites flow together in harmony, it is tai chi. More than a martial art, tai chi is a manifestation of the process that makes our balanced and interdependent natural world possible. 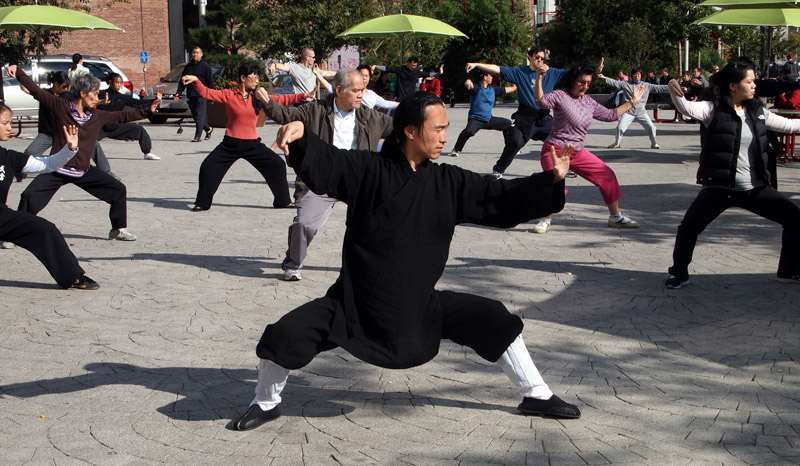 The Meaning Of The Daoist Topknot

Perhaps you have noticed that I have an unusual hair style. Many Daoists have long hair worn up in a topknot.

Daoists believe in living in harmony with the natural flow of energy that runs through all things. Not cutting our hair shows respect for the body’s natural process. Although Daoists typically have long hair (or a long beard), most Daoists do not let their hair go completely wild. Instead, it is gathered up into a topknot. Because the hair is an extension of the energy of the body, gathering up the hair in this special way focuses the heart and mind on one’s spiritual practice. The Daoist topknot also serves like a brand, something that differentiates Daoists from lay people or from Buddhists, so that others can recognize us. 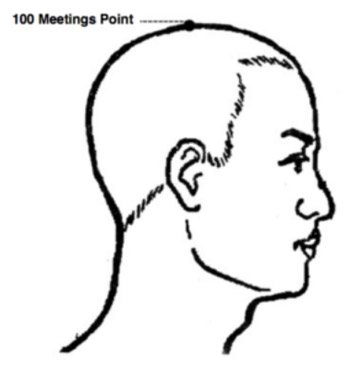 The location of the topknot is strategic. The topknot is placed over an acupuncture point called Bai Hui or “Hundred Meetings” (GV20). Five of the body’s meridians pass through this point, so it is one of the most important points on the body. Acupuncturists use this point to promote clarity of thought, calm the mind, expand awareness and promote inner balance.

In modern times, many people wear the Daoist topknot. This is a new development that started within the last 15 years or so as part of the recovery, dissemination, and internationalization of Wudang arts.

Traditionally, the topknot was reserved for those who had been accepted as a disciple in a Daoist lineage. Typically when a person first entered a temple, they had to complete a probation period of about three years. During this period, they would be given odd jobs while the members of the temple got to know them. They would stop cutting their hair. After three years, they could be accepted as a disciple. If accepted, there would be a discipleship ritual. During the ritual, their master would put up the disciple’s hair in a topknot for the first time, and the disciple would be given a set of the master’s old robes to wear.

The most common type of topknot is made by wrapping two sections of hair around a hair stick. It is said to resemble the nose of a cow and jokingly called the “cow-nose style.”I have heard Buddhist monks playfully tease Daoists by calling them “cow noses.” In fact, the cow is an important symbol in Daoism. It is said that Laozi, author of the Dao De Jing, traveled west on the back of a cow. Because of this legend, Daoists consider cows to be fellow followers of the Dao.

Just like a bull may have a ring through its nose that is used to lead it from place to place, Daoists wear a hair stick (zan zi) through the middle of the top knot. This hair stick symbolizes the way in which our connection to the Dao leads us through life.

More than a fashion statement, the Daoist topknot is an important part of Daoist practice. It makes us recognizable to others, focuses the energy of the body, marks a new Daoist’s acceptance into the community, and promotes mental and spiritual well-being.

Food can be used as medicine. Knowledge of the effects of different foods can be used to keep your body in balance and prevent illness as the seasons change.

In the winter, Yin is dominant over Yang. The days are shorter and colder. All living things slow down. Animals hibernate, and people stay indoors. It is a time of dark, rest, reflection, and quiet. In the winter, it is important to conserve energy and build strength.

The element of winter is water (the most Yin of the five elements). The organs associated with water are the kidneys and bladder. Chinese medicine views the kidneys as the storehouse of energy that sends warmth and energy to every cell in the body.

During the coldness of winter, it is important to allow conserve Yang energy. When possible, go to bed early (like the sun does) and get up later after the temperatures have risen. Get the qi moving with exercise, but stay inside on very stormy or windy days. During the winter, cold can seep into the body, so it is important to acquire more heat energy from food.

Put the chicken to the pot
Add enough water to cover the chicken
Bring the water to a boil and remove any residue that comes to the top
Add the ginger, garlic, salt, and herbs
Bring back to a boil, then simmer covered for at least an hour 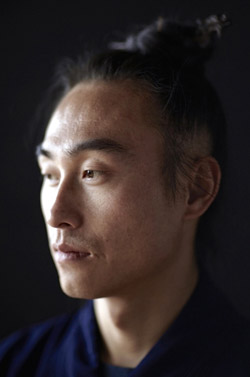 Read more about Wudang Mountain and growing up training in a Daoist temple at www.DaoistGate.com. In December, Xuan Yun will be opening a traditional Daoist center in NH, 1.5 hours from Boston.

Zhou Xuan-Yun (周玄云), grew up in a temple on Wudang Mountain, where he was a student and later an instructor of Taiji and Kung Fu. He belongs to the Orthodox Unity sect of Daoism (Taoism) and is trained in ritual arts, chanting, divination, and internal alchemy. He is formally recognized as a disciple of Li Guang Fu (李光富), the Chairman of the Chinese Taoist Association. Living in Boston, Zhou is dedicated to teaching the traditional arts in classes around the world. He can be contacted at info@DaoistGate.com or visit DaoistGate.com.