How Needles Chased My Blues Away

PMS symptoms were making me miserable, and my menstrual cycle was managing my life. 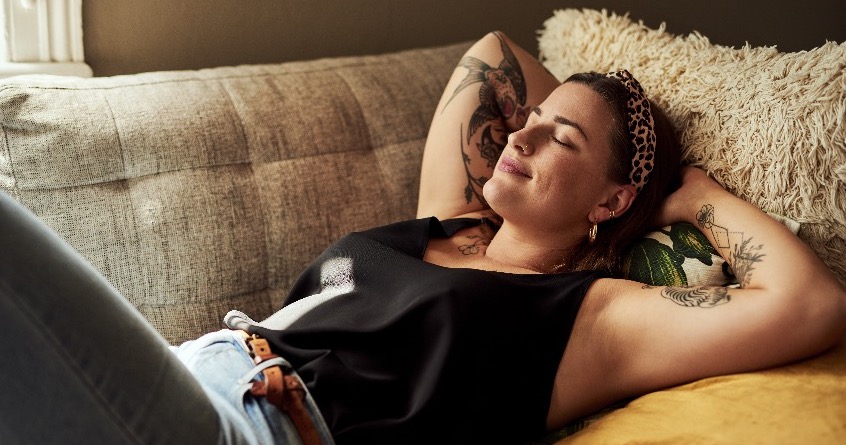 For no apparent reason at the age of 36, both my emotional state and menstrual cycle became erratic and unpredictable. I struggled to survive the bad days. But I worried how much longer my husband and two small children would tolerate my instability.

During the course of one year, I endured PMS symptoms including intense mood swings, edema and severe fatigue for more than half of every month. And my cycle was unpredictable, varying month to month from between 28 to 40 days. I tried to limit family excursions that I found especially stressful to the time of the month when I felt able to cope. In addition, I never scheduled a dentist appointment or a challenging meeting on days that I suspected I would have PMS.

For a while this system worked, but I was miserable, realizing that my menstrual cycle was managing my life. Depressed, perplexed and desperate for a cure, I described my symptoms to my physician who diagnosed me with a nouveau condition, PMDD (Premenstrual Dysphoric Disorder). He scribbled on a tablet of paper and handed me his solution – a prescription for an antidepressant. I felt hopeless relying on a pill to manage my emotions and relationships.

One afternoon over lunch I confided my PMS woes to a close friend who suggested I try something I knew nothing about – acupuncture. When I conjured images of thick silver needles being inserted into my body, I felt unsettled and queasy, but was determined to improve the quality of my life and decided to give acupuncture a try. The results were astonishing.

After locating an acupuncturist in my area, we chatted by phone, and she shared her personal story and motivation to study acupuncture. She was in her early twenties and scheduled to have a hysterectomy because of uterine fibroids. Initially, her doctors tried to shrink the tumors with the standard medical approaches like pharmaceuticals. But the medications did not reduce the size of the tumors and only made her pseudo-pregnant or pseudo-menopausal.

“Actually, I don’t know what possessed me,” she confessed. “Acupuncture was not mainstream at the time, but I found an osteopath who practiced acupuncture and went for about three months of acupuncture treatments and herbs. The tumors shrank enough so that I did not need a hysterectomy.” She concluded triumphantly, “That was my inspiration to go to acupuncture school.”

After hearing her story, I made an appointment to see Diane. I was trembling when I entered her office, and caught off guard to be greeted by a soft-spoken young woman with a warm smile and luminous green eyes. The cozy, warm office was infused with the heavy scent of incense and soft tones of classical music. Diane recorded a detailed account of my medical history. She took my pulse at the radial artery of both wrists, palpated my abdomen and examined my tongue, all of which are standard diagnostic practice for acupuncturists. I was wearing street clothes, and she asked me to remove my socks, wristwatch and to recline on a soft elevated massage bed.

I tensed up, clenched my teeth and braced myself to withstand the agony yet to come. She leaned over me and inserted sterile, disposable, hair thin needles into my feet, wrists, abdomen and forehead that surprisingly didn’t hurt. Each insertion felt like a tiny pinch and lasted only a fraction of a second – similar to the feeling of plucking free with a needle a small splinter that is just below the top layer of your skin.

My first treatment took sixty minutes. Diane suggested I follow the standard regimen of weekly hour-long treatments for the first month, tapering down to hourly treatments once a month. Amazingly after the first month of acupuncture sessions, my period returned to a dependable 28-day cycle that lasted a full five days. I could bet money on it. And my mood swings, painful cramping, headaches and depression melted away as I found PMS stress and anxiety relief. I felt an overwhelming sense of wellbeing as if all the turmoil in my body had been quelled. I continue to receive acupuncture treatments once a month. My menstrual cycle has remained regular for the last year and my PMS symptoms are remarkably diminished.

A reformed skeptic, I was ready to admit that acupuncture is an astonishing remedy. However, my curiosity nagged me and I decided to conduct some research and try to learn how acupuncture had helped me. Acupuncture originated in China 2,500 years ago, and is one of the oldest forms of traditional medicine. It is based on a unique premise that the body can heal itself. Chinese medicine views health as an ever-changing flow of energy, or “Qi”, (pronounced “Chee”). It is believed that an imbalance in the natural flow of energy results in pain or disease. Acupuncture strives to correct imbalances in the Qi flow by penetrating the skin at specific points along one of the body’s fourteen meridians to strengthen the Qi flow and remove blockages.

In Traditional Chinese Medicine (TCM) all of the organs have an emotional component associated with them. Note that Organs in TCM theory are very different from the organs known to modern Western science and are capitalized in this article, to denote the Chinese concept for the organs, not the Western. For example, the Liver represents anger, Spleen represents worry, Lungs are associated with grief, and Kidneys with fear. Diane explained that in TCM spiritual and mental health are synonymous with physical health. TCM practitioners do not isolate the symptom from the emotion or separate them from the person.

According to Al Stone, a Licensed Acupuncturist in Santa Monica, California and editor of acupuncture.com, “There are three to four causes of irregular menstrual cycles in Chinese medical theory. However PMS or PMDD is mostly indicative of a disharmony in the Liver.” In TCM when the Liver is angry, the Qi stops flowing smoothly and Qi stagnation can lead to blood stagnation which may pave the way for lumps, cysts, lesions, and even cancerous tumors in the breasts and uterus. Relaxing the Liver and stimulating flow of Qi and Blood will put an end to most PMS symptoms. Stone assures us, “When we treat the flow of Qi and Blood, many issues, such as irregular periods and PMS, become a thing of the past.”

In my case, Liver stagnation was identified as a root cause. Diane concluded that the Liver was the most deficient presentation, reflected both in my pulse and abdomen. Once the acupuncture points were selected, needles were inserted, and my pulse and abdomen were rechecked to ensure optimal treatment. Diane noted that my pulse was noticeably more even and the reflex areas of my abdomen cleared after my acupuncture treatment.

Not only is acupuncture effective, it is also very relaxing. In Western medical terms, acupuncture is thought to trigger the release of some neurotransmitters in the brain like serotonin, as well as endorphins, which can cause a sense of relaxation, wellbeing, and pain reduction. Most people find the experience of receiving acupuncture deeply soothing; some people even people fall into a light sleep while the needles are in place. The state of deep relaxation is a result of the Qi being stimulated and flowing smoothly through the body. Diane offered me an alternative explanation. She stated that in addition to the remarkable Qi effects of acupuncture, some patients relax simply because they make time for themselves and establish a routine of entering a quiet, restful, and meditative state.

I had a difficult time embracing the concept of Qi flowing through my body, even though I felt its effects. However, I was noticeably relaxed during my acupuncture treatments. I went so far as to buy the CD that Diane played during my acupuncture sessions because I suspected it would serve as an audible prompt and help me enter a deep state of relaxation and calm outside of the acupuncture office – and it works!

Acupuncture is finally receiving recognition from the medical community as an effective treatment for PMS and PMDD.  The recommended treatment for PMS or PMDD included a weekly treatment for one month and one monthly treatment thereafter. It will take two or more cycles to evaluate prognosis. Treatments usually take 45-60 minutes and cost between $45-$100. Some health insurances even provide coverage.

One of the things to note before starting acupuncture treatment is if you are already taking Western medication, your acupuncturist will not regulate these medications. A physician should always manage any reduction in prescribed medication. However as opposed to prescription medication, acupuncture has never been known to cause side effects. People should also be aware that acupuncture is not a miracle cure, but provides varying degrees of success for individual clients, conditions and even practitioners. When searching for an acupuncturist, it is paramount to find a licensed practitioner who has completed a 2500-hour course in acupuncture and Oriental medicine.

Karen Koretsky Dillon is a freelance writer who lives in the Boston area.