How The Pandemic Gave Me Perspective 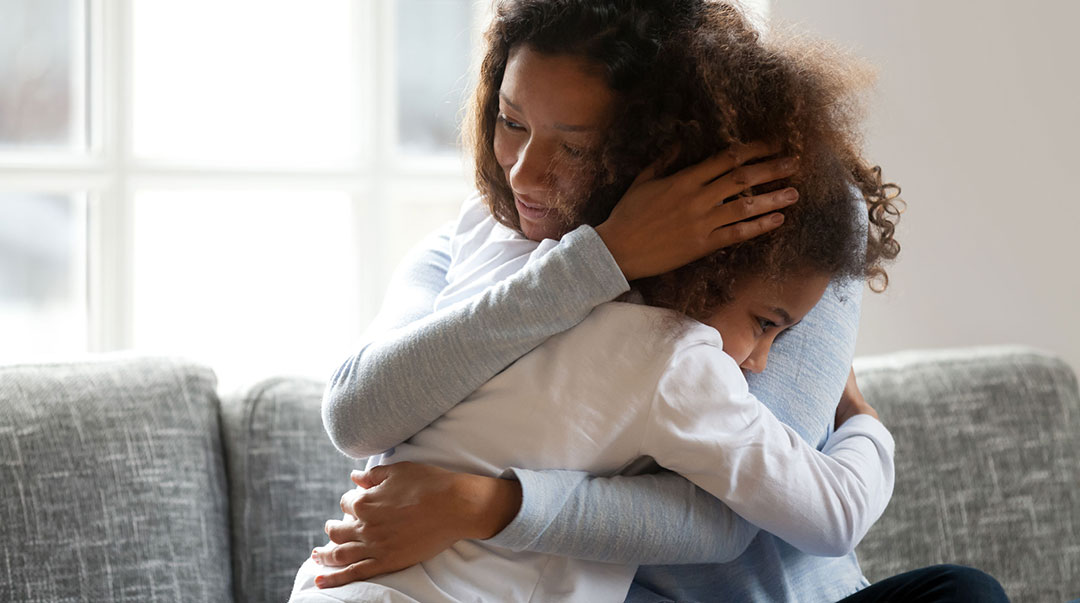 I am an only child of an only child. My mother and I live on opposite coasts. This morning at 4 a.m. I received a phone call from the nurse at the assisted-living facility saying that my mom had tested positive for COVID-19, and she’d have to be admitted to the hospital. Prior to her admission, my 90-year-old widowed mother had been living at this facility for three years. For nine months, the staff diligently tried to keep everyone safe, but a few days before they were to receive the vaccine, 16 residents tested positive. The timing could not have been worse.

My mother has always had a very resilient constitution. Over the course of her lifetime, she’s fallen off her horse more than a dozen times, and she’s survived concussions and multiple broken bones. She’s had dental surgery without Novocain, and at her ripe old age, she takes only one pill for hypertension. But regardless of her strength, I’m concerned about the hold this virus will have on her.

Before the start of the pandemic, I used to worry more about things like this. I don’t know if it’s because I’ve become jaded by the news or I’m just trusting that the universe will take care of everything. It might also be that as a grandma of five, I have enough to think about and do. Although I’ve always been a spiritual person, I’ve noticed that all the time spent alone in recent months has inspired me to deepen my spiritual practice.

I’ve been taking online courses, setting daily intentions, meditating, lighting candles, and regularly refreshing my altar. On it, I place photos of those, like my mother, who need a little extra attention from the universe. I feel as if I’m in more of an acceptance phase of my life rather than a reactive phase. It could also be that this is what happens when you’ve lived on the planet for more than six decades. I feel more at peace and more patient with the course of events. While I’ve never lived through a pandemic, I’ve read about my grandmother’s challenges surviving the cholera pandemic during World War I, where bodies lined once-vacant infirmaries, and my grandmother, merely eleven-years old having to identify those of her parents.

No doubt, living through a pandemic has resulted in other major revelations. While most of us have accepted this new temporary reality, we’ve had to make pleasant and unpleasant shifts in our lives. My feeling is that the people who seem most challenged by the pandemic are those who don’t usually adapt well to change, or perhaps those who are more gregarious and crave social connections. As a writer who already spends a lot of time alone, the pandemic has simply offered me more of the same, but there’s no question that we writers cannot write in a vacuum; we need experiences as a source of inspiration for our creativity.

My father also taught me a great deal about perspective. He died 30 years ago, and as a Holocaust survivor, he honored his Jewish religion but also concluded that religion divides humanity. When he emigrated to the United States after the war, he chose not to be a practicing Jew. Long before compassion was even a buzzword in the mainstream media, he lived a life full of compassion and loving kindness. He was so happy to have survived the Holocaust. We can say that gratitude and compassion became his religion. He taught me the same, and I continue to hold his values close to my heart. He was very grateful to be alive and to be able to put food on his family’s table. He was grateful for his freedom and hopeful about humanity. This attitude has served me well, especially during this pandemic.

For five of my father’s most formative years—from age 15 to 20—he was a prisoner at the Dachau concentration camp in Germany. While there, he ate scraps of left-behind food, and at night he slept on wooden barracks with hundreds of others, all shivering under thin blankets. His father, who’d died of pneumonia just before the war broke out, had owned a well-respected lumberyard in a neighboring town, and the Nazis knew him, so they gave my father a job working in the kitchen peeling potatoes. Unlike most of the other prisoners in the camps, my father was fortunate to always have food available to him. But no matter what horrible things he witnessed and endured, he never lost hope. Like Viktor Frankl, the author of Man’s Search for Meaning, my dad believed that if you have meaning in your life, you can survive anything.

Years before he died at the age of 71 from congestive heart failure (after coughing up blood after 30 years of smoking), my father shared the story about the scar on his forehead, which he was left with after a Nazi soldier hit him with the butt of his rifle when he spotted my father taking too much peel off the potatoes and tossing it to his barrack mates. My father’s generosity got him into trouble, but for him it was worth the risk to help those in need. He was also the type of man who walked down the streets of New York City tossing coins from his pocket into homeless people’s buckets. His life experience gave him much perspective and taught him the importance of being grateful for the gift of life.

Being a prisoner during World War II left my father with lifelong physical and psychological scars. For example, he couldn’t stand the sight of red meat because during the war he claimed that he’d seen too many dead bodies. “The sight of blood just turns my stomach,” he used to say.

He shared how he witnessed his younger brother, Joshua, and his mother being taken from their ghetto apartment by the Nazis, herded onto a train, and then being transported to the gas chambers, which led to their ultimate deaths. He and his brother Bob were the only ones in the family to survive. Enduring this life experience offered my dad a unique perspective on the rest of his life.

I was blessed to have grandparents who were survivors of two world wars, and who were able to share their stories and life perspectives with me—in journals and during dinner conversations. Now that I’m a grandparent myself, I feel that it’s my turn to carry the torch of perspective and hope by sharing my own stories with the younger generations.

Parents and grandparents play many roles in their children’s lives, but one of the most important is instilling them with a sense of hope and perspective, which is about honoring the present, appreciating the past, and planning for the future. It’s also a way to be grateful for our blessings, both personally and spiritually.

The fear of death is huge; and when faced with war, illness, or a pandemic, death is often the inevitable outcome, but living with hope can save us. After receiving my first cancer diagnosis, my oncologist looked me in the eyes and said, “If this doesn’t rivet you, nothing will,” and he was so very right. Having cancer shed a new light on my life, in the sense that it encouraged me to slow down, be mindful, and appreciate the smaller things.

Now that I’ve been a writer for more than 50 years, I’ve often turned to this form of creative expression as a way of understanding certain lived experiences and healing from them. Writing about cancer was no different, except that I hoped that detailing my journey would also help others navigate theirs. Taking stock of our lived experiences through the written word can help provide a much-needed perspective.

Diana Raab, MFA, PhD, is a poet, memoirist, blogger, and award-winning author of ten books and numerous articles and poems. She blogs for Psychology Today, The Wisdom Daily, Thrive Global and many others. She frequently speaks and facilitates workshops on writing for healing transformation. Her latest creative endeavor are Conversation Cards for Meaningful Storytelling.  For more information, visit dianaraab.com.

There’s a party going on in earthy Taurus. Late this morning Venus joins the Moon, Mercury and Uranus in the Sign of the Bull. Enjoy the fruits of Mother Earth. Relish sensual pleasures. The simple...