How To Heal Your Immunity With Nightshade Foods

Where do we stand on nightshades for your health? Are they dangerous, or are they helpful? Did you know that the same phytotoxin found in nightshades can also be found in non-nightshade foods, like blueberries, apples, and beets? Read on so we can work together to get a comprehensive understanding of nightshades.

What’s your experience with nightshades?

For some of you, you may have cut out nightshades entirely – and you might be attributing this development to your overall autoimmune recovery. That is great to hear, and I commend you for being able to take that step.

Do we need to avoid nightshades entirely, and is there evidence to suggest this? Today, I want to look into the science so that we can build some solid recommendations out of the data that exists. First, though, we will need an introduction to the world of nightshades.

If you have been sitting here wondering, “well, what are nightshades?” Nightshades are plants, and there are food versions and non-food versions of them. There are lots of them, and nightshades include:

Of these, some of them have very dark berries that come from them. Especially the non-food varieties of nightshades, like the last few I mentioned,  are known to have toxins. Plainly stated, they will kill you if you consume them in great quantities.

Humans have always been interested in figuring out what we can and cannot eat, some non-food nightshades have dark berries which are high in poisonous alkaloids – which gives them the ominous name of nightshade.

How are nightshades “poisonous?”

When we compare nightshades with being poisonous, or having toxins, we are referring to the fact that these types of plants are quite high in alkaloids. Alkaloids are plant metabolites which are essentially very active chemicals. Even in small concentrations, these active chemicals can have a great effect on both humans and animals. Nightshades themselves have several different kinds of alkaloids at work within them. These include:

Tropanes: Tropanes can be found in many non-food nightshade plants, but they are not found in nightshade plants that are used for food. Atropa, which is a strong anticholinergic, has been used in drugs in order to reverse poisoning from pesticides or biological weapons, dilate the pupils or to stop allergies.

We can find tropanes in:

None of these plants are used as foods or even as non-prescription herbal medicines. All have been recognized since earliest writings as plants with powerful medicinal actions.

There are no real fears or concerns when it comes to capsaicin.

Nicotine: As I previously mentioned, one of the non-food nightshades that we can find is tobacco – which, of course, has nicotine in it. Believe it or not, nicotine can also be found in eggplants! But the results are so microscopic, you would need thousands and thousands of them to get even a few milligrams of nicotine.

Nicotine is an insecticide that plants make in order to keep insects away – and to ward off other things that might destroy them.

Capsaicin: When it comes to things that have heat, or are spicy, it can come back to this type of alkaloid. Beyond being “too spicy” for some, capsaicin is pretty well harmless. In most cases, it is good for you. It can:

There are no real fears or concerns when it comes to capsaicin, and we can find them in the pepper versions of nightshades specifically.

Solanine: All of the concerns around nightshade food plants really revolve around solanine – one might say that it is the sole culprit! We can find solanine in:

You might have noticed one nightshade that is missing from that list: tomatoes. Tomatoes are often categorized as nightshades, which they are, but they do not contain solanine.

I used to think that tomato leaves were toxic, since reading more I’ve learned they are not and are high in antioxidants and were used in many historical Asian recipes1. Tomatoes contain tomatine, which has been shown to lower the risk of certain cancers and improve cholesterol levels2.

Goji berries, tomatillos, and peppers merely have trace amounts – none that would be particularly relevant. This leaves us with two: potatoes and eggplants.

Potatoes are the same way. When potatoes are really old, they start to get green – and they start sprouting. In those cases, they can have solanine in them. They can also have amounts which could be a concern for you and your health.

In theory, you could take some green, sprouted, nasty potatoes and consume four to six pounds of them raw. This would result in a dangerous dose of solanine in your system, there is no debate about that.

Where else can we find solanine?

This is the strange thing about solanine. There are many non-nightshade foods that contain solanine. If one was concerned that their dietary intake of solanine could be harmful, it would be good to know that it is found in many foods not thought of as nightshades. These include:

These are foods most consider to be safe, yet if solanine was dangerous, these foods would be also. Some may see this as one of the inconsistencies with the arguments against nightshades.

So, what’s the deal with solanine? The first symptom that people connected with solanine was arthritis3. This has now been studied in greater detail, and there really is no published research that links these two together – it just does not exist. What happens with solanine is that it is often badly absorbed, your body is not equipped to absorb it effectively. Most solanine gets broken down by the intestinal tract. This means even a little bit, or a moderate amount, of solanine is not likely to enter your bloodstream in great quantities – simply because of the body’s relative inability to absorb it with great efficacy.

Phytochemicals can all be toxic at high levels, but all have been shown to have health-promoting properties in levels commonly associated with produce.

There is concern with megadoses of solanine in your system, to where it could become an issue. This would be in great quantities, and echoes my previous point that you should avoid eating potato leaves! Potato leaves are a no-go, but potato flesh has shown non-detectable levels of solanine. This means that they are perfectly fine to consume, even if you are worried about solanine. This is true for new potatoes, russet potatoes, yellow skin potatoes, and a bunch of different versions. Avoid the sprouts, but do not worry about the flesh.

Everything we have talked about to this point, is part of a larger conversation about phytotoxins (plant toxins). Phytotoxins themselves are odd, simply because they can be found in the same categories as plants that have phytonutrients. We see a huge number of different chemicals which are found in plant foods, and many of them are known to have beneficial effects.

What we have learned from this discussion around phytotoxins and phytonutrients is that the difference between a medicine and a poison is all in the dose4. The same way that you can drink too much water, you can have too many phytochemicals to the point where you can endanger your good health.

The main takeaway here is that phytochemicals can all be toxic at high levels, but all have been shown to have health-promoting properties in levels commonly associated with produce. These include:

Where do we find these chemicals?

Here’s a quick breakdown of where we can find these different chemicals:

We can find phenolic acids in: 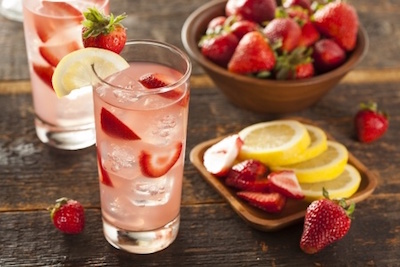 We can find flavonoids in:

We can find carotenoids in:

All of these are phytotoxins, make no doubt about it. They are chemically associated to those same alkaloids found in nightshades. They are all toxins, but the trick is all in the dose. If you get a lot of them at once, you are in for trouble. But, a little bit at a time can benefit your body. Not because they support our bodies, though, it is because they stress our bodies and challenge them to do better.

These studies have shown improved immune responses that could lower the risks of autoimmunity and chronic inflammation.These positive results in lower-level test tube studies have some intriguing results. When studied in food-like quantities, chaconine and solanine from potatoes both have been shown to act as anti-inflammatories and immune regulators (in test tube and animal studies).

The Verdict On Nightshades

If avoiding nightshades has worked for you, and has helped you feel better, please feel free to continue avoiding them. At the same time, you may reconsider and you may introduce them when it works for you and your health. Ultimately, cutting out nightshades means cutting out plenty of other plants that can do your body good. It is about identifying where we can find solanine, and avoiding things like eating sprouted potatoes or eating them in great quantities.

This article was republished from DrChristianson.com.

Dr. Alan Glen Christianson (Dr. C) is a Naturopathic Endocrinologist and the author of The NY Times bestselling Adrenal Reset Diet. Dr. C’s gift for figuring out what really works has helped hundreds of thousands of people reverse thyroid disease, lose weight, reverse diabetes, and regain energy. Learn more about the surprising story that started his quest at drchristianson.com.