When President Barack Obama created Deferred Action for Childhood Arrivals (DACA), the 2012 program that offered undocumented young people brought to the U.S. as children a path into society, for a moment the ideals of the American Dream seemed, at least for this group, real.

We call these kids (many of whom are now adults) “Dreamers,” because they are chasing the American Dream – a national aspiration for upward economic mobility built on physical mobility. Fulfilling your dreams often means following them wherever they may lead – even into another country.

The Trump administration’s decision to cancel DACA and build a U.S.-Mexico border wall has endangered those dreams by subjecting 800,000 young people to deportation.

But the notion underlying both the DACA repeal and the wall – which is that “illegal” immigrants, most of them from Mexico, are stealing U.S. jobs and hurting society – reflects a profound misunderstanding of American history.

On Indigenous Peoples Day, it’s worth underscoring something that many archaeologists know: many of the values that inspire the American Dream – liberty, equality and the pursuit of happiness – date back to well before the creation of the U.S.-Mexico border and before freedom-seeking Pilgrim immigrants arrived at Plymouth Rock in 1620. They originate with native North Americans.

The modern rendition of the American Dream can be traced back to 1774, when Virginia’s governor, John Murray, the fourth earl of Dunmore, wrote that even if Americans “attained Paradise, they would move on if they heard of a better place farther west.”

The actual term “American Dream” was popularized in 1931 by the businessman and historian James Truslow Adams. For him, its realization depended on not just being able to better oneself but also, through movement and human interaction, seeing your neighbors bettered as well.

The first peoples to come to the Americas also came in search of a better life. That happened 14,000 years ago in the last Ice Age when nomadic pioneers, ancestors to modern Native Americans and First Nations, arrived from the Asian continent and roamed freely throughout what now comprises Canada, the United States and Mexico. Chasing mammoth, ancient bison and the elephant-like Gomphothere, they moved constantly to secure the health of their communities. 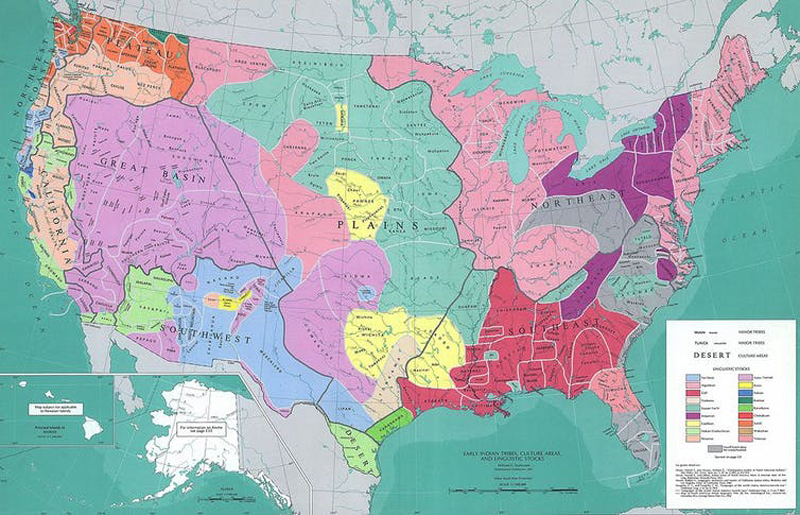 A more recent example of the power of migration reappears about 5,000 years ago, when a large group of people from what is today central Mexico spread into the American Southwest and farther north, settling as far up as western North America. With them they brought corn, which now drives a significant part of the American economy, and a way of speaking that birthed over 30 of the 169 contemporary indigenous languages still spoken in the United States today.

This globalist world view was alive and well 700 years ago as well when people from what is now northern Arizona fled a decades-long drought and rising authoritarianism under religious leaders. Many migrated hundreds of miles south to southern Arizona, joining the Hohokam (ancestors to modern O’odham nations) who had long thrived in the harsh Sonoran desert by irrigating vast fields of agave, corn, squash, beans and cotton.

When the northern migrants arrived to this hot stretch of land around the then-nonexistent U.S.-Mexico frontier, Hohokam religious and political life was controlled by a handful of elites. Social mechanisms restricting the accumulation of power by individuals had slowly broken down.

For decades after their arrival, migrants and locals interacted. From that exchange, a Hohokam cultural revolution grew. Together, the two communities created a commoners’ religious social movement that archaeologists call Salado, which featured a feasting practice that invited all village members to participate.

As ever more communities adopted this equitable tradition, political power – which at the time was embedded in religious power – became more equally spread through society. Elites lost their control and, eventually, abandoned their temples.

The Hohokam tale unearths another vaunted American ideal that originates in indigenous history: equality. Long before it was codified in the Declaration of Independence,, equality was enacted through the building of large mounds.

Massive earthen structures like these are often acts of highly hierarchical societies – think of the pyramids of the ancient Egyptians, constructed by masses of laborers as the final resting place of powerful pharaohs, or those of the rigid, empire-building Aztecs. 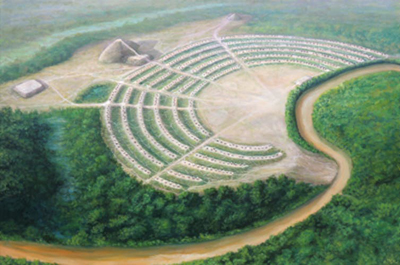 But great power isn’t always top-down. Poverty Point, in the lower Mississippi River Valley of what’s now Louisiana, is a good example. This massive site, which consists of five mounds, six concentric semi-elliptical ridges and a central plaza, was built some 4,000 years ago by hunter-fisher-gatherers with little entrenched hierarchy.

Originally, archaeologists believed that such societies without the inequality and authoritarianism that defined the ancient Egyptian, Roman, and Aztec empires could not have constructed something so significant – and, if so, only over decades or centuries.

But excavations in the last 20 years have revealed that large sections of Poverty Point were actually constructed in only a few months. These Native Americans organized in groups to undertake massive projects as a communal cooperative, leaving a built legacy of equality across America’s landscape.

The Haudenosaunee, or Iroquois, offer a more modern example of such consensus-based decision-making practices.

These peoples – who’ve lived on both sides of the St. Lawrence river in modern-day Ontario and the U.S. Great Lakes states for hundreds, if not thousands, of years – built their society on collective labor arrangements.

They ostracized people who exhibited “selfish” behavior, and women and men often worked together in large groups. Everyone lived together in communal longhouses. Power was also shifted constantly to prevent hierarchy from forming, and decisions were made by coalitions of kin groups and communities. Many of these participatory political practices continue to this day.

The Haudenosaunee sided with the British during the 1776 American Revolution and were largely driven off their land after the war. Like many native populations, the Haudenosaunee Dream turned into a nightmare of invasion, plague and genocide as European migrants pursued their American Dream that excluded others. 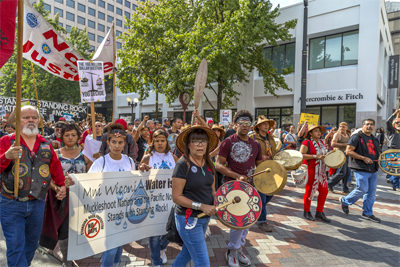 The long indigenous history of rejecting authoritarianism continues today, including the 2016 battle for environmental justice at Standing Rock, South Dakota.

There, a resistance movement coalesced around a horizontally organized youth group that rejected the planned Dakota Access oil pipeline.

The movement centered on an environmental cause in part because nature is sacred to the Lakota (and many other indigenous communities), but also because communities of color often bear the brunt of economic and urban development decisions. This was the indigenous fight against repression and for the American Dream, gone 21st century.

In the early 19th century, the prominent social philosopher Lewis Henry Morgan called the Native Americans he studied “savages.” And for centuries, America’s native peoples have seen their cultural heritage attributed to seemingly everyone but their ancestors – even to an invented “lost” white race.

America’s indigenous past was not romantic. There were petty disputes, bloody intergroup conflicts and slavery (namely along the Northwest Coast and American Southeast).

But the ideals of freedom and equality – and the right that Americans can move across this vast continent to seek it out – survive through the millennia. Societies based on those values have prospered here.

So the next time a politician invokes American values to promote a policy of closed borders or selfish individualism, remember who originally espoused the American Dream – and first sought to live it, too.

Lewis Borck is an archaeologically trained anthropologist that focuses on social movements and political change in the past and through time using a mix of material culture and historical sources for data. Shane Miller is a prehistoric archaeologist whose primary research interests are the Ice Age colonization of the Americas, the origins of agriculture in eastern North America, and how we can use lithic technology, Geographic Information Systems (GIS), and geoarchaeology to make inferences about past human behavior.

See also:
For Native Mothers, A Way To Give Birth That Overcomes Trauma
Some “Unrecognized” Tribes Still Waiting After 130 Years

A Doctor’s Open Apology To Those Fighting Overweight And Obesity

The day begins lethargically under a void of course Aquarius Moon. Some folks are passive, while others appear stoic. For those following and trying to make sense of the news in the USA, the ongoing collision of cultures, races and values…

END_OF_DOCUMENT_TOKEN_TO_BE_REPLACED

Bumps and Bruises: When There's More Going On