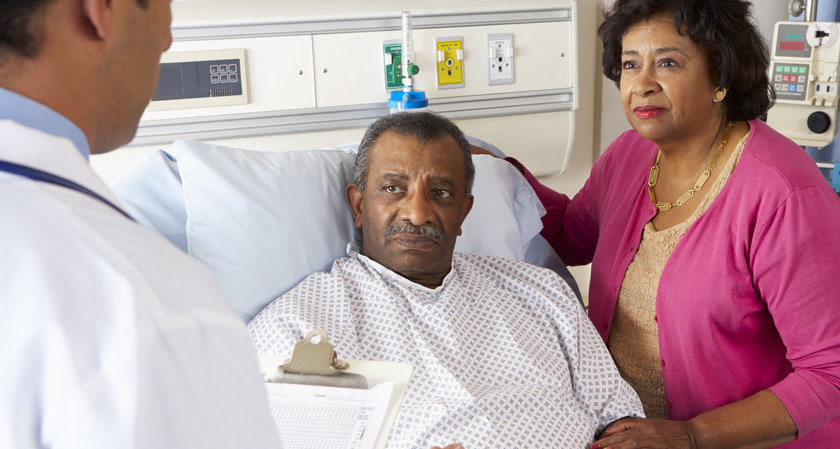 Medicare Advantage plans are endangering the lives of older adults and people with disabilities. The HHS Office of the Inspector General (OIG), which works to fight waste, fraud and abuse, recently issued a devastating report showing that these corporate health plans, which contract with the government to deliver Medicare benefits, are denying large amounts of care inappropriately.

Everyone enrolled in a Medicare Advantage plan should demand that the government prioritize the health and well-being of people with Medicare and let them know which plans are keeping people from getting needed care.

This is not the first time that the OIG has raised serious concerns about Medicare Advantage. But Medicare Advantage plans continue to engage in widespread wrongful denials of care with little accountability. What will it take for the administration and Congress to protect people with Medicare from these bad actors?

In a 2018 report, the OIG raised equally troubling concerns about the risks faced by older adults and people with disabilities in Medicare Advantage. The OIG recommended that the Centers for Medicare and Medicaid Services (CMS) act to protect people with Medicare and provide them “with clear, easily accessible information about serious [Medicare Advantage] violations.” Unfortunately, these recommendations seem to have fallen on deaf ears.

Instead of calling out the bad Medicare Advantage actors and holding them to account, CMS is protecting corporate interests over the interests of older adults, people with disabilities, and their families. Protecting Wall Street over people with Medicare.

The OIG report explains that because CMS pays Medicare Advantage plans a flat fee regardless of the amount they spend on care, they have a “potential incentive…to deny beneficiary access to services and deny payments to providers in an attempt to increase profits.”

Anyone enrolled in a Medicare Advantage plan offered by Humana, United HeathCare, Aetna, or another health insurance company should beware. These Medicare Advantage plans are requiring that our nation’s most vulnerable individuals navigate an obstacle course when they need critical care. Worse still, they are inappropriately denying potentially life-saving care to tens of thousands of older adults and people with disabilities—care that traditional Medicare covers.

The OIG report finds that nearly one in seven Medicare Advantage plan denials of care are wrongful. It highlights inappropriate denials of costly tests, nursing home care, and rehabilitation services.

There’s more. The Kaiser Family Foundation found that a sizeable number of Medicare Advantage plans don’t include the best cancer specialists and cancer centers in their networks. We can only imagine the consequences for their enrollees with cancer and other costly health care needs.

The OIG report doesn’t name names, even though some Medicare Advantage plans are clearly worse than others. For example, some plans are implementing prior authorization rules that are out of sync with standard medical practice.

The American Hospital Association confirms that “Inappropriate and excessive denials for prior authorization and coverage of medically necessary services is a pervasive problem among certain plans in the MA program.” It urges CMS to hold Medicare Advantage plans accountable “for inappropriately and illegally restricting beneficiary access to medically necessary care.”

An American Medical Association poll found that one in four physicians believe that prior authorization rules for some tests and treatments are harming patients. But, there’s no way for people with Medicare to find out whether their Medicare Advantage plans are coming between doctors and patients to their detriment.

Instead of meaningfully penalizing or cancelling contracts with Medicare Advantage plans for establishing procedures that withhold necessary care from people with Medicare, CMS is giving them an 8.5 percent rate increase next year. It’s continuing to pay them significantly more per enrollee than it spends on people in traditional Medicare. As a result, the corporations that administer Medicare Advantage plans are profiting wildly!

CMS leads our nation’s parents and grandparents to believe that they can pick a Medicare Advantage plan that’s right for them — and then allows them to pick one that could gravely harm them or cause their premature death.

Last month, Congresswomen Katie Porter, Rosa DeLauro, and Jan Schakowsky, along with Senator Elizabeth Warren, led a letter to CMS. Joined by 15 other members of Congress, they called on CMS to protect people with Medicare and highlighted some of their concerns with Medicare Advantage. Senator Sherrod Brown led a similar letter three years ago, and CMS did nothing.

Diane Archer is president of Just Care USA, an independent digital hub covering health and financial issues facing boomers and their families and promoting policy solutions. She is the past board chair of Consumer Reports and serves on the Brown University School of Public Health Advisory Board.