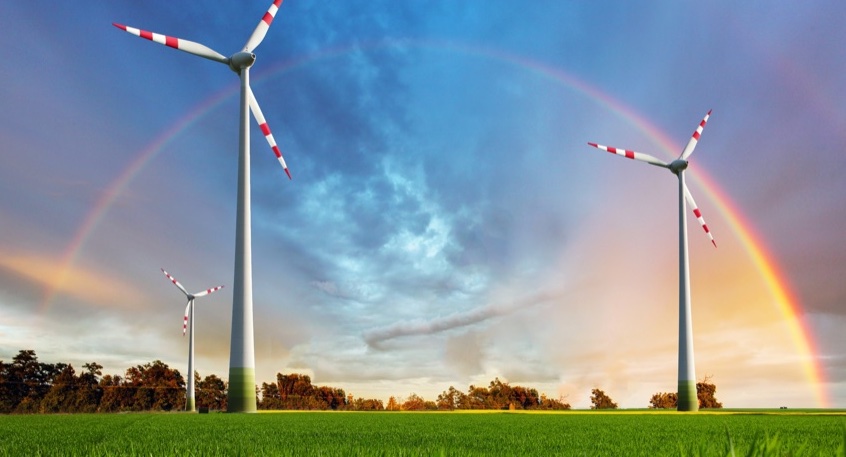 Very soon, President Biden is expected to sign into law a budget reconciliation bill with historic climate provisions. Writing these words brings an almost surreal mixture of sheer joy and relief that I know many of you share. Yes, the bill has some real flaws and there’s lots more that will be needed in the years to come; but for today, let’s savor this long-awaited and hard-fought progress, and give thanks for the tremendous effort of so many millions of people that it’s taken to secure it.

On August 7, the Inflation Reduction Act of 2022 won passage in the Senate along party lines, 51-50, with Vice President Kamala Harris casting the deciding vote. The House is expected to pass the bill within days, and it will then move swiftly to the President’s desk for his signature. After decades of delay and inaction, this is a momentous breakthrough for US federal climate action. It’s a breakthrough many of us have fought for and desperately hoped for, for far too long.

This momentous step forward belongs to you, too—each of you who called and wrote letters to your senators and representatives urging them to vote yes for this bill, marched in the streets for climate action, brought home the urgency of the science, and called out the duplicity of fossil fuel interests.

What makes the Inflation Reduction Act historic? Quite simply, the bill puts in place policies and investments that will drive significant cuts in heat-trapping emissions across our economy—the power sector, the transportation sector, buildings, industry, and agriculture. Together with additional EPA pollution standards; additional agency and executive actions; state, local and regional policies; and private sector initiatives, this groundbreaking bill puts the US within striking distance of meeting our climate goal of cutting emissions 50 to 52 percent below 2005 levels by 2030. Provisions of the bill would also create good-paying jobs in the US clean energy manufacturing sector, invest billions of dollars toward environmental justice, reduce air and water pollution in communities across the country, and make farmlands and our food supply more resilient. This is in addition to critical healthcare and tax provisions that are also part of the broader budget reconciliation bill.

My colleagues have been blogging on different aspects of the bill, and you can find those blogs here.

We now have fresh reason for hope at a time when dangerous extreme weather—heatwaves, floods, wildfires, drought and more—is exacting a terrible human and economic toll around the world. The world’s biggest contributor to cumulative heat-trapping emissions is finally taking meaningful action to address the rapidly worsening climate crisis. That will also give wind to the sails of global efforts to curtail heat-trapping emissions, with the potential to spur greater ambition from other major emitters. The overall bill is a big win for climate, jobs, and justice. And it gives us a firm basis to fight for more in the months and years to come.

Nevertheless, given the steep political obstacles along the way, the final bill is imperfect. It includes some provisions that could expand fossil fuel use or delay a transition away from them. We will fight in coalition to fend off the worst outcomes—especially those that put a disproportionate burden on low-income communities and communities of color. The scope of the climate and clean energy investments in the Senate-passed bill was also reduced from earlier iterations, although it still represents the single largest federal investment in climate action to date.

This win did not come easy. Fossil fuel companies and their allies, who have fought progress and spread disinformation for decades, came out in full force against this bill as it wended its way through Congress—and managed to secure some harmful concessions in the final version. Fully half the Senate—the entire Republican caucus—stood on the sidelines even as they had an opportunity to take action to address one of the biggest challenges of our time.

There were many times in the past year when it felt like the odds were too long. When we scrambled to salvage scraps of hope. When we couldn’t bear the thought of telling our children we had failed them, yet again.

That we are at this incredibly hopeful juncture today is a testament to the vision, leadership, and grit of many. First and foremost, this would not have happened without the large and diverse climate movement—including environmental, justice, labor, youth, faith, and business groups—and its strategic, patient (and sometimes appropriately impatient!), and hard work to join forces and push for the most ambitious legislation possible. While we did not succeed on every front, the scope and ambition in the bill owes everything to the broad coalition that pushed for it.

This momentous step forward belongs to you, too—each of you who called and wrote letters to your senators and representatives urging them to vote yes for this bill, marched in the streets for climate action, brought home the urgency of the science, and called out the duplicity of fossil fuel interests.

Thanks are due, too, to Congressional leadership and to the President for continuing to push for dialogue and agreement even when things seemed at an impasse.

Yes, WE did this, together. Together, we are powerful. And we will need to keep working together to fend off the damaging elements included in the bill, while pushing for more action on climate and environmental justice in the years ahead.

I find myself thinking back to when the Paris Agreement was secured in 2015 and the environment minister from South Africa quoted Nelson Mandela in the closing plenary:

“I have walked that long road to freedom. I have tried not to falter; I have made missteps along the way. But I have discovered the secret that after climbing a great hill, one only finds that there are many more hills to climb. I have taken a moment here to rest, to steal a view of the glorious vista that surrounds me, to look back on the distance I have come. But I can only rest for a moment, for with freedom comes responsibilities, and I dare not linger, for my long walk is not ended.”

Indeed, there is a lot more left to do to secure a truly just and equitable world where all communities can thrive, a world that runs on clean energy, where climate change is no longer an existential threat to people and the planet. The environmental and climate justice movements will need to continue to deepen solidarity and keep up the good fight to make that powerful vision a reality.

With this bill’s passage, let’s take a moment to rest, to give thanks, and to recharge ourselves for the long walk ahead.

Rachel Cleetus is the policy director with the Climate and Energy program at the Union of Concerned Scientists.