It’s Taken Thousands Of Years, But Western Science Is Finally Catching Up To Traditional Knowledge

Our knowledge of what the denizens of the animal kingdom are up to, especially when humans aren’t around, has steadily increased over the last 50 years. For example, we know now that animals use tools in their daily lives. Chimps use twigs to fish for termites; sea otters break open shellfish on rocks they selected; octopi carry coconut shell halves to later use as shelters.

The latest discovery has taken this assessment to new heights, literally. A team of researchers led by Mark Bonta and Robert Gosford in northern Australia has documented kites and falcons, colloquially termed “firehawks,” intentionally carrying burning sticks to spread fire. While it has long been known that birds will take advantage of natural fires that cause insects, rodents and reptiles to flee and thus increase feeding opportunities, that they would intercede to spread fire to unburned locales is astounding.

It’s thus no surprise that this study has attracted great attention as it adds intentionality and planning to the repertoire of non-human use of tools. Previous accounts of avian use of fire have been dismissed or at least viewed with some skepticism.

While new to Western science, the behaviours of the nighthawks have long been known to the Alawa, MalakMalak, Jawoyn, and other Indigenous peoples of northern Australia whose ancestors occupied their lands for tens of thousands of years. Contrary to most scientific studies, Bonta and Gosford’s team foregrounded their research in traditional Indigenous ecological knowledge. They also note that local awareness of the behaviour of the firehawks is ingrained within some of their ceremonial practices, beliefs and creation accounts.

The worldwide attention given to the firehawks article provides an opportunity to explore the double standard that exists concerning the acceptance of Traditional Knowledge by practitioners of Western science.

Our knowledge of the world comes from many sources. In my field, archaeologists have long depended upon ethnographic sources of information — detailed observations or information derived directly from communities studied — to help develop or test interpretations about past peoples’ lives.

In recent years, many scholars have become aware of the large body of information known as Traditional Knowledge (TK), Indigenous Knowledge (IK), or Traditional Ecological Knowledge (TEK), amongst other terms. These knowledge systems, developed over countless generations, are based on individual and collectively learned experiences and explanations of the world, verified by elders, and conveyed and guided experiential learning, and by oral traditions and other means of record keeping.

Traditional Knowledge has today become a highly valued source of information for archaeologists, ecologists, biologists, ethnobotanists, climatologists and others. This information ranges from medicinal properties of plants and insights into the value of biological diversity to caribou migration patterns and the effects of intentional burning of the landscape to manage particular resources. For example, some climatology studies have incorporated Qaujimajatuqangit (Inuit traditional knowledge) to explain changes in sea ice conditions observed over many generations.

Despite the wide acknowledgement of their demonstrated value, many scientists continue to have had an uneasy alliance with TK and Indigenous oral histories. On the one hand, TK and other types of local knowledge are valued when they support or supplements archaeological, or other scientific evidence.

However, when the situation is reversed — when Traditional Knowledge is seen to challenge scientific “truths” — then its utility is questioned or dismissed as myth. Science is promoted as objective, quantifiable, and the foundation for “real” knowledge creation or evaluation while TK may be seen as anecdotal, imprecise and unfamiliar in form.

Are Indigenous and Western systems of knowledge categorically antithetical? Or do they offer multiple points of entry into knowledge of the world, past and present? There are many cases where science and history are catching up with what Indigenous peoples have long known.

In the past two decades, archaeologists and environmental scientists working in coastal British Columbia have come to recognize evidence of mariculture — the intentional management of marine resources — that pre-dates European settlement. Over the course of thousands of years, the ancestors of the Kwakwaka'wakw and other Indigenous groups there created and maintained what have become known as “clam gardens” — rock-walled, terrace-like constructions that provide ideal habit for butter clams and other edible shellfish. 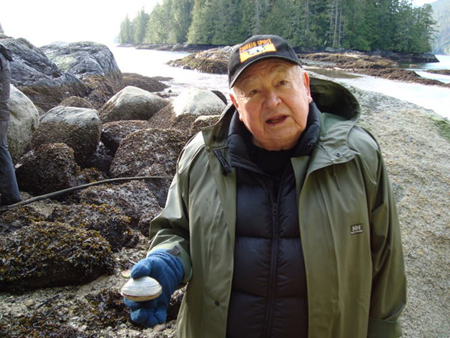 To the Kwakwaka'wakw, these were known as loxiwey, according to Clan Chief Adam Dick (Kwaxsistalla) who has shared this term and his knowledge of the practice with researchers.

These published research studies now prove that Indigenous communities knew about mariculture for generations but Western scientists never asked them about it before. Once tangible remains were detected, it was clear mariculture management was in use for thousands of years. There is a move underway by various Indigenous communities in the region to restore and recreate clam gardens and put them back into use.

A second example demonstrates how Indigenous oral histories correct inaccurate or incomplete historical accounts. There are significant differences between Lakota and Cheyenne accounts of what transpired at the Battle of Greasy Grass (Little Big Horn) in 1876, and the historical accounts that appeared soon after the battle by white commentators.

The Lakota and Cheyenne can be considered more objective than white accounts of the battle that are tainted by Eurocentric bias. The ledger drawings of Red Horse, a Minneconjou Sioux participant in the battle, record precise details such as trooper’s uniforms, the location of wounds on horses, and the distribution of Indian and white casualties. 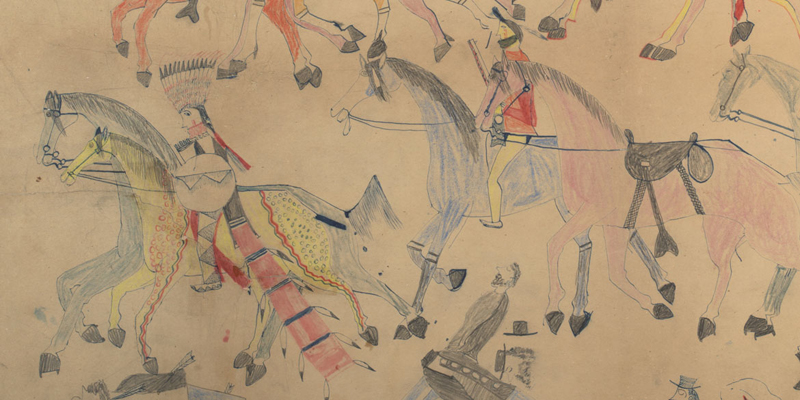 In 1984, a fire at the battleground revealed military artifacts and human remains that prompted archaeological excavations. What this work revealed was a new, more accurate history of the battle that validated many elements of the Native American oral histories and accompanying pictographs and drawings of the events. However, without the archaeological evidence, many historians gave limited credence to the accounts obtained from the participating Native American warriors.

These examples, along with the firehawks study, demonstrate the reliability of Indigenous knowledge.

Opportunities At The Intersection

As ways of knowing, Western and Indigenous Knowledge share several important and fundamental attributes. Both are constantly verified through repetition and verification, inference and prediction, empirical observations and recognition of pattern events.

While some actions leave no physical evidence (e.g. clam cultivation), and some experiments can’t be replicated (e.g. cold fusion), in the case of Indigenous knowledge, the absence of “empirical evidence” can be damning in terms of wider acceptance.

Some types of Indigenous knowledge simply fall outside the realm of prior Western understanding. In contrast to Western knowledge, which tends to be text based, reductionist, hierarchical and dependent on categorization (putting things into categories), Indigenous science does not strive for a universal set of explanations but is particularistic in orientation and often contextual.

Whether or not traditional knowledge systems and scientific reasoning are mutually supportive, even contradictory lines of evidence have value. Employing TK-based observations and explanations within multiple working hypotheses ensures consideration of a variety of predictive, interpretive or explanatory possibilities not constrained by Western expectation or logic. And hypotheses incorporating traditional knowledge-based information can lead the way toward unanticipated insights.

The travels of Glooscap, a major figure in Abenaki oral history and worldview, are found throughout the Mi'kmaw homeland of the Maritime provinces of eastern Canada. As a Transformer, Glooscap created many landscape features. Anthropologist Trudy Sable (Saint Mary’s University) has noted a significant degree of correlation between places named in Mi'kmaw legends and oral histories and recorded archaeological sites.

Indigenous peoples don’t need Western science to validate or legitimate their knowledge system. Some do appreciate the verification, and there are partnerships developing worldwide with Indigenous knowledge holders and Western scientists working together.

This includes Traditional Ecological Knowledge informing government policies on resource management in some instances. But it is nonetheless problematic when their knowledge, which has been dismissed for so long by so many, becomes a valuable data set or used selectively by academics and others.

To return to the firehawks example, one way to look at this is that the scientists confirmed what the Indigenous peoples have long known about the birds’ use of fire. Or we can say that the Western scientists finally caught up with TK after several thousand years.

George Nicholas is an anthropological archaeologist and Professor of Archaeology at Simon Fraser University (SFU) in Burnaby, British Columbia. He was the founding director of SFU's Indigenous Archaeology Program in Kamloops (1991–2005), and has worked closely with the Secwepemc and other First Nations in British Columbia, and Indigenous groups worldwide. Since 2003 he has been an adjunct faculty member of the Flinders University Archaeology Department in South Australia.

Making Love Primary In Your Life

COVID-19 Sparks A Rebirth Of The Local Farm Movement

The stars serve up a number of memorable celestial events today. Mental Mercury turns direct shortly before dawn. As is often the case, expect important new…

END_OF_DOCUMENT_TOKEN_TO_BE_REPLACED

Info To Consider On 5G And The Coronavirus