When inflammation persists or serves no purpose, it damages the body and causes illness. Stress, lack of exercise, genetic predisposition, and exposure to toxins can all contribute to such chronic inflammation, but dietary choices play a big role as well.

Learning how specific foods influence the inflammatory process is the best strategy for containing it and reducing long-term disease risks.

Men in the highest quintile of empirical dietary inflammatory pattern (EDIP) score were found to have a 44% higher risk of CRC than those in the lowest quintile, discovered the research team led by the Harvard TH Chan School of Public Health, Boston, Massachusetts.

The corresponding increase in risk for women was 22%.

EDIP score is based on a weighted average of 18 food groups that characterize dietary inflammation potential measured by inflammatory biomarkers.

Among men and women who were teetotalers, a pro-inflammatory dietary pattern raised the risk of CRC even further. The respective risk levels in the highest EDIP score quintiles were 62% and 33% 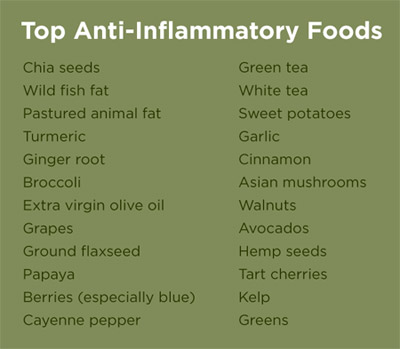 Data was used from 121,000 health care professionals from two large cohorts (for men, the Health Professionals Follow-up Study and for women, the Nurses’ Health Study). The subjects were followed for 26 years and completed food frequency questionnaires (FFQs) every four years. The participants also submitted questionnaires on lifestyle, demographic, and health-related information every two years.

The scientists calculated EDIP scores from the FFQs and analysed associations with new cases of CRC.

The findings add weight to previous research indicating that pro-inflammatory diets may play a role in CRC, suggest the scientists. However, as the study was observational, no causal conclusions can be made. Nevertheless, results may assist in developing future dietary interventions to reduce CRC risk.

“Strategies to reduce the adverse role of a pro-inflammatory dietary pattern in colorectal cancer development may have higher benefits among overweight or obese men and among lean women or among men and women not consuming alcohol,” concluded Tabung.