Mom’s Love in a Breakfast Bowl

My mother – the wonderful woman who adopted me despite already having four biological children of her own – was a bright, educated, and deeply thoughtful person. So she had been planning for my arrival from the orphanage in many ways. When I arrived from Korea as her new son, I was nearly seven years old, and my mother knew that Koreans did not eat the same breakfast that Americans typically ate.

She reasoned that I was used to eating rice, not cold cereal with milk. But she didn’t want to serve me rice, which she thought could reinforce a sense of not belonging; being treated as a foreigner, given non-typical America food. So she had a plan. She would ease me through the transition from steamed rice.

The very first day, I was seated at the breakfast table surrounded by my new parents, brother, and three sisters. Mother put her plan into action as all the pairs of blue eyes and faces framed by blonde hair looked on.

I didn’t speak any English. I couldn’t understand anything that anyone was saying to me. It was just so much noise. But I was old enough that I had internalized Korean customs and manners. Even though I knew that this was my new family, my Korean socialization urged me to remember that I needed to act like a guest in their house.

In Korea, there are many social rules covering all manner of situations and social settings. Everyone has a specific role. Two of the most important roles were host and guest. Other important roles were adult and child. As a child guest in a strange adult host’s home, Korean custom demanded that I not complain, not refuse any offered food or gift, and that I not leave any food unfinished.

My mother set down a small bowl of steaming hot oatmeal in front of me and placed a small spoon into it and stirred. She sat down and the entire family looked on expectantly. I looked from one set of blue eyes to the next around the table. I looked down at the bowl. There was nothing about the bowl of oatmeal that was remotely like rice. But to my mother’s Midwestern way of thinking, it was similar.

I took a spoonful and put it in my mouth. It was awful. Horrible. The texture, the taste, the stickiness of it were like nothing I had ever eaten. I wanted to spit it out. But I was a guest and the youngest child. I swallowed and almost threw up. I gagged and forced it down my esophagus. I took another spoonful and forced myself to swallow it too. I did this until it was all gone. I’d done my duty as a guest. Everyone around the table was smiling and making their weird English noises at me.

My life in America was off to a distasteful start.

But I had spent most of my life in Korea in near starvation. I lived with my Korean mother until she sent me to Korea Social Services to put me up for adoption when I was six. She had little choice. As a single mother of a mixed race child, she was stigmatized and outcast and could find no other work than in American GI clubs. At times, we were reduced to begging on the streets. She knew she could not support me and that I had little hope for a future in Korean society.

So I had learned never to refuse food. No matter what.

The next day, the same thing happened. And the next. And the next. But the servings of oatmeal grew larger over time, eventually needing a bigger bowl. I somehow managed to choke down every bowl, leaving each clean of any leftovers. I thought this was some sort of American torture ritual that the youngest in a family must endure.

In Korea, there were customs that didn’t allow children certain adult foods or to use adult terms for things until they had reached a certain age. I thought maybe it was similar in America. While everyone else in the family got to eat delicious looking cereal with milk, I thought I must be too young, and was relegated to this God awful, goopy oatmeal stuff. I endured this torture for six months. One day, my mother asked me if I wanted to try some cereal, pointing to a box of raisin bran on the table. By now, I could speak English and I understood her offer fully. I leaped at the chance and grabbed the Raisin Bran box and poured myself a bowl full of it. Dad poured the milk, since I was too small to safely hold the heavy, large pitcher. 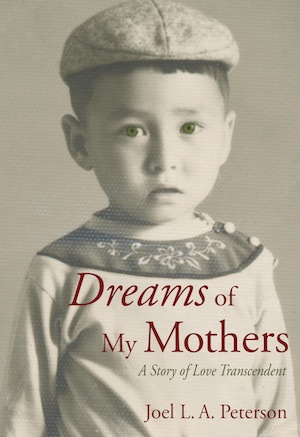 The first spoonful of raisin bran was pure heaven! The taste was nutty but sweet, the texture crunchy and the milk cool and quenching. I loved it! I must have eaten Raisin Bran for the next two years. To this day, it’s my favorite cereal.

Years later, I came home for the first time from college. It was Christmas time and I came down for my first home cooked breakfast since going out of state for school. And there at my table place was a big steaming bowl of oatmeal.

“I thought I would make you a treat,” Mom said. “You used to just love oatmeal when you first came from Korea! You would always clean your bowl and we kept having to give you bigger and bigger servings, because you would always eat it up.” She smiled and gave one of her musical laughs. “I finally had to force you to try something different! But it’s good to have you home for the Holidays. So I made this special, just for you.” She beamed.

My mother is a wonderful woman – bright and well educated. And deeply thoughtful and giving.

I didn’t have the heart to tell her the truth. I sat down and ate, cleaning the bowl while my mother smiled.

In his new book, Dreams of My Mothers, author Joel L.A. Peterson brings his unique personal background as a biracial international adoptee and combines it with his penetrating insights into multiple cultures to create an exceptionally enthralling and inspirational story. Learn more at www.dreamsofmymothers.com.