Musings: Unplugging Our Children and Ourselves

As I jotted down the text for the cover of this issue of Spirit of Change, I noticed that our article on single parenting was included under the heading "Adventures for Children." Since my teenage daughter, Michella, was sitting there in the office with me, her single mom, I asked her opinion if she thought "Adventure" was an appropriate title.

I guess it has been an adventurous ride at times, with only each other to hold on to. Actually, just about anyone living in today's fast-paced society is going to feel the stress of this busyness – children or no children. For those of us who have chosen to be caretakers of the young ones in our society, our balancing act is perhaps even more difficult because we are entrusted with the well-being of those dependent upon us, as well as keeping our own selves sane and in good spirit. Suffice it to say, it's not an easy balance to maintain, particularly in our media-driven atmosphere which promises luxury, peace, happiness and good health just by opening your wallet. When the good life is not forthcoming as expected, it's easy to feel disillusioned, cheated or trapped.

But we all know about that media and its false promises. Or do we? In ages past when raising children was really more of a community/extended family affair, harried parents could usually find a helping hand close by. Families moved around a lot less and you might even have had the same neighbors for your whole life or at least throughout your childhood. People invested more in their communities and extended families during that time – visiting, chatting, eating, helping each other, and just being there. Over the past three decades, however, a disturbing influence has crept into our lives and is sucking the community spirit, the creative spirit and our very life spirit from us. This influence, of course, is our televisions. We spend hours and hours every day cultivating relationships with characters and ideas on a screen instead of the living people and world around us. Our planet is fast closing in on catastrophe and we don't care because we are in the middle of being entertained.

Despite claims that good programming content balances out the negative effects of TV, it's really the act of watching "the tube" that has become such a sinister influence in our lives. Tubes are often used as sucking mechanisms and the television is no different in sucking up our time and energy so we have less of those precious resources available for nourishing our hearts and connections with others. Children today are especially vulnerable to this unhealthy trend as they are exposed to twenty-four hour media coverage from the day they are born – maybe even in the delivery room! Even if you don't have TV in your own home, it's blaring from someone else's. Just because 1984 has come and gone and Big Brother isn't a household word, doesn't mean George Orwell was too far off track. 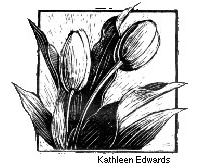 As if the act of TV watching is not destructive enough, there is the content of TV viewing to address. We mentally digest all the images, ideas, words and acts we see on TV and they become a part of our psyche. Continually watching violent acts as a form of entertainment creates a "brainwave" that accepts violence as a normal, natural way to behave. Maybe it makes you violent and maybe it doesn't – the scientific evidence has yet to be documented – but logic says that when you have absorbed that much second hand violence, you become more susceptible to its negative effects. Even more harmful than TV are the interactive video and computer games which actually have kids participating and using their will to create this violence. Why is there a so-called war on drugs (aimed at poor countries populated by indigenous people in Central and South America whose natural resources we want) and not a war to fend off this invader on our own homeland??!!

Parents can steer themselves and their children away from absorbing this violent energy, which helps us sow the seeds for a future generation of gunless school children. School shootings are a signal to us that our children are angry and unbalanced, and it's not because they're spoiled. It's because they feel lost without the heart connections that were never made because they and their parents were glued to the TV or plugged into the computer instead. Hours and hours a day of sucking their hearts and brains and life forces dry and now they're angry and they don't know why. So eithe we drug them to help them cope with feeling like they need to jump out of their skin or we provide them with more screens to watch for longer periods of time.

On the other hand, we can also make a conscious choice to reduce or eliminate our viewing time and start opening up our days and nights to long forgotten pleasures. Develop a list of projects, visits, phone calls or reading you'd like to do and when the urge to hit Power On strikes, look to your list instead. (Don't forget to leave time just to do nothing…sit, relax, putter, sleep, meditate, pray – but stay away from that remote or it will suck you right back in!) Find new things to do with yourself, your partner, child or family. Now is an excellent time to consciously bring more spirituality into your life and discover that when you plug into a spiritual outlet instead of an electrical one, the buzz is a nourishing, energizing and uplifting experience as opposed to television's zombied state. The old 60's mantra updated for the new millennium is appropriate now: Turn off and tune in.

A beautiful bouquet of tulips is sitting on my desk, compliments of Michella. She bought them anticipating I would have several long days of work ahead of me, sitting at my desk during our production deadline time. Michella was right. The cheery orange and yellow tulip blossoms set atop their thick green stems in the aqua blue vase have inspired and lightened my mood for days. Somehow, it just wouldn't have been the same if she simply sent them as an email photo.

Carol Bedrosian is publisher and editor of Spirit of Change.