Musings: What If The Brain Is The Only Healer We Really Need?

A friend emailed a cartoon illustrating the inconvenient side of practicing self-healing. A man and a woman are sitting on a couch talking to each other at a party. The man says, “I’m sorry…I didn’t hear you. I was listening to my body.” If only we could confer so easily with our bodies on any occasion, we’d all be healthy in no time!

After generations of practically worshipping at the altar of western medicine, the exorbitant price tag, excessive drug prescribing and dubious healing results have left many Americans questioning the authority that once went unquestioned. Could we do a better job of managing our own healthcare rather than handing that responsibility over to medical authorities? I have to admit, I am not convinced the medical establishment has my best interests in mind when I look at the dysfunction in our healthcare system and their best recommendations for my health. I see inflated costs, the side effects and collateral damage of too many drugs, tests and treatments, and the enormous fear and anxiety that accompanies being a patient in this system. I do not believe this is the way healthcare was meant to be and my experience using alternative medicine over the past twenty-five years bears that out. What if healing is a state of mind entirely dependent upon what you believe?

A recent story shared in The Sun came from a woman who grew up “off the grid” on an Oklahoma farm long before that phrase even meant anything. Her mother used only one remedy for everything – a teaspoon of sugar laced with kerosene – and, though she hated the taste, believed absolutely that the medicine would make her better, which it almost always did. After studying to become a nutritionist and discovering that her mother’s “cure” contained two elements lethal to a compromised immune system, the woman speculated on the power of love and belief as the most potent medicines available, able to turn even toxic ingredients into a cure.

The placebo effect, which measures nothing more than a patient’s belief about treatment, has been well-documented as a statistically significant influence on treatment outcomes for decades, establishing a direct link between healing and the mind. While the brain is the command center of the body, firing off millions of minute life and death instructions every second, how much influence does the mind (our beliefs) have over the brain’s instructions? If the mind believes only western medicine works or only alternative medicine works or it’s hopeless and no medicine works at all, what effect do those beliefs have on the messages the brain sends out to all those cells?

We have a choice about our health beliefs. If you ignore its significant failure rates, the surgical and pharmaceutical miracles of modern medicine are quite persuasive. Parkinson’s symptoms are arguably one of the most disruptive expressions of disease to live with, yet the miracle of pharmaceuticals gives many patients back their independence and their lives. Children walk because advanced medical research triumphs over genetic defects. It’s easy to see why we want to believe this heroic medicine can save us from the ravages of our 21st century lifestyle, however, the overwhelming evidence tells us the best prescription for good health includes factors entirely within our own control: diet, exercise, stress reduction, self-care, positive thinking and energy medicine. The question is: why isn’t our healthcare system promoting these successful treatments and cures in addition to their drugs, surgery and diagnostics?

Beyond dismantling the shameful piracy of the for-profit pharmaceutical and insurance industries, real healthcare reform must promote the truth about getting well and staying healthy. Everyone wants and should have access to life saving emergency care when the situation warrants it, but it’s time for the Great Oz of western medicine to step down from its bully pulpit and control over our healthcare, and hand the reigns of power back to the people where it belongs. 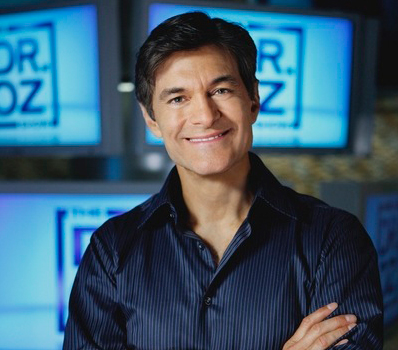 In a quirky twist of fate, Dr. Mehmet Oz, the famous Oprah-branded cardiothoracic surgeon, has already stepped in to fill the new wizard’s role. Star of the new nationally syndicated healthcare program “The Dr. Oz Show,” Oz is just one in a growing number of voices speaking out for a healthcare system that focuses on self-care and prevention rather than sick care. One of over 16 million Americans who now practice yoga, Oz says his 20-year practice of daily yoga, “is the most important health practice I have adopted.” In a June, 2010, AARP interview, the doctor, who still performs over 100 surgeries a year, noted that he “believes the greatest medical advances of the next decade will come from manipulating the body’s flow of energy.” Despite our inability to measure it, he says, “I’m not willing to write off what a billion people think is possible, just because we can’t measure it in the West.” The immense popularity of the show demonstrates that Americans are open-minded about their healthcare and ready to take an active role in staying well.

How far does that role extend? Perhaps this depends entirely upon your beliefs. About 15 years ago an age spot the size of an M&M sprang up spontaneously on my right temple. Dang…I was only 35! Not inclined towards doctors or surgery, I left it alone, although I occasionally scowled at the blemish.

About six months ago, I noticed myself fussing more than usual with the spot. It started itching and calling attention to itself so I focused my efforts on listening to what my body might be telling me about how to take care of it. The spot got darker, then bigger, the border became irregular, and the surface turned bumpy like cauliflower. A friend advised me to get the “suspicious mole” checked immediately. My acupuncturist noted during one visit that the spot was changing in appearance. It bled as I picked at the edges, but I still sensed the same message to stay calm, pay attention and use topical treatments. I reached for the tea tree oil and Bach Flower Essence Rescue Remedy cream in my first aid basket twice a day. Occasionally at night I felt inspired to sleep on my Amethyst Bio-Mat pillow, padded with a thick towel to soften the densely packed surface filled with crushed amethyst. After several weeks of morphing, the age spot finally disappeared entirely, save for a subtle faded seam at one end. Although I felt no physical difference on the inside, I was grateful for yet another confirmation of my body’s own healing abilities.

We all have choices to make based on our beliefs when confronting disease or symptoms. From cancer to cold sores, alternative medicine offers time-tested, successful treatments and remedies for every condition with minimal side effects at one tenth the cost. Personally, I don’t believe in routine mammograms or colonoscopies, cholesterol or other “elective” lifetime prescriptions. If diagnosed with cancer, I would pay a two-week visit to Brenda Cobb at the Living Foods Institute in Atlanta, Georgia (and a keynote speaker at this year’s Natural Living Expo in Sturbridge), and spend $10,000 to reverse the cancer’s damage and learn how to heal my body for the rest of my life rather than spend over $100,000 for a hospital and chemotherapy stay with a 33% chance of dying within 5 years. Cancer, like many major diseases, is not only preventable through diet, but can also be treated and cured with the food you eat.

According to the legendary 95-year old anti-racist activist and Chinese American author Grace Lee Boggs, The only way to survive is by taking care of one another. “And I would add “and ourselves.” A healthcare revolution is necessary, it’s possible and it’s happening today. Even a little self-care is worth a pound of cure.

Carol Bedrosian is the publisher and editor of Spirit of Change magazine. She can be reached at carol@spiritofchange.org.