“At a time of rapid biodiversity loss, we are failing to access the treasure chest of incredible diversity on offer and missing a huge opportunity for our generation.” 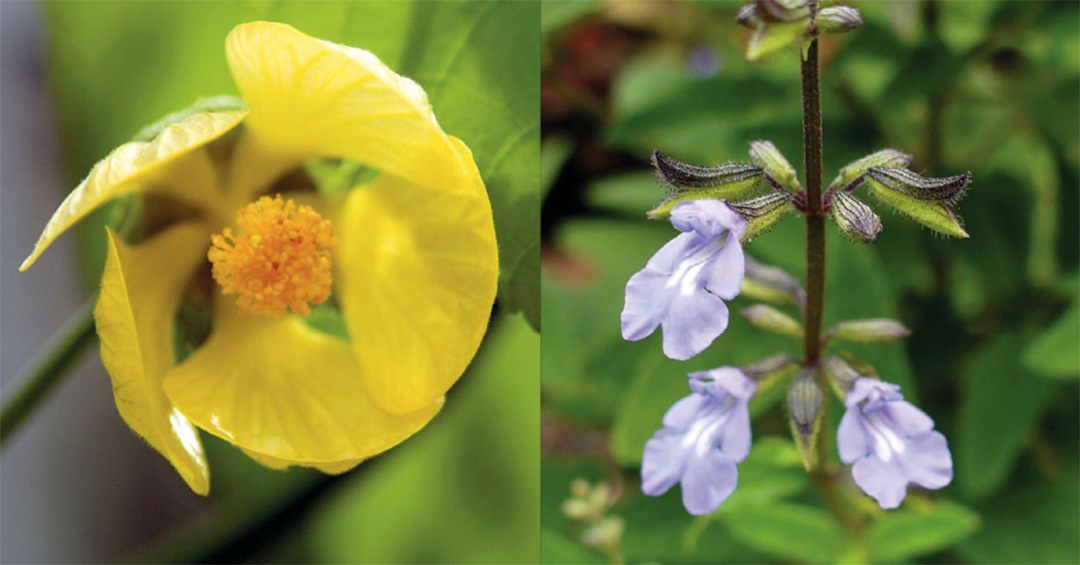 Humanity’s destruction of nature has made an estimated two in five plant species worldwide at risk of extinction, according to an assessment published Wednesday by the Royal Botanic Gardens, Kew, in the United Kingdom.

The fourth annual report, entitled State of the World’s Plants and Fungi (pdf), draws on the expertise of 210 researchers from 42 countries for what professor Alexandre Antonelli, director of science at RBG Kew, calls an “unparalleled collaborative effort” that aims to put the planet and all its inhabitants on a more sustainable path.

“Open your fridge, peek into your medicine cupboard, examine your living room, feel your clothes. For thousands of years, we have searched nature to satisfy our hunger, cure our diseases, build our houses, and make our lives more comfortable,” Antonelli writes in the report’s introduction.

“But our early exploration of useful traits in species relied on rudimentary tools, and Indigenous knowledge was lost as local traditions were downplayed and globalization emerged,” he adds. “As a result, humanity is still a long way from utilizing the full potential of biodiversity, in particular plants and fungi, which play critical roles in ecosystems. Now, more than ever before, we need to explore the solutions they could provide to the global challenges we face.”

The report comes on the heels of a United Nations assessment that the international community has failed to fulfill any of the biodiversity targets that were set a decade ago as well as the latest edition of World Wide Fund for Nature’s flagship publication, which warned that “nature—our life-support system—is declining at a staggering rate.” Specifically, WWF found “an average 68% decrease in population sizes of mammals, birds, amphibians, reptiles, and fish between 1970 and 2016.”

Throughout the report’s 12 chapters, researchers address the importance of seeking out species before they disappear and calculating extinction risk; ways that plants and fungi can be used in terms of food, energy, healthcare, and more; how biological resources can be used more wisely; and the conditions in the U.K. and its territories.

“Natural ecosystems provide useful services for humanity, such as regulating climate, preventing floods, and filtering water. As the building blocks of ecosystems, plants and fungi have the potential to help us address current environmental challenges, such as climate change,” the report notes. “However, these natural benefits could be compromised by biodiversity loss, caused by humans clearing or degrading natural vegetation and over-harvesting wild species, as well as by shifting weather patterns.”

Given the importance of plants and fungi, “we need to have a rough idea of the conservation status of every species,” Eimear Nic Lughadha, conservation scientist at RBG Kew and lead author of the extinction chapter, explained in a statement. Lughadha highlighted advancements with artificial intelligence, adding, “the techniques are good enough to say, ‘this area has a lot of species that haven’t been assessed but are almost certainly threatened.'”

In 2019 alone, 1,942 plants and 1,886 fungi were scientifically named for the first time, according to the report—which adds that “current threats to global biodiversity, from climate change, logging, and land-use change, make the task of cataloguing species a race against time.”

Only six species of medicinal fungi have been assessed for conservation status, “one of which, Fomitopsis officinalis, a wood-inhabiting parasitic fungus, has already been pushed to the brink of extinction,” the report says. Out of 25,791 known medicinal plants, 5,411 have been assessed and 723—or 13%—are threatened.

Professor Monique Simmonds, deputy director of science at RBG Kew and lead author of the commercialization chapter, told the Guardian that humanity should look to nature for treating coronaviruses and other diseases with pandemic potential. As she put it: “I am absolutely sure going forward that some of the leads for the next generation of drugs in this area will come from plants and fungi.”

The report also notes that even though there are at least 7,039 plants that hold potential as foods, “just 15 crop plants contribute to 90% of humanity’s energy intake, and more than four billion people rely on just rice, maize, and wheat.” As an RBG Kew statement explained, “Relying on a handful of crops to feed the global population has contributed to malnutrition and left us vulnerable to climate change.”

Stefano Padulosi, co-author of the food chapter, said that “the thousands of underutilized and neglected plant species are the lifeline to millions of people on Earth tormented by unprecedented climate change, pervasive food and nutrition insecurity, and economic disempowerment.”

“Harnessing this basket of untapped resources for making food and production systems more diverse and resilient to change should be our moral duty to current and future generations,” declared Padulosi, former senior scientist at the Alliance of Biodiversity International and the International Center for Tropical Agriculture.

Antonelli agreed, saying broadly that “the data emerging from this year’s report paint a picture of a world that has turned its back on the potential of plants and fungi to address fundamental global issues such as food security and climate change. Societies have been too dependent on too few species for too long.”

“At a time of rapid biodiversity loss, we are failing to access the treasure chest of incredible diversity on offer and missing a huge opportunity for our generation,” he added. “As we start the most critical decade our planet has ever faced, we hope this report will give the public, businesses, and policymakers the facts they need to demand nature-based solutions that can address the triple threats of climate change, biodiversity loss, and food security.”

This article was republished from Common Dreams.