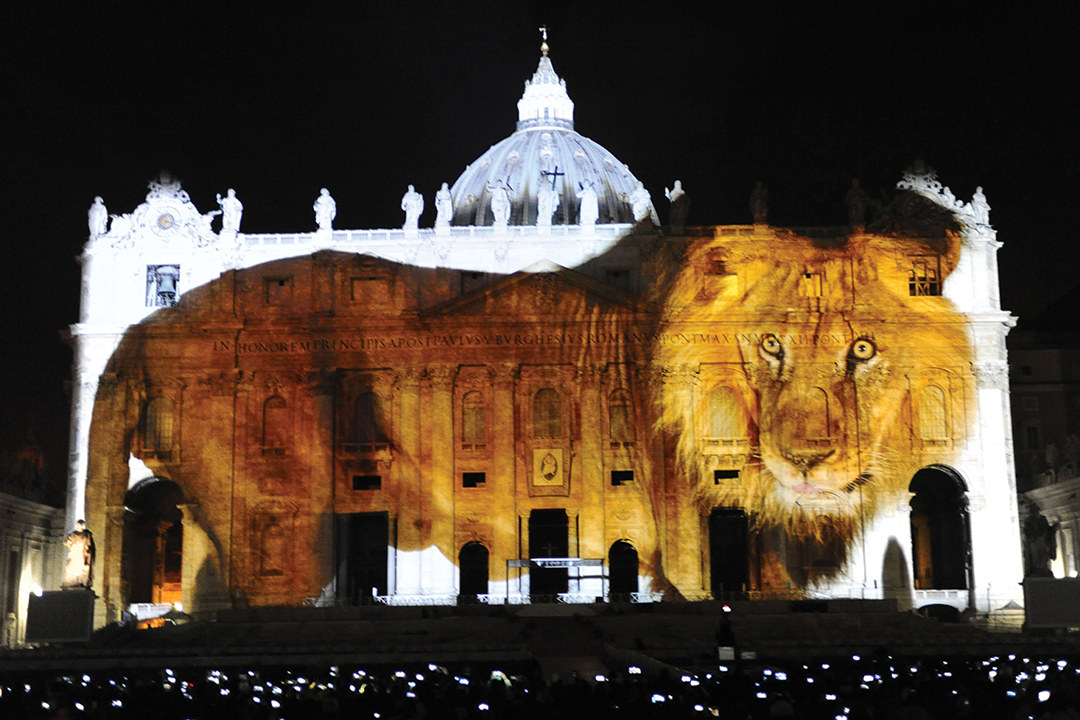 Lion photo projected onto the Vatican during the 2015 COP 21 international climate conference by film director Louis Psihoyos, who aims to get 10% of the population aware of the extinction crisis through his films such as “Racing Extinction.”  www.opsociety.org
Photo Credit: David Doubilet

It’s easy to get depressed and feel helpless in the face of the cascading effects of climate change we’re experiencing today: mega-wildfires, extreme heat and drought, flooding, hurricanes on steroids, and melting ice caps, to name a few. However, it’s not hopeless; we can change the trajectory of our future if we make the right choices individually and together — beginning today.

Back in 2017, Drawdown: The Most Comprehensive Plan Ever Proposed to Reverse Global Warming was published. Edited by environmentalist and best-selling author Paul Hawken, the book presents 100 different ecologically sound ways to “draw down” carbon from the atmosphere by working in cooperation with natural systems. This was the first product of Project Drawdown, which was co-founded in 2014 by Hawken and fellow-environmentalist Amanda Joy Ravenhill to uncover the most substantive climate solutions and communicate them to the world.

Drawdown refers to the to the time when greenhouse gases in the atmosphere stop climbing and start to steadily decline, thereby stopping catastrophic climate change. Before Project Drawdown, the most widely stated climate goals were to slow down or stop greenhouse gas emissions, but to Hawken these were necessary but insufficient goals. “If you’re traveling down the wrong road, you are still on the wrong road if you slow down,” he opined. The only goal that makes sense is to reverse global warming, he believed — and there was no roadmap for that. Project Drawdown was the answer.

The solutions presented in the book and on the website were sourced from individual farms, communities, cities, companies and governments. A coalition of researchers and scientists selected those with the greatest potential to either reduce emissions or draw down and store carbon from the atmosphere, reviewed the literature on each solution, and devised climate and financial models for each. Then outside experts evaluated their work.

Both book and website are organized into eight sections: Energy, Food, Women and Girls, Buildings and Cities, Land Use, Transport, Materials, and Coming Attractions; and every solution contains information on its history and science, examples, a ranking in terms of its global emissions-reduction potential, an estimate of how many gigatons of greenhouse gases it avoids or removes from the atmosphere, and its costs. 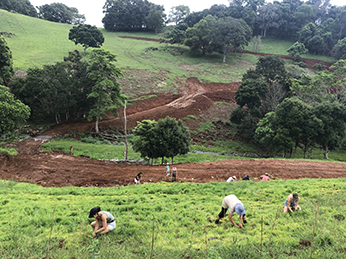 An Ecosystem Restoration Camp project, Reforest Now trains people how to restore biodiversity and works to reforest cleared and remnant rainforest areas in New South Wales, Australia. It was featured in “Drawdown 2020—The Time is Now.”  [Reforest Now]

Who would have guessed that refrigerant management would be in the top ten? Or that educating girls and family planning would be the second most important things we could do to reduce carbon emissions?  It turns out that hydrofluorocarbons (HFCs, the primary current refrigerant) have 1,000 to 9,000 times greater capacity to warm the atmosphere than carbon dioxide. As for making the means of family planning more accessible and educating girls, these two rights-based solutions are projected to reduce the future global population by about a billion people, with commensurate savings in greenhouse gas emissions.

It’s hopeful to see so many natural solutions already in practice, but even more hopeful to see how many of them we can individually affect. For instance, we can all reduce the amount of food we waste (the #1 emissions saver), we can add more plant-based food to our diets and reduce our intake of meat (#3), and we can see that our old refrigerators and air conditioners are recycled properly (#4). And those SUVs? Last year the International Energy Agency found that SUVs were the second largest cause of the global rise in carbon dioxide emissions over the past decade! An analysis commissioned by The Guardian found that all the SUVs sold in the U.S. just in 2018 will in one year emit 3.5 million tons more in CO2 than if they were smaller cars. Over a 15-year lifetime of the vehicles, the extra pollution is on par with the entire annual emissions of Norway—a huge hit to the climate.

This year Project Drawdown published their latest update — the Drawdown 2020 Review — available for free download from their website. Their bottom line: the world can still reach Drawdown by mid-century, if we make the best use of all existing climate solutions. Ultimately, we can build a completely regenerative society, because when we implement natural solutions to solve the climate emergency, we produce a plethora of added benefits to human and planetary well-being — such as clean air and water, more nutritious food, less disease, and more productive and meaningful jobs.

The main challenge with the Drawdown solutions is that scaling them up will require international cooperation and coordination at unprecedented levels — and that depends on our leaders seeing global warming as the existential threat it is and acting with the requisite speed and determination. Achieving the needed global transformation will require a new paradigm of cooperation, a vision of possibility, and the collective will to address the issue. 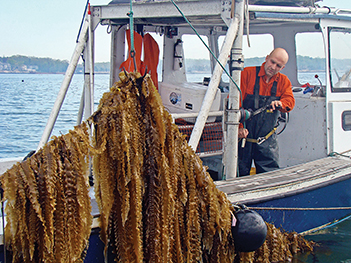 Ocean farmer Bren Smith, founder of GreenWave cranks the kelp line just before harvesting in clips from “Drawdown 2020—The Time is Now.” Ocean farming is important for climate change because oceans soak up 30 percent of our CO2. [GreenWave]

Project Drawdown has produced a framework to guide us on a new pathway of ecological recovery and sustainability, but to act, we need to be able to touch, see, and feel the existing solutions at hand. In “Drawdown 2020 — The Time is Now,” the virtual event that introduced Climate Week in New York City in September, 2020, we experience the sight, sound, and feel of just a few of those solutions, and watching it for free on the website is electrifying.

There is so much in this inspiring presentation that one can get overwhelmed with possibility! At the end, clips of Academy Award-winning filmmaker Louis Psihoyos’ film “Racing Extinction” were shown as they were being projected onto the Empire State Building and then on the Vatican during the COP 21 international climate conference, creating 4.4 billion media impressions worldwide. Psihoyos says that “Once you get 10 percent of the population 100% committed to a cause, it’s unstoppable.” With his films he aims to get 10 percent of the planet aware of the extinction crisis, and he’ll be doing similar projections of his film on iconic buildings worldwide in 2021.

Project Drawdown ultimately is a response to environmentalist Rachel Carson’s pioneering work beginning in the 1960s: “The human race is challenged more than ever before to demonstrate our mastery — not over nature but of ourselves.”  Rather than feeling climate change is something that’s happening to us, Paul Hawken asks us to consider that “global warming is happening for us — an atmospheric transformation that inspires us to change and re-imagine everything we make and do.”  If we do that, he says, we begin to live in a different world.

Cher Gilmore is a community organizer, writer, and editor living in Southern California. She believes that addressing climate change is the number one requirement for human survival, and spends most of her time organizing around and writing about this issue. For a full inspirational experience, consider taking in the recording of “Drawdown 2020 — The Time is Now,” under News and Events on drawdown.org.