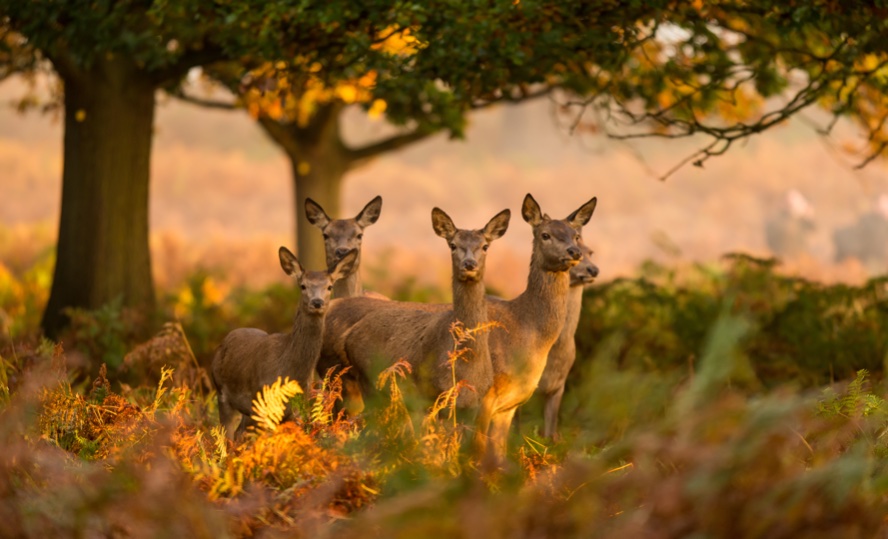 A biodiversity crisis is reducing the variety of life on Earth. Under pressure from land and water pollution, development, overhunting, poaching, climate change and species invasions, approximately 1 million plant and animal species are at risk of extinction.

One ambitious proposal for stemming these losses is the international initiative known as 30×30: conserving and protecting at least 30% of Earth’s surface, on land and at sea, by 2030.

Currently, 112 countries support this initiative, including the United States. More nations may announce their support at the international biodiversity conference that opens Dec. 7, 2022, in Montreal.

Scientists say that protecting 30% of Earth’s surface will help species and ecosystems recover from the stresses that are depleting them. It also will conserve valuable services that nature provides to humans, such as buffering coasts from storms and filtering drinking water. Protecting forests and grasslands can help slow climate change by promoting carbon storage in soil and plants.

As researchers in ecology, conservation and global sustainability, we study biodiversity around the world, from giant pandas deep in the forests of China to sea lions along the shorelines of New Zealand. Saving a wide variety of living things requires striking a balance between the needs of nature and people, and a global, holistic perspective. We believe a metacoupling approach, which looks at human-nature interactions within and across different areas, can help achieve the 30×30 goal.

What Is A Protected Area?

Since 30×30 focuses on protecting space for wild nature, many people assume it means setting swaths of land or ocean aside and keeping people out of them. But that’s not always true.

As of mid-2021, 16.64% of the world’s land and 7.74% of its oceans were in protected areas. The International Union for the Conservation of Nature, a partnership of governments and civil society groups that tracks the health of the natural world, classifies protected areas in six categories:

Many countries’ 30×30 conservation pledges are likely to include areas such as forests and grasslands that are open for recreation, logging, livestock grazing and other uses.

Scientists agree that protected areas need to include a large variety of species, ecosystems and habitats that the 30×30 initiative aims to conserve. There are many ways to choose and prioritize new areas for protection. Criteria can include the species, habitats and ecosystems that an area contains; its connections to other protected areas; how large and intact an area is; and the benefits it provides to people who live in, near and far from it.

Some scientists contend that the top priorities should be places that are still ecologically intact and virtually untouched by humans. But only about 3% of the Earth’s land and oceans are still in this state. And even wilderness areas can’t escape the effects of climate change caused by human activities elsewhere.

Over 58% of our planet’s land and 41% of its oceans are already under moderate to intense human pressure. This means that most newly protected areas will effectively be works in progress, with restoration projects to help species recover, improve habitat quality and make ecosystems healthier.

Another 40% of land and 10% of oceans have experienced relatively low impacts from human activities. Terrestrial ecosystems with the lowest human footprints include tundra, boreal forests and deserts. At the other extreme, tropical, subtropical and temperate forests are at the highest risk.

In the oceans, areas with the lowest human pressures are near the poles or in polar regions. Coral ecosystems, which are home to 25% of all marine life, are under the most pressure.

It isn’t always possible to protect large areas. Some scientists argue that small areas can still successfully protect species, but others disagree. In our view, what ultimately matters is how multiple protected areas are connected and how close they are to each other.

Connections can develop naturally, like the flyways that migrating birds use to travel between continents. Or they can be structures built by humans, such as wildlife bridges over highways. Connecting protected areas is important because it promotes genetic diversity and makes it possible for species to move in response to climate change and other threats.

Given all these factors, selecting protected areas can get complicated. Based on our research, we think that a holistic approach can make 30×30 feasible and effective. It has three parts.

This approach is guided by the metacoupling framework, which is an integrated way to study and manage human-nature interactions within and between different places. It recognizes that human and natural systems in a given place can be affected for better or worse by people, policies and markets both nearby and far away.

At Wolong Nature Reserve in southwestern China, one of us, Jack Liu, has worked with Chinese collaborators to understand and manage human-nature interactions in ways that support the recovery of a global wildlife icon – giant pandas. Wolong, which is now part of China’s Giant Panda National Park, was one of the first and largest panda reserves in China, and also houses numerous other rare animals and plants. It is also home to almost 6,000 people.

Forest is an important part of panda habitat, but over time the human population in Wolong grew and needed more resources, such as wood for cooking and heating or to make goods for visiting tourists. In a 2001 study, our team showed that panda habitat in Wolong declined faster after the reserve was established in 1975 than it had before that time. Increasing demand for wood was degrading and fragmenting the forest and negatively affected panda population numbers.

To reverse this trend, our team worked with the Chinese government to provide more financial support to the local community in the early 2000s. This increased household incomes and reduced the need to harvest wood.

Taking a broad geographic view of the pandas’ situation helped to produce a positive outcome. Recognizing that panda habitat was being affected not just by human-nature interactions inside Wolong but also by interactions between Wolong and adjacent and distant places showed that conservation subsidies from the faraway central government in Beijing could improve protection for Wolong forests.

In 2016 the International Union for Conservation of Nature downlisted and reclassified giant pandas from endangered to vulnerable. Today there are an estimated 1,800 giant pandas in the wild, thanks partly to government subsidies that helped strike a balance between humans’ needs and those of pandas.

All protected areas are influenced by human actions both nearby and far away. We believe that creating and managing protected areas using a holistic metacoupling approach will make it easier to achieve the 30×30 goal and make sound decisions that sustain nature and human well-being around the world.

Veronica Frans is a quantitative ecologist and a fifth-year PhD candidate in Fisheries & Wildlife and Ecology, Evolutionary Biology & Behavior at Michigan State University (MSU). She has bachelor’s degrees in Environmental Science and French, and dual master’s degrees in International Nature Conservation. She specializes in ecology, geographic information systems, programming, statistics, and community outreach and engagement.

Jianguo “Jack” Liu is a human-environment scientist and sustainability scholar and the Rachel Carson Chair in Sustainability at Michigan State University. He takes a holistic approach to addressing complex human-environmental challenges through systems integration, which means he integrates multiple disciplines such as ecology and social sciences.