“If this is true, we are witnessing a moment of history,” said plasma physicist Arthur Turrell. 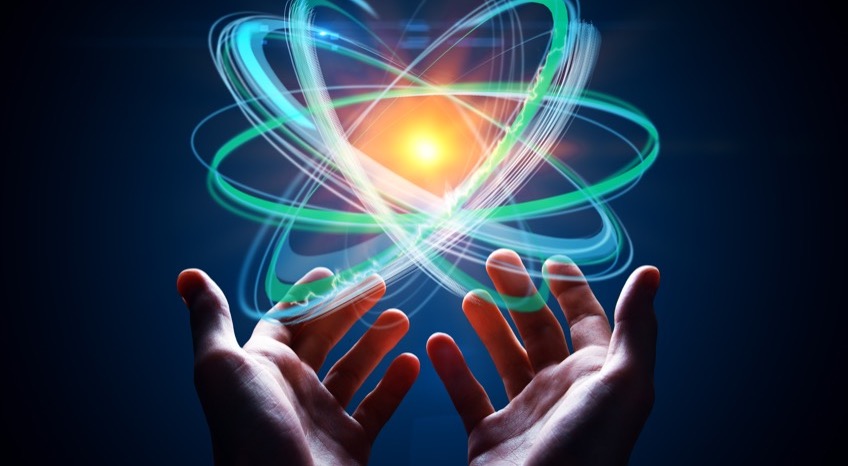 After decades of experimentation and billions of dollars in public investment, U.S. government scientists have reportedly achieved a major “breakthrough” in fusion energy technology, a potential game-changer in the critical pursuit of clean, reliable, and low-cost alternatives to fossil fuels and conventional nuclear power.

Citing unnamed sources with knowledge of the results, the Financial Times reported Sunday that scientists at a federal laboratory in California successfully produced “a net energy gain in a fusion reaction for the first time,” a milestone that the Biden administration is expected to announce publicly on Tuesday.

“Physicists have since the 1950s sought to harness the fusion reaction that powers the sun, but no group had been able to produce more energy from the reaction than it consumes,” the newspaper observed. “The federal Lawrence Livermore National Laboratory in California, which uses a process called inertial confinement fusion that involves bombarding a tiny pellet of hydrogen plasma with the world’s biggest laser, had achieved net energy gain in a fusion experiment in the past two weeks.”

The experiment, according to people aware of the outcome, produced more energy than expected, damaging some of the facility’s equipment.

Arthur Turrell, a plasma physicist and author, wrote on Twitter that “if this is true, we are witnessing a moment of history: controlling the power source of the stars is the greatest technological challenge humanity has ever undertaken.”

“Scientists have struggled to show that fusion can release more energy out than is put in since the 1950s, and the researchers at Lawrence Livermore seem to have finally and absolutely smashed this decades-old goal,” Turrell continued. “This experimental result will electrify efforts to eventually power the planet with nuclear fusion—at a time when we’ve never needed a plentiful source of carbon-free energy more!”

Leah Stokes, a political scientist and energy policy expert, added that “the importance of this news cannot be overstated.”

“I’ve been hearing for a few months now (to say nothing of a few decades) that a fusion breakthrough was imminent,” Stokes wrote. “It seems U.S. scientists have finally done it.”

The world-changing potential of fusion power—touted by proponents as “the holy grail of clean energy”—has spurred an intensifying global push among governments and private interests to accelerate progress in the field, particularly as greenhouse gas emissions continue to shatter records while policymakers refuse to phase out fossil fuel development and use.

Scientists have repeatedly warned that world governments are running out of time to prevent the worst of the climate emergency, adding further urgency to fusion research and development initiatives.

According to the International Atomic Energy Agency (IAEA), fusion can generate nearly four million times more energy than the burning of oil and coal. Sehila Maria Gonzalez de Vicente, a nuclear fusion physicist with the IAEA, said last year that “there is new confidence that fusion as a source of energy is becoming a reality, and one clear indication of this is the flow of private capital into it.”

“This is happening not only in USA or U.K., but also in Europe, China, Japan, Australia,” she noted. “Similarly to the speedy development of the Covid-19 vaccine, when a technology is urgently needed and attracts investment and international collaboration, it can happen much sooner than predicted.”

In addition to promoting proven clean-energy solutions such as wind and solar, the Biden administration has prioritized fusion energy technology as a key tool in the fight against climate change. The Washington Post notes that fusion energy projects “are among the front of the line for the tens of billions of dollars in subsidies and grants authorized through the major climate package Biden signed over the summer, called the Inflation Reduction Act.”

While welcoming the apparent scientific breakthrough in fusion energy—which does not emit planet-warming greenhouse gases—some expert observers warned that widespread and commercial use of the technology is likely still decades away, appending a cautious note to celebrations of the historic achievement at the federal lab in California.

“This is a breakthrough in an experimental government fusion facility—using giant lasers in a lab originally designed to simulate nuclear explosions. But this is nowhere near being a practical breakthrough in any real-world setting,” argued climate scientist Jonathan Foley, executive director of the advocacy organization Project Drawdown, offering an assessment of the news that others echoed.

“Every so often—for decades—we hear about a big breakthrough in fusion. But then we hear it’s still ‘decades away’ from any practical application,” Foley added. “It’s been ‘decades away’ since the 1960s and still is.”

Jake Johnson is a staff writer for Common Dreams.