Staying Human in a Time of Climate Change: New Author on Science, Grief, and Hope

For geographer and author M Jackson, knowing climate science isn’t enough. We need to get our hearts involved too.

Author M Jackson’s While Glaciers Slept: Being Human in a Time of Climate Change was released last week by Green Writers Press. In the book, Jackson’s first, she examines climate change by combining personal stories with scientific exploration. As both a scientist and a writer by trade, Jackson studied climate change and how to communicate science through writing at the Environmental Science Graduate Program at the University of Montana.

“I wanted to explore our capacity to experience personal loss—the loss of family, the loss of lovers, the loss of a local landscape, the loss of certainty in the weather—to grieve profoundly while simultaneously not giving in,” Jackson says.

“Climate change, like the loss of parents, necessitates an experience of grieving.”

In the opening pages of While Glaciers Slept, Jackson explains that both her parents died of cancer within two years of one another while she was in her twenties. Her experiences of loss, and the despair that followed, is the central current of her book.

“Climate change, like the loss of parents, necessitates an experience of grieving,” the 32-year-old author says. “That also includes picking up the pieces and moving forward into futures that are shapeable and malleable and hinged upon millions of individual imaginations.” 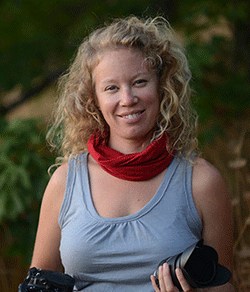 Jackson expertly pairs her loss, grief, and anger with the scientific exploration of our Earth and solar system. When she opens a chapter with learning of her father’s cancer for the first time, readers end up in a discussion about the history of wind power as a human energy source (it starts in seventh century Afghanistan, for the record).

Bill McKibben, who wrote the introduction to While Glaciers Slept, draws on the duality of Jackson’s book by asking if our big human brain “has come attached to a big enough heart to get us out of the trouble we’re in.” Jackson herself hopes blurring the distinction between the heart and the brain will help humans make it through this period.

The jacket of Jackson’s book describes her as an adventurer, and the word seems to fit her well. As a trip leader with the National Geographic Student Expeditions, Jackson takes students on field assignments to study different cultures and the diversity of the natural world. Currently, she’s heading to Iceland, and then Alaska, on a tour of lectures about climate change. Despite her busy schedule, Jackson has managed to find the time to also become a Ph.D. candidate in geography at the University of Oregon. Once her lecture tour is done, she will head back to Iceland for nine months of doctoral research on the effects of glacial loss on the Icelandic people.

“My heart tends to filter my mind.”

In the midst of her adventuring, I chatted with Jackson over email about her book, the vulnerability of writing about loss, and how she remains hopeful when confronted by the challenge of climate change.

This interview has been lightly edited.

Christopher Zumski Finke: You could have written one book about climate change, and another one about how you’ve coped with the death of your parents. Instead, you combined them into a single book. Why?

M Jackson: After my mother died, I was numb, in shock, and having a difficult time engaging with the world. In many ways, I just turned off. It was too much to handle. But while my heart was in pieces and tucked down in the darkest basement, my mind kept telling me not to stay in that grief-stricken landscape for too long—or I might not come back. So I started writing—because, for me, writing makes me feel like I am participating in the world. I started writing about my mother.

But then my father died, and there I was, numb and in shock again. And my heart was not coming out of that dark basement. Eventually, when my mind piped up and started chatting, it drew analogies between what I was experiencing—the loss of my parents—and what I was researching—climate change. The language for both is quite similar. This is what I focused on. 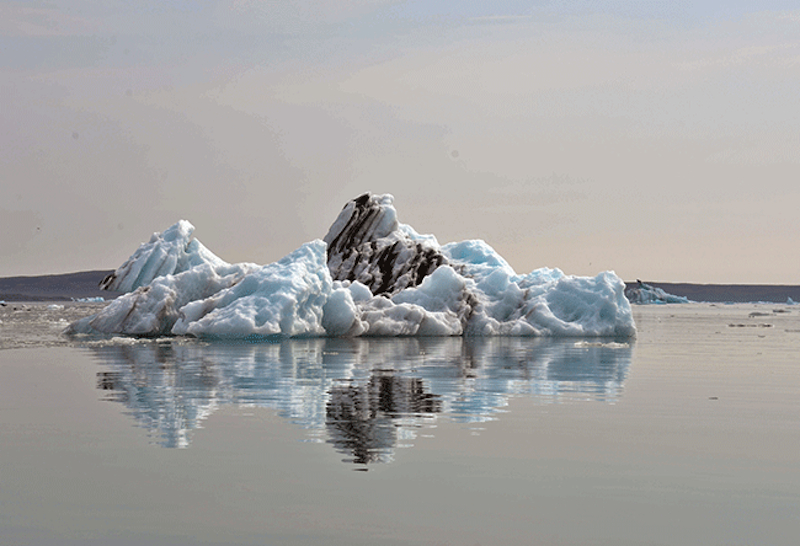 Zumski Finke: Your book explores the loss you felt, and pairs it with climate change, energy solutions, and scientific discovery. Big heart and big brain, as Bill McKibben puts it in your book’s intro. Are you a heart or head person?

Jackson: I am both a big heart and a big brain person, but I think my heart tends to filter my mind.