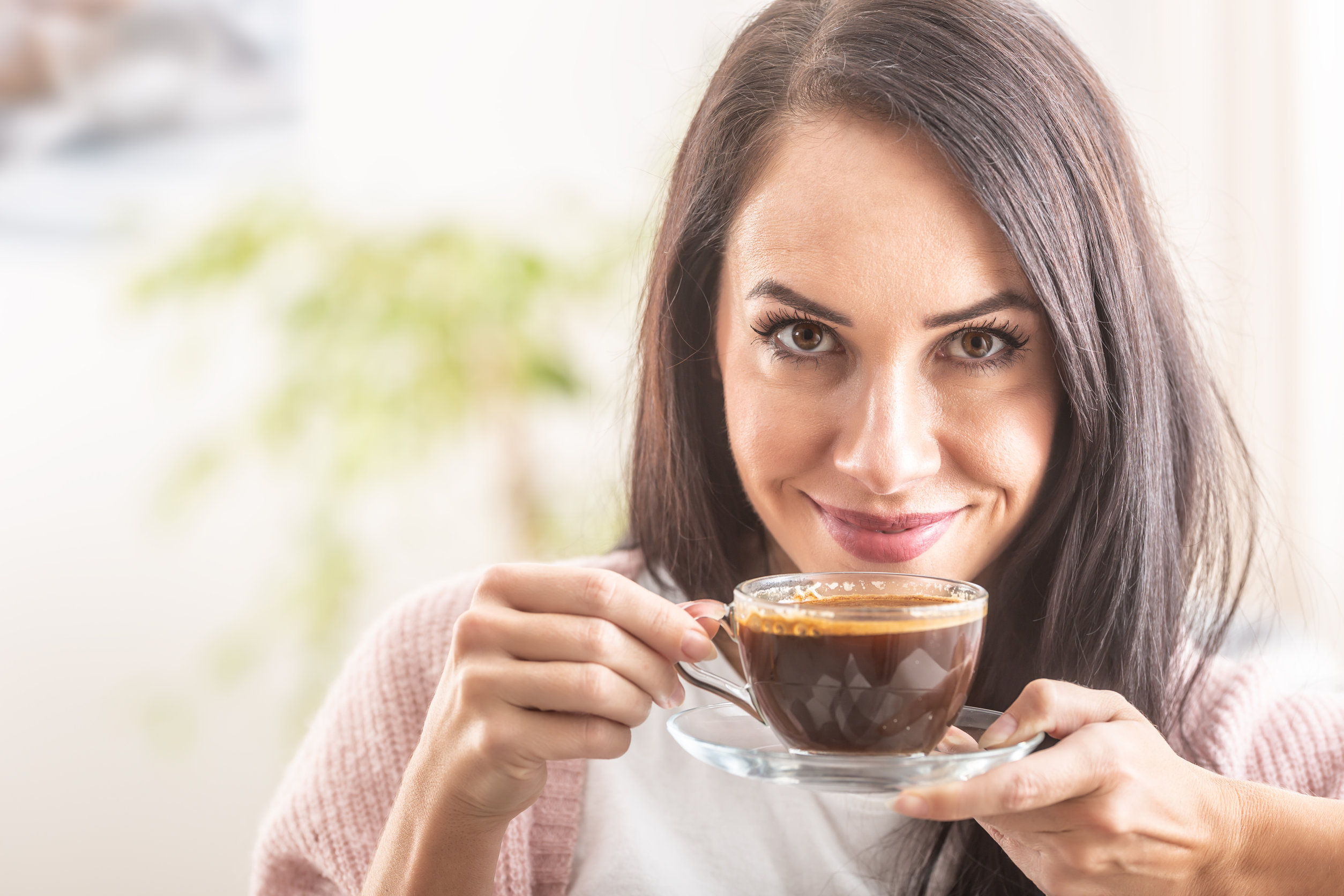 Sucralose (sold under the brand name Splenda) was approved by the U.S. Food and Drug Administration (FDA) in 19981 as a tabletop sweetener and for use in products such as baked goods, nonalcoholic beverages, chewing gum, frozen dairy desserts, fruit juices and gelatins.

It’s also permitted as a general-purpose sweetener for processed foods. (In the European Union, sucralose is known under the additive code E955.)2 The approval was given after the FDA supposedly reviewed more than 110 animal and human safety studies, but of these 110 studies, only two were done on humans, and the longest one lasted just four days.

I knew the approval of sucralose was a nearly identical mistake that the FDA made with aspartame, which is why I wrote my book, “Sweet Deception,” in 2006, despite the fact Johnson & Johnson threatened to sue me if I published it. It is certainly vindicating to see the studies confirm what I wrote about in my book over 12 years ago. And the video I made above was shot over seven years ago.

Artificial sweeteners like aspartame and sucralose may have zero calories, but your body isn’t fooled. When hit with a “sweet” taste, your body expects calories to follow, and when this doesn’t happen, it causes biochemical distortions that can result in weight gain, metabolic dysfunction and other health problems.

Different artificial sweeteners have been found to wreak havoc in a number of different ways. Aspartame, for example, has a long list of studies detailing harmful effects ranging from brain damage to preterm delivery. Sucralose, meanwhile, has been found to be particularly damaging to your gut. Research3 published in 2008 found sucralose:

In response to this study, James Turner, chairman of the national consumer education group Citizens for Health issued the following statement:4

“The report makes it clear that the artificial sweetener Splenda and its key component sucralose pose a threat to the people who consume the product. Hundreds of consumers have complained to us about side effects from using Splenda and this study … confirms that the chemicals in the little yellow package should carry a big red warning label.”

Sucralose Is Metabolized And Stored In Your Body

Needless to say, the industry has vehemently defended sucralose (and all other chemical sweeteners), stating that it rapidly passes unmetabolized through your body and therefore has no biological effects. Alas, recent research has punched yet another giant hole in the argument that sucralose is a biologically inert chemical, showing it is in fact metabolized and that it accumulates in fat cells.

The study5 in question was published in the online version of the Journal of Toxicology and Environmental Health August 21, 2018. An interview with the authors can be found on Inverse.6

Ten rats were given an average dose of 80.4 milligrams (mg) of sucralose per kilo per day (k/day) for 40 days. According to the researchers, this dosage is “within the range utilized in historical toxicology studies submitted for regulatory approval in North America, Europe and Asia.”

Urine and feces were collected daily from each rat, and were analyzed using ultrahigh performance liquid chromatography tandem mass spectrometry (UHPLC–MS/MS), which “revealed two new biotransformation products that have not previously been reported.”

The two metabolites are acetylated forms of sucralose that are lipophilic, meaning they dissolve in and combine with fats. Sucralose itself is far less lipophilic, which has been part of the safety argument. According to the authors:

“These metabolites were present in urine and feces throughout the sucralose dosing period and still detected at low levels in the urine 11 days after discontinuation of sucralose administration and six days after sucralose was no longer detected in the urine or feces.

The finding of acetylated sucralose metabolites in urine and feces do not support early metabolism studies, on which regulatory approval was based, that claimed ingested sucralose is excreted unchanged (i.e., not metabolized).

The historical metabolic studies apparently failed to detect these metabolites in part because investigators used a methanol fraction from feces for analysis along with thin layer chromatography and a low-resolution linear radioactivity analyzer.

Further, sucralose was found in adipose tissue in rats two weeks after cessation of the 40-day feeding period even though this compound had disappeared from the urine and feces.”

So, not only is sucralose metabolized, these metabolites accumulate in your fat tissues, where they remain for “an extended period of time” after you stop consuming sucralose. In all, these findings led the authors to conclude:

“These new findings of metabolism of sucralose in the gastrointestinal tract and its accumulation in adipose tissue were not part of the original regulatory decision process for this agent and indicate that it now may be time to revisit the safety and regulatory status of this organochlorine artificial sweetener.”

Sucralose Is Not An Inert Compound

Previous research has also noted that sucralose is not a biologically inert compound, as claimed. In the 2013 paper,7 “Sucralose, a Synthetic Organochlorine Sweetener: Overview of Biological Issues,” the authors state, in part:

“Sucralose and one of its hydrolysis products were found to be mutagenic at elevated concentrations in several testing methods … Both human and rodent studies demonstrated that sucralose may alter glucose, insulin and glucagon-like peptide 1 levels. Taken together, these findings indicate that sucralose is not a biologically inert compound.”

Importantly, the study also notes that “Cooking with sucralose at high temperatures … generates chloropropanols, a potentially toxic class of compounds.” Yet, Splenda is frequently recommended for cooking and baking,8 and is often used in processed foods in which high heat was involved.

Chloropropanols, which are still poorly understood, are thought to have adverse effects on your kidneys and may have carcinogenic effects.9 However, it’s worth noting that chloropropanols are part of a class of toxins known as dioxins, and dioxins are known to cause cancer and endocrine disruption.

Sucralose May Cause Liver Damage

Another study10 published online August 2, 2018, in the journal Morphologie, found sucralose caused “definite changes” in the liver of treated rats, “indicating toxic effects on regular ingestion.” According to these researchers, their findings suggest “sucralose would be taken with caution to avoid hepatic damage.”

In other words, regularly using Splenda could damage your liver. Here, adult rats were given a much higher (yet nonlethal) oral dose of sucralose — 3 grams (3,000 milligrams) per kilo body mass per day for 30 days, after which the animals’ livers were dissected and compared to the livers of unexposed controls. According to the authors:

“Experimental rats showed features of patchy degeneration of hepatocytes along with Kupffer cells hyperplasia, lymphocytic infiltration, sinusoidal dilatation and fibrosis indicating a definite hepatic damage on regular ingestion of sucralose. Sinusoidal width was also found to be increased in experimental animals as compared to controls.”

Genotoxicity (DNA damage) and potentially adverse epigenetic effects.11 According to this paper, the acceptable daily intake set for sucralose may in fact be hundreds of times too high to ensure safety

Enlargement of the liver and kidneys14,15

Calcification of the kidneys16,17

Altered glucose, insulin and glucagon-like peptide-1 levels and responses,20 which raises your risk for Type 2 diabetes.

According to the authors, “These data demonstrate that sucralose affects the glycemic and insulin responses to an oral glucose load in obese people who do not normally consume non-nutritive sweeteners”

Alterations in P-glycoprotein (P-gp) levels, which could result in medications used in chemotherapy, AIDS treatment and treatments for heart conditions being shunted back into the intestines, rather than being absorbed by your body22

Commonly Reported Side Effects Of Splenda

If you start searching for adverse events reports, you’ll find scores of people reporting a variety of side effects from using Splenda. The following are common symptoms, usually noticed within a 24-hour period following consumption of a Splenda product:

Are You Having A Reaction To Splenda?

To determine if you’re having a reaction to artificial sweeteners — be it Splenda, aspartame or any of the others — take the following steps:

If you do experience side effects from an artificial sweetener (or any other food additive for that matter), please report it to the FDA (if you live in the U.S.). It’s easy to make a report — just go to the FDA Consumer Complaint Coordinator page, find the phone number for your state and make a call to report your reaction.

Splenda Has Never Been Proven Safe For Human Consumption

The FDA claims they reviewed over 100 studies conducted on Splenda. What I cover in my book, “Sweet Deception,” is what they don’t tell you in that: a) only six of these studies were human trials — and only two of them were published before the FDA approved sucralose for human consumption — and b) the remaining animal studies actually revealed potential health problems, including:23

Dextrose is only 70% as sweet as sucrose, so you’ll end up using a bit more of it for the same amount of sweetness, making it slightly more expensive than regular sugar. Still, it’s well worth it for your health as it does not contain any fructose whatsoever. Contrary to fructose, glucose can be used directly by every cell in your body and as such is a far safer sugar alternative.

This article was brought to you by Dr. Mercola, a New York Times bestselling author. You can view his entire Censored Library of 25 years of health information by subscription through Substack, an information sharing platform.