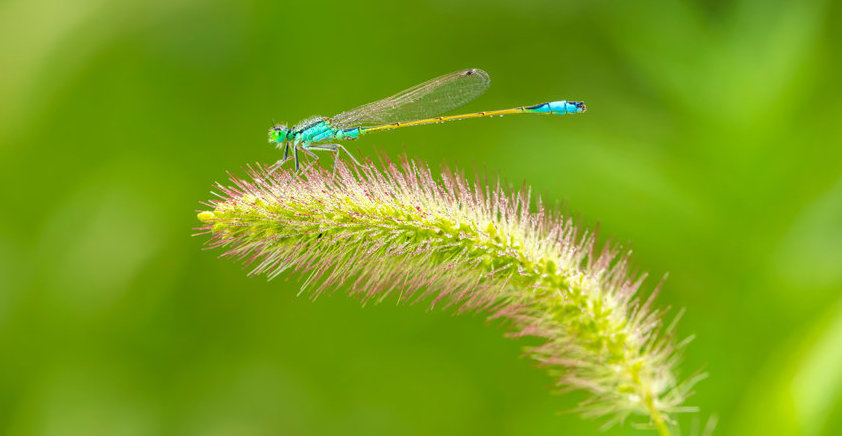 A survey published this week analyzing bug splat on U.K. motorists’ license plates found that the nation’s flying insect population has declined by nearly 60% over the past 17 years, indicating a “terrifying” loss of biodiversity among the planet’s most numerous class of species.

“Declines are happening at an alarming rate and without concerted action to address them we face a stark future.”

“There is a growing amount of evidence of widespread insect population decline. These declines could have catastrophic impacts on the Earth’s natural environment and our ability to survive on the planet,” warns a summary of the Bugs Matter Citizen Science Survey, which was conducted by Buglife and the Kent Wildlife Trust (KWT).

“However, there has not been enough data to draw robust conclusions about trends in insect populations in the U.K., because standardized surveys are not used for all insect groups or at a national scale,” the publication continues. “Our study demonstrates the use of an innovative method for widespread monitoring of insect ‘splat rate’ to investigate changes in insect populations in the U.K. over a 17-year timeframe.”

To collect survey data, U.K. drivers cleaned their front license plates before setting out on essential journeys. After trips, they counted the number of insects on the plate using a “splatometer grill” before submitting photos and count information via the Bugs Matter app.

The data showed the overall number of insects recorded had declined by 58.5% nationwide. England suffered the greatest loss, with 65% fewer insects recorded in 2021 than in 2004, while Wales had 55% fewer, and Scotland saw a decline of 27.9%.

“This vital study suggests that the number of flying insects is declining by an average of 34% per decade—this is terrifying,” Buglife CEO Matt Shardlow told The Guardian. “We cannot put off action any longer, for the health and well-being of future generations this demands a political and societal response. It is essential that we halt biodiversity decline now.”

According to a 2020 British parliamentary report that noted a 38% to 75% loss in bug biomass throughout Europe: “Insects play a pivotal role in natural processes that support other living organisms, and human health and well-being. Roles include pollination, pest and weed regulation, decomposition, nutrient cycling, and provision of food for wildlife and humans.”

KWT conservation director Paul Hadaway told the BBC Thursday that “declines are happening at an alarming rate and without concerted action to address them we face a stark future.”

The U.K. survey’s findings complement those of other studies conducted around the world.

Last month, researchers at University College London’s Center for Biodiversity and Environment Research published one of the largest-ever assessments of global insect population loss, with the paper revealing that “farmland in climate-stressed areas where most nearby natural habitat has been removed has lost 63% of its insects, on average.”

In 2020, 73 international scientists published a roadmap to battle that’s been called the global “bugpocalypse.” The researchers stressed the need to aggressively curb planet-heating greenhouse emissions, reduce use of synthetic pesticides and fertilizers, limit pollution of all types, and fund increased conservation efforts.

Brett Wilkins is a staff writer for Common Dreams.

Find local holistic Garden and Landscaping in the Spirit of Change online directory.