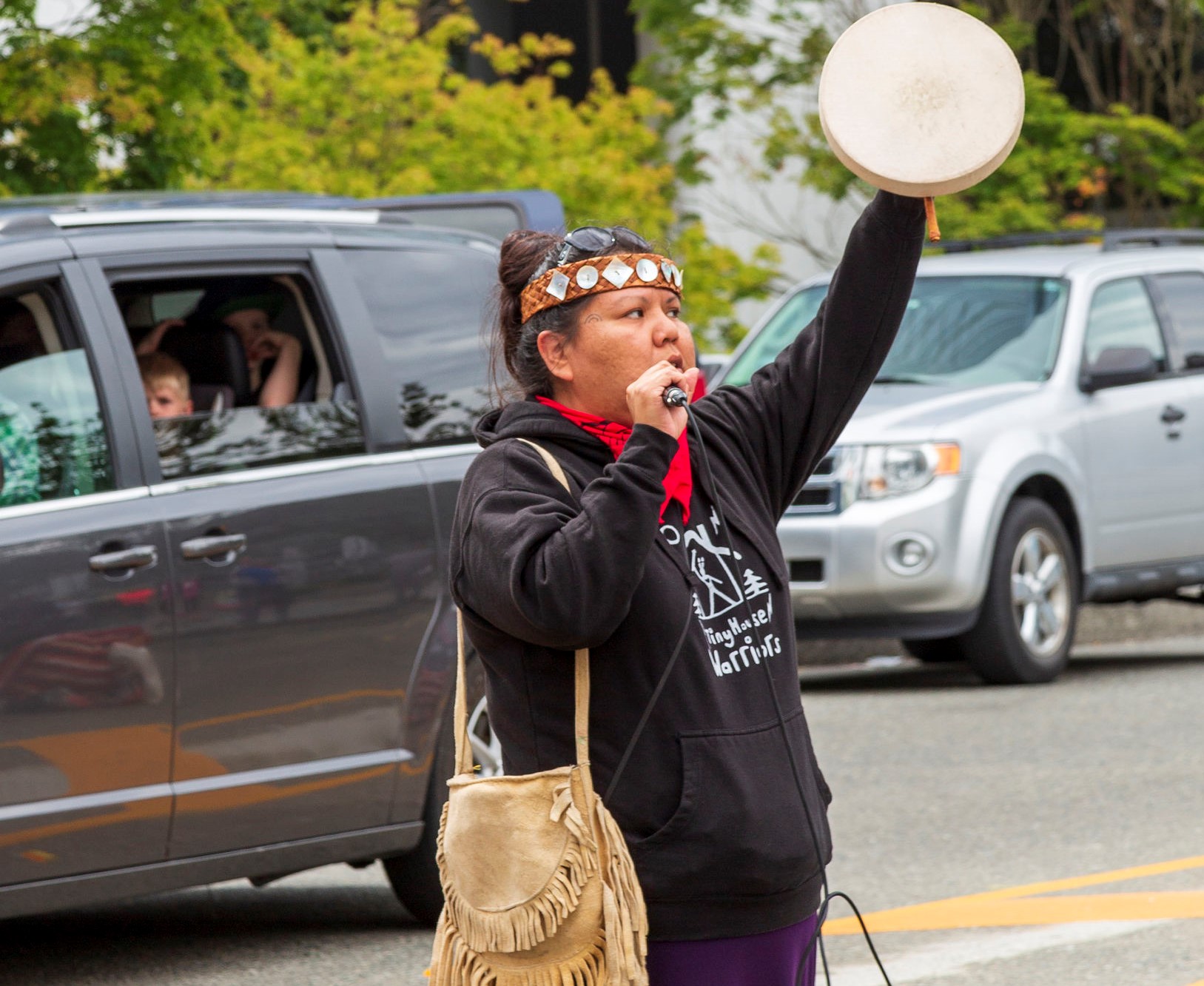 Storytellers are the makers of culture and the shapers of consciousness. The word “author” is from the Latin word auctus, which translates literally to “one who causes to grow.” As storytellers, we plant beliefs that blossom into the structure of the world. In these times, we need a new structure—a narrative built on climate justice.

Think of all the books you’ve read, the movies you’ve seen, the male voices who’ve spoken to you from pages and screens. Think of times when athletes, celebrities, and fictional characters have been your heroes. Did they look like you?

For millennia, storytellers have written about the hero’s journey to celebrate men (particularly men of means or athletic ability) and to uphold the status quo. They become heroes by vanquishing villains who are almost always Brown, foreign, or feminine. The fight for climate justice requires a shift away from stories that elevate the White, male warrior or protector. In these times, the war they are fighting is not against the forces of evil. These supposed heroes today are fighting against the forces of change—much-needed change. Though the faces they’re fighting are the same.

What if none of the heroes in books or movies ever looked like you? What if you always resembled the villain? What if you and everyone else in the world believed in that vision, so when you placed your Brown body in front of a wall of armored police, by default you became the villain and the police became the heroes? And when you cried out from your Brown face, “Water is life!” Your message was not heard as a profound truth, but as defiant madness to be put down. When they tear gas you, turn fire hoses on you, and beat you on live TV, then take you to jail, society looks on and believes justice is being done. This is the tragedy we are living.

Climate protesters are collectively identified as agitators. At the same time, cops are seen as heroes based solely on their chosen occupation. Changing the mythology requires changing how we identify a hero.

As Winona LaDuke said, “Someone needs to explain to me why wanting clean drinking water makes you an activist, and why proposing to destroy water with chemical warfare doesn’t make a corporation a terrorist.” You may have seen this quote before. It’s made the rounds on the internet, but it bears repeating. Every advertiser knows the power of repetition. If you have the money or leverage, you can repeat your message a hundred times an hour. You can repeat it until everyone gets it and buys what you’re selling.

As a culture, we need to learn to celebrate climate defenders as heroes. We need stories that reflect the Brown, foreign, and female among us in a positive light so that their strength is passed on to those who might be inspired to become real heroes. This is how climate defenders, as the heroes they are, will truly save the world.

Fifty years ago, the taming of the Wild West was among the most widely told stories on the planet. On any given weekend, a boy could turn on the TV and see his blue-eyed hero gun down Indians in the street. Classic movie networks rerun these stories in movie marathons so you can watch White men protecting their townsfolk from “savages” all day long. Repetition is how the cowboy and Indian story was sold to the generation of baby boomers who now govern.

Yes, it’s fiction, but it’s also the only representation of Indigenous identity that some people have encountered. Duncan McCue, creator of the journalist’s guide to “Reporting in Indigenous Communities,” was once told by a tribal elder that the only way an Indian would make news “is if he or she were one of the 4Ds: drumming, dancing, drunk, or dead.”

To correct this, and to better steward this planet on which we depend, we must tell stories that celebrate Indigenous world views and values. And then we must repeat them, not just during Indigenous history month, but all day, every day, all week, every week, all year round, every year for decades, until the oversold fallacy that nature must be subdued and “settled” is dispelled and replaced by the truth that nature must be restored and protected.

Elevating Indigenous voices addresses the climate crisis because Indigenous issues are environmental issues, which are human rights issues. When tribes win fights against pipelines and coal trains, your rights to a healthy sustainable world are protected too. When the rights of nature are restored, your rights are restored too.

Scientists usually categorize Indigenous cultures as “hunter-gatherer” societies, but the truth is that before ecological disruption wrought by newcomers, we were more like permaculturists. The Earth cultivates a beautiful variety of sustenance. Before nature was “conquered,” it provided a prosperous way of being, which required a civilized amount of effort together with a deep understanding of the behaviors of native flora and fauna. To be reliant on delicately balanced ecosystems requires an understanding that the consequences of disrupting the balance are hunger, or struggle, or death.

We fight to protect our treaties and the environment because our traditional stories tell us that we are a part of the environment and that people exist within a finite set of circumstances. Part of maintaining those circumstances is celebrating the heroic sacrifices of the beautiful plants and animals that give themselves as food. Yes, salmon as a collective can be heroes, too. And why not? They embody all the characteristics that qualify a hero as worthy of celebration.

Adventurous and brave, they swim from the shallows of their natal rivers out into the perils of the open ocean where their bodies soak up the rich nutrients of the sea. Persistent, resilient, and strong, they swim upstream against swift currents for hundreds of miles to return home to spawn and complete the cycle of life. When they die, the marine-derived nutrients are transferred from their bodies to all the animals, insects, soil, and plants of their original forest home. In this way, their hero’s journey powerfully transforms barren inland landscapes into lush ecosystems. They are a keystone species, meaning without them, the whole system could collapse.

How can storytellers shift global perspectives to make us love salmon and pollinators and clean water more than we love John Wayne or Tony Stark? Keystone species are the heroes we need and should turn to.

People say the youth will solve the climate problem. But if we let matters play out as we wait for our children to create a cultural shift, we are shirking our responsibility to their future. We are also ignoring the risk that climate disasters will become so normalized in their lives that they may not feel a need to take up the mantle of an unsung climate hero, especially when they have only upholders of the status quo as role models.

Renowned Nisqually hero Billy Frank Jr. said, “We have to work together, all of us. … In the status quo we don’t have long. We have to somewhere make a transition.”

Collectively, we can embody a new type of hero that challenges mainstream iconography. We can begin by embracing mythologies aimed at exalting environmental sustainability and social equality in order to have heroes who truly do save the planet.

Rena Priest is a writer and enrolled member of the Lhaq’temish (Lummi) Nation. She is a National Geographic Explorer and holds an MFA from Sarah Lawrence College. On April 1, 2021, she was named the Washington State Poet Laureate, making her the first Indigenous person to hold the title. Learn more at renapriest.com. Connect: Twitter

This article was republished from YES! Magazine