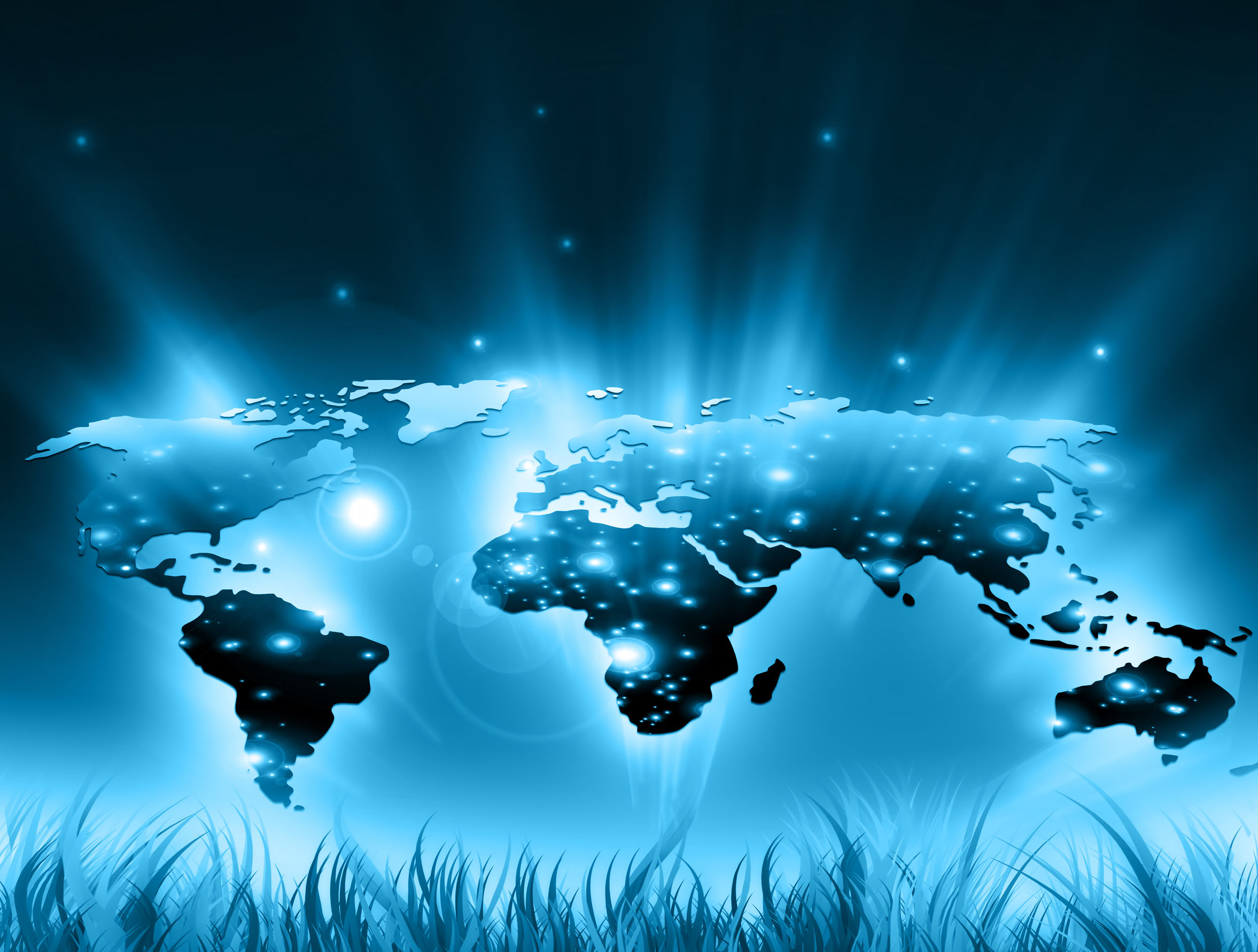 As more and more people around the world are getting vaccinated, one can almost hear the collective sigh of relief. But the next pandemic threat is likely already making its way through the population right now.

My research as an infectious disease epidemiologist has found that there is a simple strategy to mitigate emerging outbreaks: proactive, real-time surveillance in settings where animal-to-human disease spillover is most likely to occur.

In other words, don’t wait for sick people to show up at a hospital. Instead, monitor populations where disease spillover actually happens.

Global health professionals have long known that pandemics fueled by zoonotic disease spillover, or animal-to-human disease transmission, were a problem. In 1947, the World Health Organization established a global network of hospitals to detect pandemic threats through a process called syndromic surveillance. The process relies on standardized symptom checklists to look for signals of emerging or reemerging diseases of pandemic potential among patient populations with symptoms that can’t be easily diagnosed.

This clinical strategy relies both on infected individuals coming to sentinel hospitals and medical authorities who are influential and persistent enough to raise the alarm.

There’s only one hitch: By the time someone sick shows up at a hospital, an outbreak has already occurred. In the case of SARS-CoV-2, the virus that causes COVID-19, it was likely widespread long before it was detected. This time, the clinical strategy alone failed us.

Zoonotic disease spillover is not one and done

It’s not a one-time deal: An “intermediary” animal such as a civet cat, pangolin or pig may be required to mutate the virus so it can make initial jumps to people. But the final host that allows a variant to become fully adapted to humans may be humans themselves.

Viral evolutionary theory is playing out in real time with the rapid development of COVID-19 variants. In fact, an international team of scientists have proposed that undetected human-to-human transmission after an animal-to-human jump is the likely origin of SARS-CoV-2.

Viruses jump species through a process of random mutations that allow them to successfully infect their hosts.

When novel zoonotic viral disease outbreaks like Ebola first came to the world’s attention in the 1970s, research on the extent of disease transmission relied on antibody assays, blood tests to identify people who have already been infected. Antibody surveillance, also called serosurveys, test blood samples from target populations to identify how many people have been infected. Serosurveys help determine whether diseases like Ebola are circulating undetected.

Turns out they were: Ebola antibodies were found in more than 5% of people tested in Liberia in 1982, decades before the West African epidemic in 2014. These results support viral evolutionary theory: It takes time – sometimes a lot of time – to make an animal virus dangerous and transmissible between humans.

What this also means is that scientists have a chance to intervene.

One way to take advantage of the lead time for animal viruses to fully adapt to humans is long-term, repeated surveillance. Setting up a pandemic threats warning system with this strategy in mind could help detect pre-pandemic viruses before they become harmful to humans. And the best place to start is directly at the source.

My team worked with virologist Shi Zhengli of the Wuhan Institute of Virology to develop a human antibody assay to test for a very distant cousin of SARS-CoV-2 found in bats. We established proof of zoonotic spillover in a small 2015 serosurvey in Yunnan, China: 3% of study participants living near bats carrying this SARS-like coronavirus tested antibody positive. But there was one unexpected result: None of the previously infected study participants reported any harmful health effects. Earlier spillovers of SARS coronaviruses – like the first SARS epidemic in 2003 and Middle Eastern Respiratory Syndrome (MERS) in 2012 – had caused high levels of illness and death. This one did no such thing.

Researchers conducted a larger study in Southern China between 2015 and 2017. It’s a region home to bats known to carry SARS-like coronaviruses, including the one that caused the original 2003 SARS pandemic and the one most closely related to SARS-CoV-2.

Fewer than 1% of participants in this study tested antibody positive, meaning they had been previously infected with the SARS-like coronavirus. Again, none of them reported negative health effects. But syndromic surveillance – the same strategy used by sentinel hospitals – revealed something even more unexpected: An additional 5% of community participants reported symptoms consistent with SARS in the past year.

This study did more than just provide the biological evidence needed to establish proof of concept to measure zoonotic spillover. The pandemic threats warning system also picked up a signal for a SARS-like infection that couldn’t yet be detected through blood tests. It may even have detected early variants of SARS-CoV-2.

Had surveillance protocols been in place, these results would have triggered a search for community members who may have been part of an undetected outbreak. But without an established plan, the signal was missed.

From prediction to surveillance to genetic sequencing

The lion’s share of pandemic prevention funding and effort over the past two decades has focused on discovering wildlife pathogens, and predicting pandemics before animal viruses can infect humans. But this approach has not predicted any major zoonotic disease outbreaks – including H1N1 influenza in 2009, MERS in 2012, the West African Ebola epidemic in 2014 or the current COVID-19 pandemic.

Gregory Gray and his team at Duke University recently discovered a novel canine coronavirus at a global “hot spot” through surveillance and genetic sequencing.

Predictive modeling has, however, provided robust heat maps of the global “hot spots” where zoonotic spillover is most likely to occur.

Long-term, regular surveillance at these “hot spots” could detect spillover signals, as well as any changes that occur over time. These could include an uptick in antibody-positive individuals, increased levels of illness and demographic changes among infected people. As with any proactive disease surveillance, if a signal is detected, an outbreak investigation would follow. People identified with symptoms that can’t be easily diagnosed can then be screened using genetic sequencing to characterize and identify new viruses.

This is exactly what Greg Gray and his team from Duke University did in their search for undiscovered coronaviruses in rural Sarawak, Malaysia, a known “hot spot” for zoonotic spillover. Eight of 301 specimens collected from pneumonia patients hospitalized in 2017-2018 were found to have a canine coronavirus never before seen in humans. Complete viral genome sequencing not only suggested that it had recently jumped from an animal host – it also harbored the same mutation that made both SARS and SARS-CoV-2 so deadly.

Let’s not miss the next pandemic warning signal

For example, Cambodia, a country at risk of pandemic avian influenza spillover, established a free national hotline for community members to report animal illnesses directly to the Ministry of Health in real time. Boots-on-the-ground approaches like these are key to a timely and coordinated public health response to stop outbreaks before they become pandemics.

It is easy to miss warning signals when global and local priorities are tentative. The same mistake need not happen again.

Maureen Miller, PhD, is an infectious disease epidemiologist with training in medical anthropology. Her career straddles both the academic and public spheres. Dr. Miller has been involved in applied infectious disease prevention research, programming and policy since the 1990s, has published a number of theoretical and research articles in peer reviewed scientific journals, and has a proven track record in attracting funding for the conduct of innovative research in resource poor settings. While a full-time professor at Columbia, she established Bed Stuy West Community Studies, a successful community-academic health research partnership in the largest Black community in North America. In addition to conducting research, Dr. Miller consults regularly with governments and non-governmental organizations around the world. Her completed projects range from the evaluation of an urban syringe exchange program that resulted in national program expansion, to the development of an analytic framework to evaluate international health programs in terms of health equity and human rights, to the creation of a strategic five year HIV prevention plan for a major U.S. city.

Reprinted from The Conversation under Creative Commons license.