The Solving Of An Overwhelming Logistical Problem 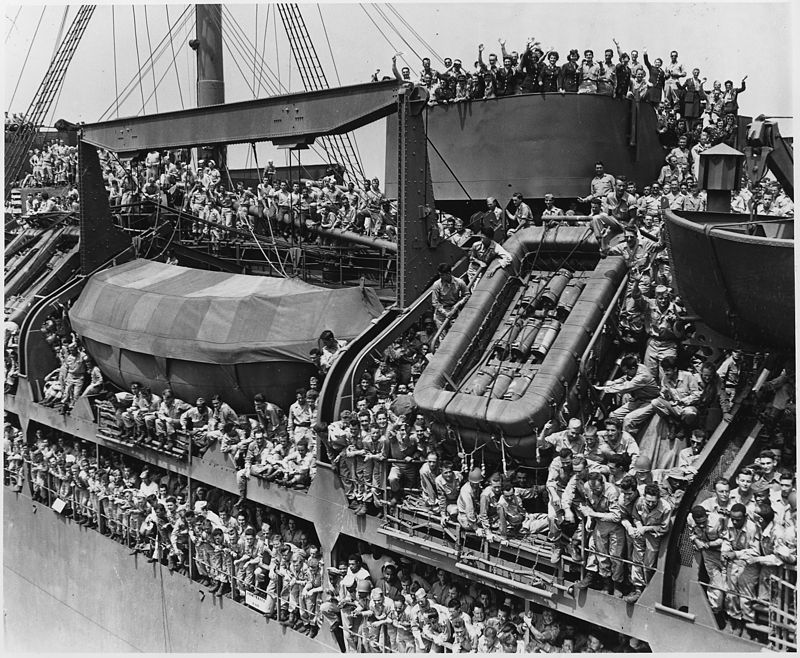 At the end of the war, over 8 million of these men and women were scattered overseas in Europe, the Pacific and Asia. Shipping them out wasn’t a particular problem but getting them home was a massive logistical headache. Army Chief of Staff General George C. Marshall had already established committees to address the issue in 1943.

When Germany fell in May 1945, the US  Navy was still busy fighting in the Pacific and couldn’t assist. The job of transporting 3 million men home fell to the Army and the Merchant Marine. 300 Victory and Liberty cargo ships were converted to troop transports for the task. 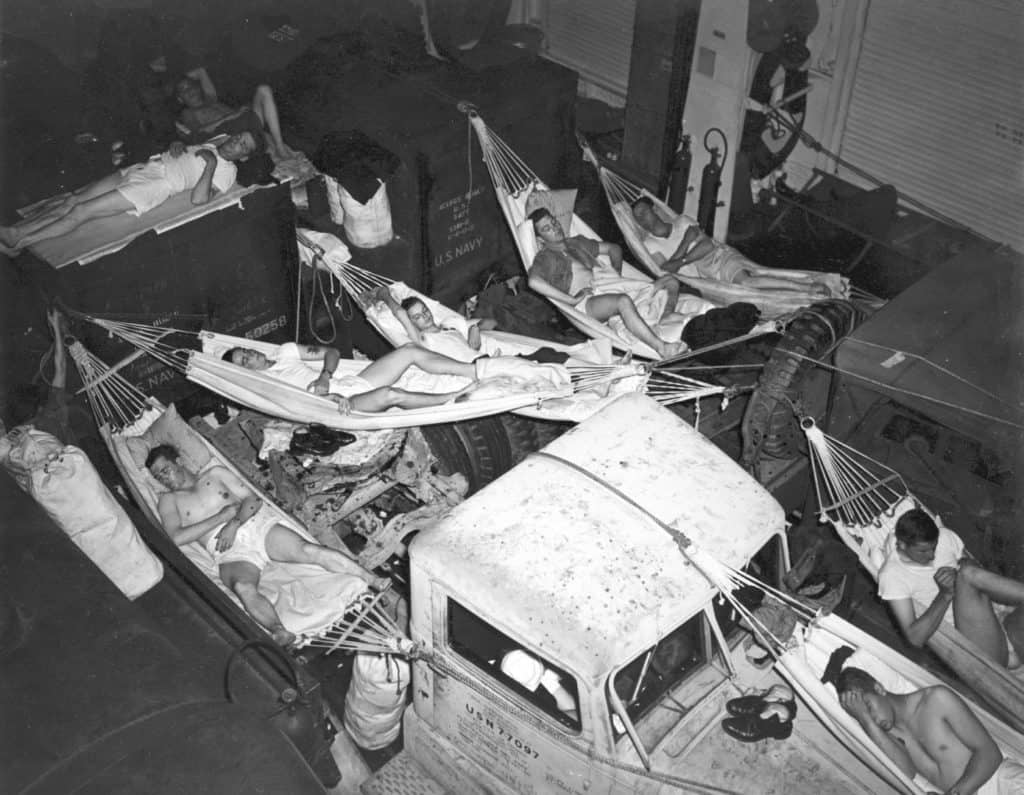 Hammocks crammed into available spaces aboard the USS Intrepid.

In October 1945, with the war in Asia also over, the Navy started chipping in, converting all available vessels to transport duty. On smaller ships like destroyers, capable of carrying perhaps 300 men, soldiers were told to hang their hammocks in whatever nook and cranny they could find. Carriers were particularly useful, as their large open hangar decks could house 3,000 or more troops in relative comfort, with bunks, sometimes in stacks of five welded or bolted in place. 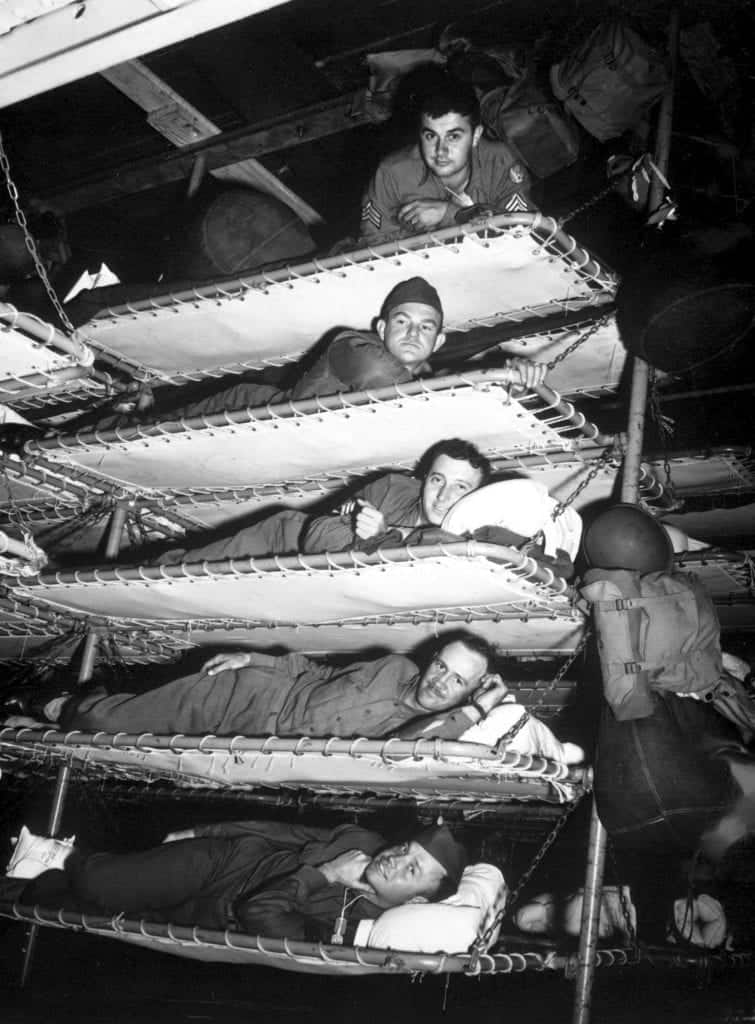 The Navy wasn’t picky, though: cruisers, battleships, hospital ships, even LSTs (Landing Ship, Tank) were packed full of men yearning for home. Two British ocean liners under American control, the RMS Queen Mary and Queen Elizabeth, had already served as troop transports before and continued to do so during the operation, each capable of carrying up to 15,000 people at a time, though their normal, peacetime capacity was less than 2,200. Twenty-nine ships were dedicated to transporting war brides: women married to American soldiers during the war. 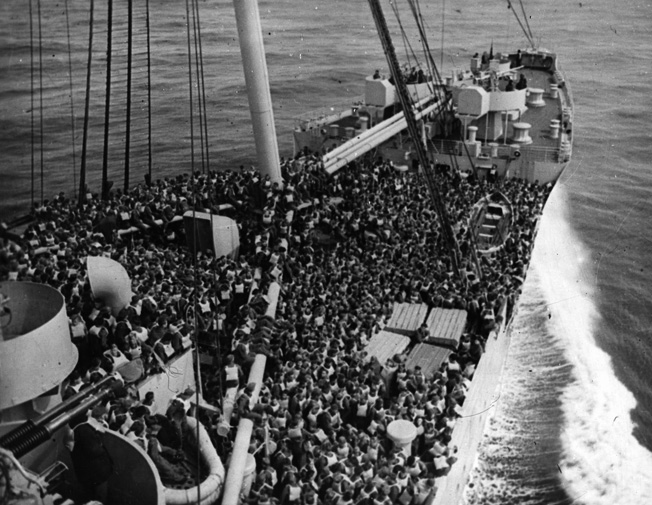 Troops performing a lifeboat drill onboard the Queen Mary in December 1944, before Operation Magic Carpet.

The Japanese surrender in August, 1945 came none too soon, but it put an extra burden on Operation Magic Carpet. The war in Asia had been expected to continue well into 1946, and the Navy and the War Shipping Administration were hard-pressed to bring home all the troops — who now had to get home earlier than anticipated. The transports carrying them also had to collect numerous POWs from recently liberated Japanese camps, many of whom suffered from malnutrition and illness. 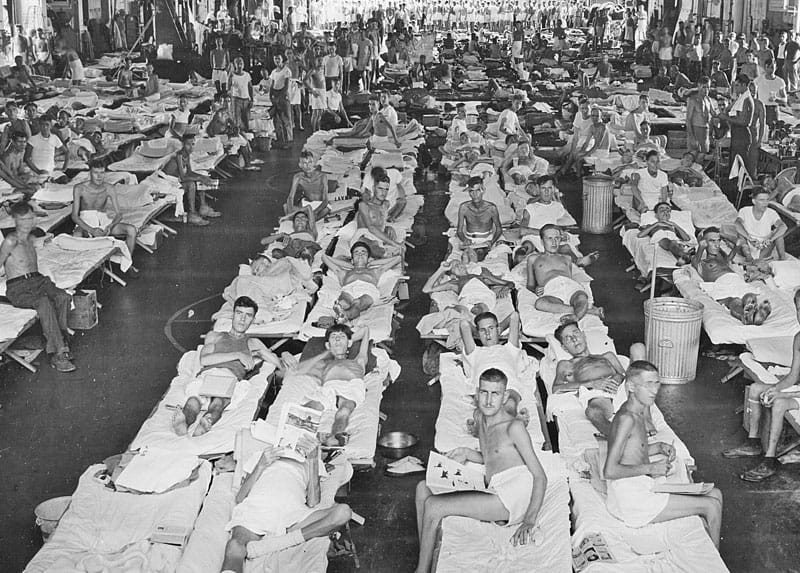 The time to get home depended a lot on the circumstances. The USS Lake Champlain, a brand new Essex-class carrier that arrived too late for the war, could cross the Atlantic and take 3,300 troops home in a little under four days and eight hours. Meanwhile, troops going home from Australia or India, would sometimes spend months on slower vessels. There was enormous pressure on the operation to bring home as many men as possible by Christmas, 1945. Therefore, a sub-operation, Operation Santa Claus, was dedicated to the purpose.

Due to storms at sea and an overabundance of soldiers eligible for the return home, however, Santa Claus could only return a fraction of them in time. Actually, many of the troops got back to American soil, but not quite home. 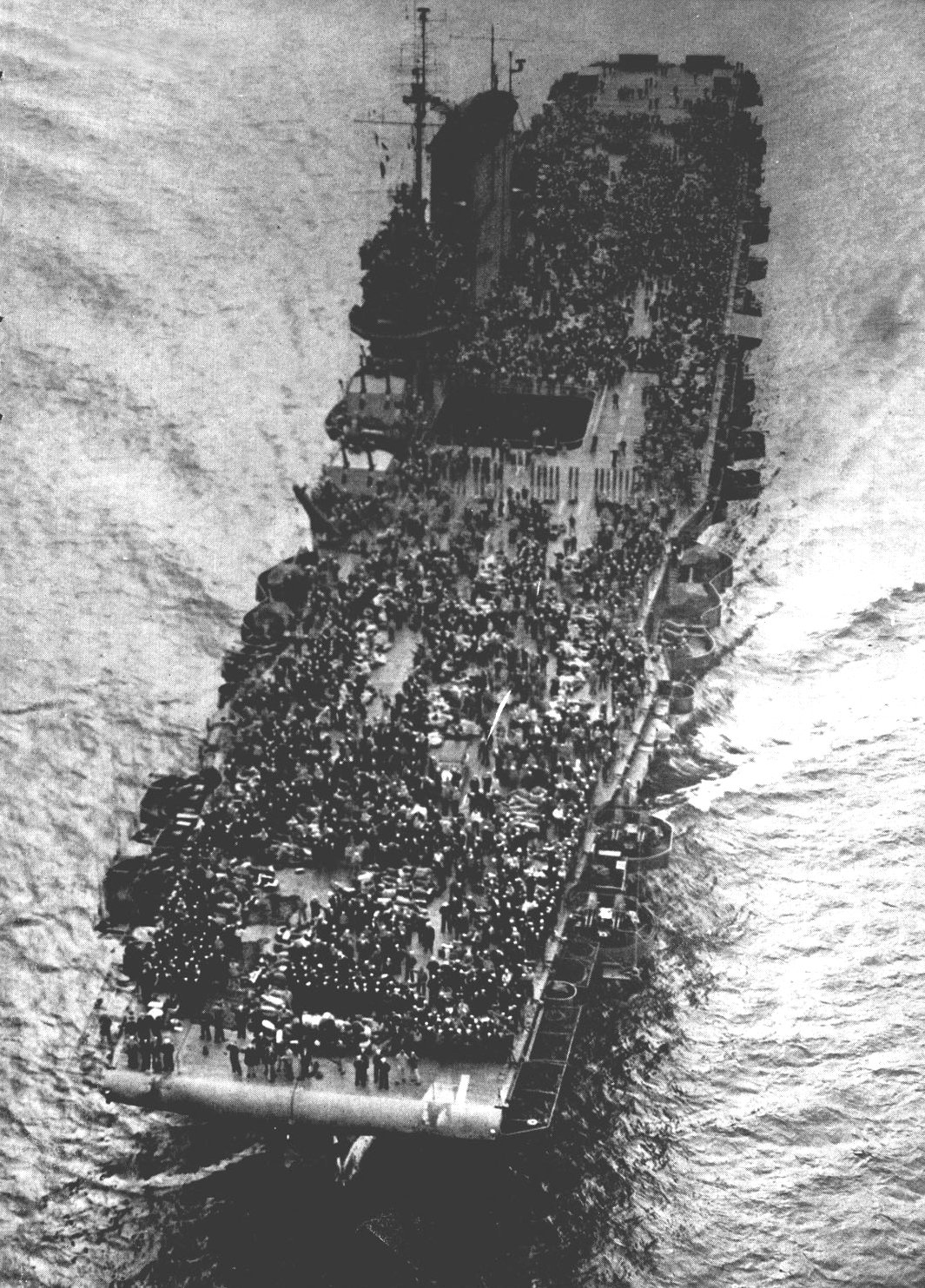 The crowded flight deck of the USS Saratoga.

The USS Saratoga transported home a total of 29,204 servicemen during Operation Magic Carpet, more than any other ship. Many freshly discharged men who found themselves stuck in separation centers were greeted with an outpouring of love and friendliness from the locals. Many townsfolk took in freshly arrived troops, and others invited the boys to Christmas dinner in their homes.

Still others gave their train tickets to soldiers! Many organized quick parties at local train stations for men on layover.

One Los Angeles taxi driver took six soldiers all the way to Chicago; another took another carload of men to Manhattan, the Bronx, Pittsburgh, Long Island, Buffalo and New Hampshire.  Neither of the drivers accepted a fare beyond the cost of gas.

All in all, though, the Christmas deadline proved untenable. The last 29 troop transports, carrying some 200,000 men from the China-India-Burma theater, arrived in America in April, 1946, bringing Operation Magic Carpet to an end. An additional 127,000 soldiers had to wait until September to return home, and finally lay down the burden of war.

A veteran — whether active duty, retired, served one hitch, or reservist – is someone who, at one point in his or her life, wrote a blank check made payable to “The Government of the United States of America,” for an amount of “up to and including his life.”

That is honor, and there are too many people in this country who no longer understand it. Pass this on so others know how great we were united, once upon a time.