The Tragedy Of Sudden Infant Death Syndrome: A Pediatrician Explains How To Protect Your Baby 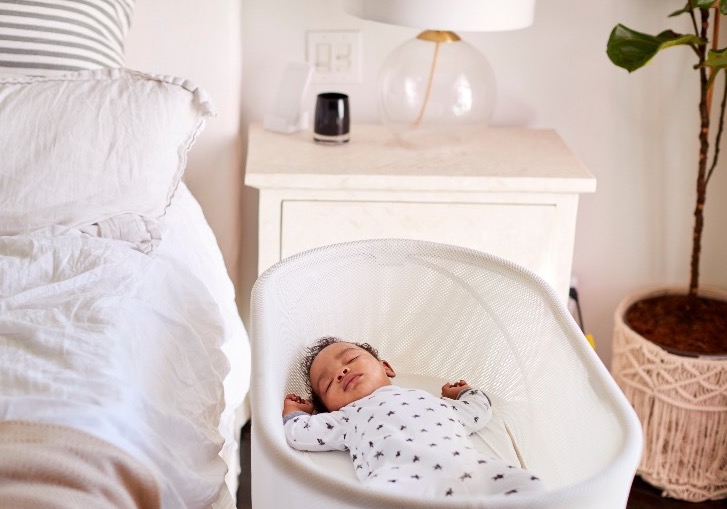 Each year, about 3,400 U.S. infants die suddenly and unexpectedly while sleeping, according to the Centers for Disease Control and Prevention. On Oct. 12, 2022, SciLine interviewed Dr. Rachel Moon, professor of pediatrics at the University of Virginia and the chair of the American Academy of Pediatrics Task Force on Sudden Infant Death Syndrome. Moon discussed the best ways for babies to sleep safely and the recent media reports heralding a study on “the cause” of SIDS.

Rachel Moon: It stands for sudden infant death syndrome, and it is a term that describes when babies die suddenly and unexpectedly. It has been superseded by a more comprehensive term called sudden and unexpected infant death, which encompasses SIDS and then other sleep-related deaths (such as accidental suffocation) and deaths that occur when a baby is sleeping or in a sleep environment.

What exactly causes these babies to die?

Rachel Moon: Ultimately what happens is that, for most babies, there is a lack of arousal. They can’t wake up to respond when they are not getting enough oxygen or there’s too much carbon dioxide in their system. This is not something that you can see in a lab test or blood test or any kind of test. We only find out when the baby has died.

What is the safest way for babies to sleep, and why?

Rachel Moon: We want every baby to sleep on their back on a surface that is firm and flat, which means not inclined, and safety-approved. So, ideally a crib, a bassinet, a playpen or another product that is approved by the CPSC, the Consumer Product Safety Commission. And then nothing should be in that area but the baby. We also want babies to be in a smoke-free environment and ideally to get as much human milk, breast milk, as possible.

What sleeping situations are dangerous for babies?

Rachel Moon: Babies should never, ever, ever sleep on couches, sofas or stuffed armchairs.

What is known about the safety of letting a baby nap in a sling or baby carrier?

Rachel Moon: The thing that we worry about is that when a baby is in that kind of device, the baby’s body position can be such that it blocks their airway or that their face is up against something that can obstruct their airway.

What is known about the safety of letting a baby nap in a car seat?

Rachel Moon: If you are traveling, a car seat is absolutely the safest place for your baby to be. However, when you get to where you’re going, then it is best if you take the baby out of the car seat and then put the baby on a flat, firm surface.

When babies are at an incline, it’s actually harder for them to keep their airway straight. Their heads are really big and heavy for the size of their bodies. And so it takes a lot more work when they are at an angle than if they’re flat on their back. They can develop muscle fatigue, and that can actually be dangerous for them. … There is actually some really compelling biomechanical data that led to the CPSC, the Consumer Product Safety Commission, restricting and hopefully banning inclined sleep products such as rockers and similar products.

What is the evidence on the safety of ‘co-sleeping,’ where babies sleep in bed with their parents?

Rachel Moon: The safest place for your baby to sleep is in a crib or bassinet or another safety-approved device that is next to your bed. We know that babies who sleep in the same bed as their parents are at higher risk for death.

What should parents and other caregivers know about the recent headlines claiming a study had found ‘the cause’ of SIDS?

Rachel Moon: These researchers – they looked at dried blood samples. And these are the tests that are done on your baby when your baby is born to look for genetic diseases.

They took these dried blood samples and looked for a particular chemical that’s in the body called butyrylcholinesterase. And they found it to be at a different level in babies who died from SIDS than babies who did not die from SIDS … While I think it’s an interesting result, and while it may lead to other tests and other studies, at this point, it is not the be-all and end-all.

We don’t have a test that can diagnose who is going to die from SIDS and who’s not. And so you still have to follow the safe sleep guidelines.

Rachel Moon, MD, is the Harrison Distinguished Professor of Pediatrics and the division head of general pediatrics at UVA. She attended Emory University for her undergraduate and medical degrees, and completed her pediatrics residency at Children’s Hospital of Philadelphia. Before joining UVA in 2015, Moon spent two decades working as a pediatrician and in various leadership roles at Children’s National Medical Center in Washington, D.C.