Three Things We Can Learn From Contemporary Muslim Women’s Fashion

Major art museums have realized there is much to learn from clothing that is both religiously coded and fashion forward.

Earlier this year the Metropolitan Museum of Art hosted a fashion exhibition inspired by the Catholic faith titled “Heavenly Bodies: Fashion and Catholic Imagination.” With more than 1.6 million visitors, it was the most popular exhibit in the Met’s history.

In studying how Muslim women dress for over a decade, I realized a deeper understanding of Muslim women’s clothing can challenge popular stereotypes about Islam. Here are three takeaways.

1. Modesty is not one thing

While there are scattered references to modest dress in the sacred written sources of Islam, these religious texts do not spend a lot of time discussing the ethics of Muslim attire. And once I started to pay attention to how Muslims dress, I quickly realized that modesty does not look the same everywhere.

I traveled to Iran, Indonesia and Turkey for my research on Muslim women’s clothing. The Iranian penal code requires women to wear proper Islamic clothing in public, although what that entails is never defined. The morality police harass and arrest women who they think expose too much hair or skin. Yet even under these conditions of intense regulation and scrutiny, women wear a remarkable range of styles – from edgy ripped jeans and graphic tees to bohemian loose flowy separates.

Indonesia is the most populous Muslim nation in the world, but Indonesian women did not wear head coverings or modest clothing until about 30 years ago. Today local styles integrate crystal and sequin embellishments. Popular fabric choices include everything from pastel chiffon to bright batik, which is promoted as the national textile. 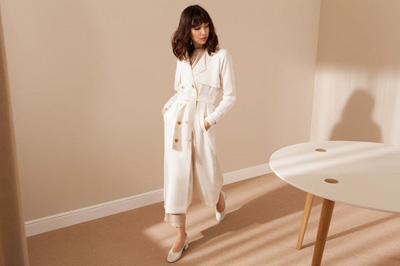 When it comes to Turkey, for much of the last century authorities discouraged Muslim women from wearing pious fashion, claiming these styles were “unmodern” because they were not secular. That changed with the rise of the Islamic middle class, when Muslim women began to demand an education, to work outside the home and to wear modest clothing and a headscarf as they did so. Today local styles tend to be tailored closely to the body, with high necklines and low hemlines and complete coverage of the hair.

A stunning range of Muslim fashions are found here in the United States as well, reflecting the diversity of its approximately 3.45 million Muslims. Fifty-eight percent of Muslim adults in the U.S. are immigrants, coming from some 75 countries. And U.S.-born Muslims are diverse as well. For instance, more than half of Muslims whose families have been in the U.S. for at least three generations are black.

This diversity provides the opportunity for hybrid identities, which are displayed through clothing styles.

Many non-Muslims see Muslim women’s clothing and headscarves as a sign of oppression. It is true that a Muslim woman’s clothing choices are shaped by her community’s ideas about what it means to be a good Muslim. But this situation is not unlike that for non-Muslim women, who likewise have to negotiate expectations concerning their behavior. 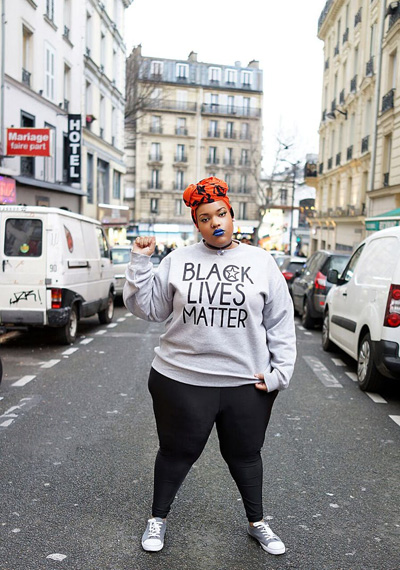 In my book, I introduce readers to a number of women who use their clothing to express their identity and assert their independence. Tari is an Indonesian college student who covers her head at her parents’ objections. Her parents worry that a headscarf will make it harder for Tari to get a job after graduation. But for Tari, whose friends all cover their hair, her clothing is the primary way she communicates her personal style and her Muslim identity.

Nur, who majored in communications at Istanbul Commerce University, dresses modestly but is highly critical of the pressure she sees the apparel industry putting on Muslim women to buy brand-name clothing. For her, Muslim style does not have to come with a high price tag.

Leila works for the Iranian government and considers her off-duty clothing choices a form of civil disobedience. Monday through Friday she wears dark colors and long baggy overcoats. But on the weekends she pushes the limits of acceptability with tight-fitting outfits and heavy makeup – sartorial choices that might get her in trouble with the morality police. She accepts the legal obligation to wear Islamic clothing in public, but asserts her right to decide what that entails.

Designers have also used clothing to protest issues affecting their communities. The de Young exhibit, for example, includes a scarf by designer Céline Semaan to protest against Trump’s travel ban. The scarf features a NASA satellite image of several of the countries whose citizens are denied entry to the U.S , overlaid with the word “Banned.” 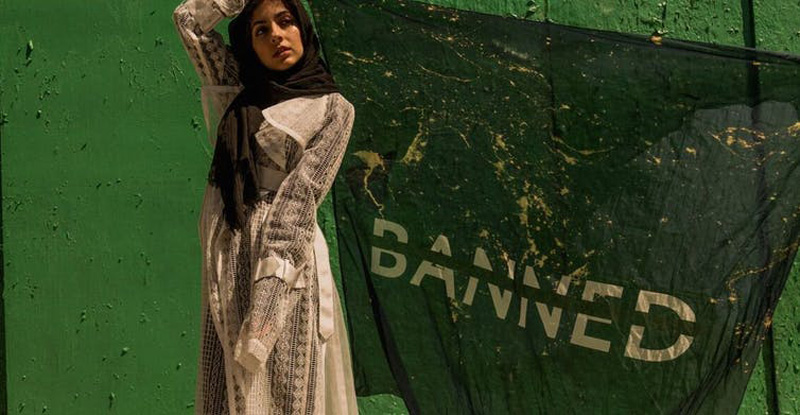 A 2017 Pew survey showed that 50 percent of Americans say Islam is not a part of mainstream society. But as Muslim models and Muslim designers are increasingly recognized by the fashion world, the misperception of Muslims as outsiders has the potential to change.

Muslim models are spokespersons for top cosmetic brands, walk the catwalk for high end designers and are featured in print ads for major labels.

Today clothing inspired by Islamic aesthetics is marketed to all consumers, not just Muslim ones. Take the most recent collection of British Muslim designer Hana Tajima for Uniqlo. In its promotional materials, the global casual wear retailer described the garments as “culturally sensitive and extremely versatile,” clothing for cosmopolitan women of all backgrounds.

To be hip today is to dress in culturally inclusive ways, and this includes modest styles created by Muslim designers and popularized by Muslim consumers. Fashion makes it clear that Muslims are not only part of mainstream society, they are contributors to it.

Liz Bucar is an associate professor in the department of philosophy and religion and Dean’s Leadership Fellow at Northeastern University in Boston. She is also the author of the award-winning Pious Fashion: How Muslim Women Dress (Harvard University Press, 2017). She writes, teaches, and more recently tweets about gender, sexuality, and politics in everyday religious practice. As a comparative ethicist, her interests have taken her to India, Indonesia, Iran, Italy, Spain, and Turkey. Her public scholarship has appeared in The Atlantic, The Los AngelesTimes, and Teen Vogue.

See also:
How To Help Immigrant And Muslim Neighbors
What To Do If You Are Witnessing Islamophobic Harassment